Alliance proves to be the most Premier team

Earlier today, Alliance qualified for the Chinese event G-1 League and now tonight they are also the champions of Premier League. The Swedish powerhouse are on a really hot streak currently.

Earlier this week Alliance had to play Dignitas in the last match of the regular season, a really important game that would settle if they would enter the playoffs or force a four team tiebreaker. This playoffs shows us that this is a team belonging in every playoffs there is. Alliance qualified and went through Fnatic and Virtus.pro to reach the grand final where they were up against Team Liquid. In the end they take the finals 3-0 and claims the title. 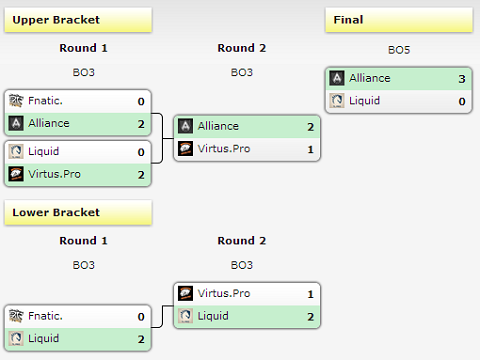 First game goes to Alliance by default because of them coming from Winner Bracket. 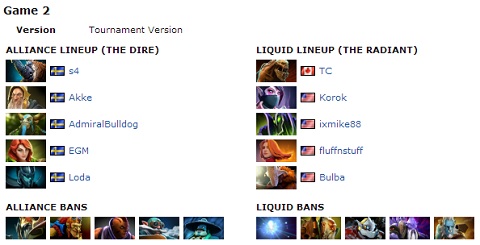 Alliance is basically the only team picking up Phantom Assassin on and off, and it is time to do so again now. However, Alliance does not quite get the farm they want since Liquid contests their trilane with their Jugger-centered lane. Meanwhile, TC handles his safe lane very well with Lifestealer and is off to a good start.

After some early skirmishes with even outcomes, both teams tries to farm up while picking their battles carefully. Liquid comes out on top, getting a few kills midlane on key heroes such as Magnus and Nature's Prophet, followed by Roshan. Eventually they manages to push in bottom lane, taking the tower and the melee barracks before Alliance fends them off. The game is looking well for them. But about now is when the Empowered Phantom Assassin starts to really hurt. Liquid takes another Roshan and falls back to their midlane. Alliance finds a Double Damage-rune for Loda and catches TC and Korok in a Reverse Polarity. Both of them goes down, including the Aegis. Alliance transitions this into taking down more heroes with a few lucky crits followed by two sets of barracks. 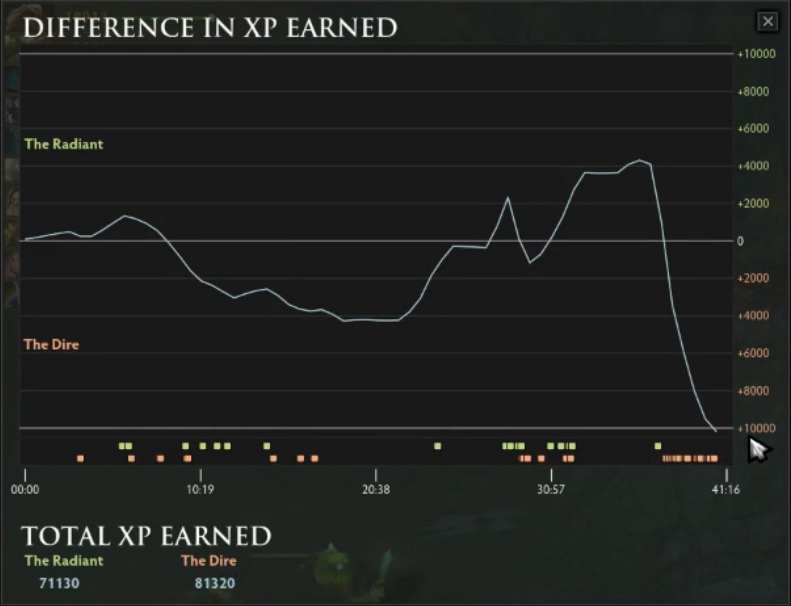 Game 2 expressed with XP graph
As can be seen in the graph above, the game is pretty even until the last sequence where Alliance massively comes out on top. The pink dots at the bottom of the graph compared to the lack of green dots tells the story of in what direction the game is going. Liquid tries out one mid push after that but gets dispersed once again by the clutch play by Alliance, s4 and EGM locking down the big heroes while Loda deals the damage. Liquid calls "good game" right afterwards. 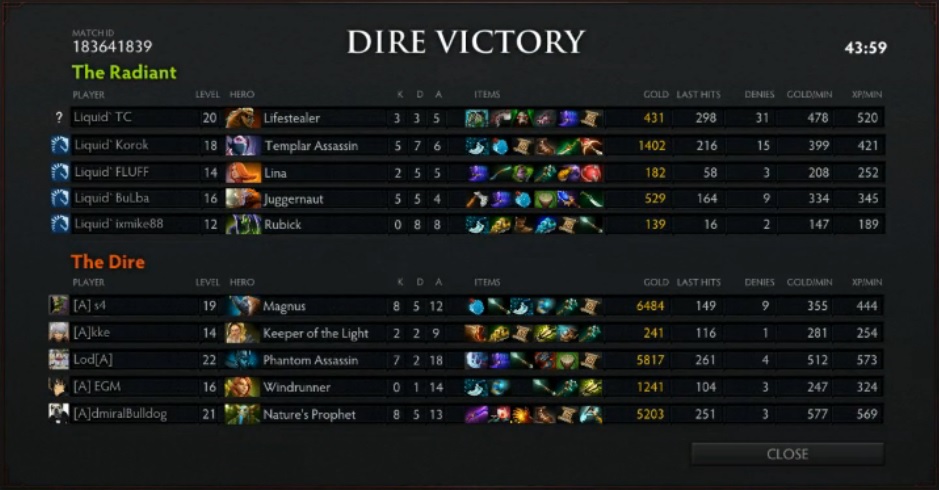 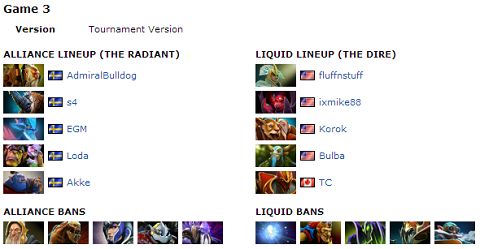 Fluff sneaks a kill on Bulldog with a Harpy, while Bulldog is doing his signature creep pulls using the bear to pull two creep waves into the river and then passed the shop and down between his towers. Fluff sends a Harpy with the wave, nuking down first the Spirit Bear and then the Bulldog himself. Impressive play. Alliance manages to get a good advantage in the mid river, next to the Roshan pit where they take down a series of kills only losing a few himself.

After that there is a lot of action going down on the map, Liquid trying to force the issue earlier than Alliance prefers. Alliance would like the game to stay passive a bit longer, giving time for Loda to farm up. Instead he is forced to join all the fights going on. The advantage swings back and forth, both teams manages to find kills and gold on the map. The fights are going slightly in Liquid's favour though.

Korok gets caught out and destroyed but instantly buys back and turns the fight around. Loda's damage output is crazy though with both Empower and Bloodlust cast on him. The fights keep coming and it is Liquid who keeps getting the better positioning and outcomes, despite some decent Reverse Polarities by s4. Alliance are late in rotating in the heroes into the fight, causing them to lose. They lose the tier3 tower top but defends the barracks.

A window is opened when Alliance finds Fluff and kills him, trying out the push into midlane. Liquid disables Loda and tries to bring him down but as soon as the lockdown is over, Loda brings out the pain together with the bear of Bulldog. S4 lands a great Reverse Polarity followed by a Concoction and a Split Earth, with Loda and EGM bursting out damage on the three heroes caught. Alliance takes out two sets of barracks and after one last clash in the top lane where they take it 5-0, Liquid surrenders and the champion is crowned. 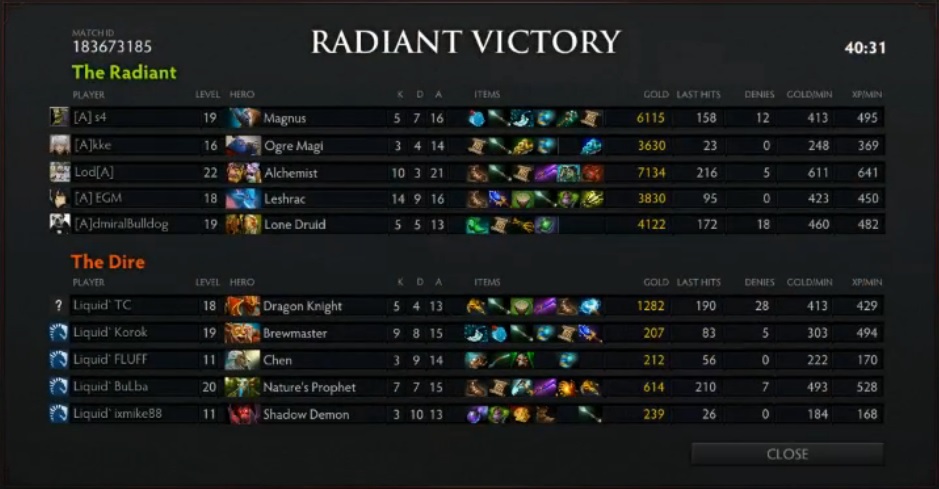