Two of eSF's Code S regulars in MarineKing and Curious welcomed with full confidence a duo of newcomers to their home ground only to find out that the KeSPA players do mean business.

A Zerg-mirror opened Code S Group S with Curious going against soO in a three-game series of players throwing big, all-inish attacks at each other. A Baneling/Roach attack by soO drew first blood and Curious, having lost too many drones and realizing he cannot support his Spire transition, typed a quick GG.

The StarTale Zerg quickly recovered himself and this time his defense against soO’s 1/1 Roaches was top notch. Infestors popped just in time to put soO’s army into the orange and by the power of pulled Drones and Ling reinforcements, Curious earned himself a tie.

Liking the idea of aggression, Curious added a 6th minute Baneling Nest and a few minutes later he was morphing what seemed to be a Baneling overkill. A broad carpet of explosive green hit soO’s natural but through perfect Drone spread and targeting, the SKT Zerg was able to survive. His response came in the form of a Nydus Worm straight into Curious’ main base and once the bulk of soO’s Roaches were unloaded into the mineral line, Curious had to admit defeat.

Match two of the group saw MKP face Sos in games which were all decided in a single move. A lethal stim timing attack from MKP tore apart the Protoss in game one despite sOs’ crippling DT drop.

Bel’Shir Vestige saw a bit more dynamic, back-and-forth game with MKP applying early Marauder pressure and although many of the engagements went his way, it was his composition that cost him the game. Overproducing Vikings at the expense of Ghosts game as a Christmas gift for sOs’ Templar army and he stormed his way to the tie.

MKP took another army composition loss on Daybreak. sOs opened with a Templar army and established a presence on the map, forcing MKP into lots of Marines and Ghosts. A secret Colossus tech was in the motion, however, and once those were revealed MKP acknowledged the checkmate.

At that point, sOs had gathered momentum after smashing MKP and he readied himself to destroy soO as well. A proxied triple Oracle rush caught the KeSPA zerg by surprise and after 20 drones were dead, an Immortal follow-up came to crush bones.

Fortunately, the Whirlwind set had a bit more to offer and as the two players couldn’t kill each other early, the game went into a series of late-game engagements. Soo had built a hard-hitting army of Hydras, Roaches and Vipers and through the use of Blinding Clouds was able to adequately trade against sOs but the Protoss army was getting scarier by the second. More Templar, Zealots and Immortals joined the fray and the only thing sOs had to do was hit his storms perfectly.

He didn’t and some of them were whiffed but it turned out that Immortal/Zealot is still pretty damn strong against Hydras. Hungry for the blood of literally whoever, Curious went full Zerg onto MKP. An early Zergling raid broke through Terran’s defenses and ate 30 SCVs, putting MKP in an unfavorable position to say the least. Mutas flew in a bit later and pushed MKP into a base race attempt but Curious already had his base well defended and easily took the set.

Mutas continued to be a nuisance in game two as well, but Curious had a plan with much more grandeur in place this time. Operating with a strong economical basis, Curious easily amassed a dreadful and very “swarming” Ling/Baneling army that hit MKP like a tidal wave. Despite the checkered Widow Mine field, there wasn’t enough fire power to reduce the Zerg forces and after losing a couple of armies and seeing the Brood Lord transition, MarineKing GG-ed to take last place in the group. 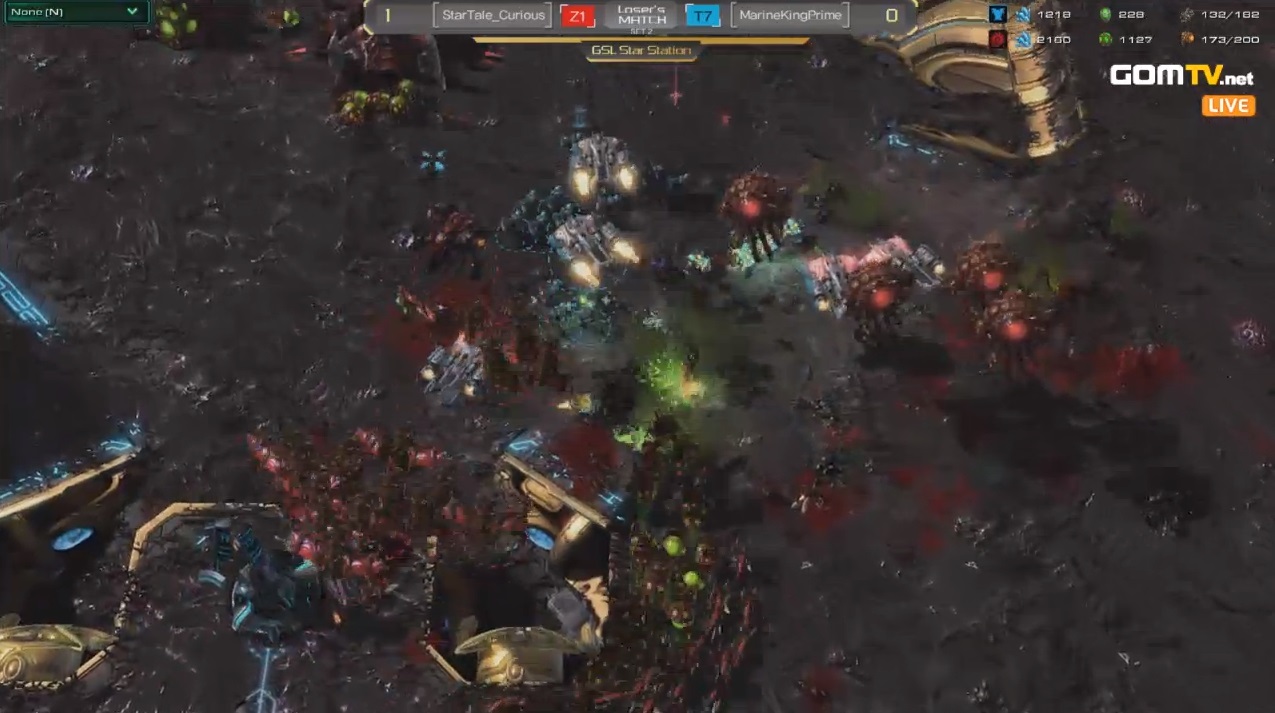 After four victories in a row, it was a revenge match time for Curious, eager to get back at soO for beating him 2-1 in the opening game.

Just as before, the two Zergs perfectly mirrored each other in opening build but with time their playstyles became the two opposites. Constantly on the aggressive and with few very good snipes, soO was cut a corner after corner, slowly edging ahead of Curious and when the Mutalisk transitions arrived, the SKT player simply had more. By setting camp above Curious’ third and forcing him to either engage against superior Muta numbers or lose the base, soO secured his early lead.

Daybreak would turn out to be another Mutalisk war game with both players starting their Spire tech on pretty much equal footing. A slightly earlier third base and smaller Zergling count gave Curious a temporary Mutalisk superiority but soO carefully maneuvered around bad engagements and teched to Infestors on the back of that. Once Fungal was available, soO pushed across the map and once again forced Curious into an unfavorable engagement. Fungal Growths were chained and soO joined fellow KeSPA player sOs in the Ro16. 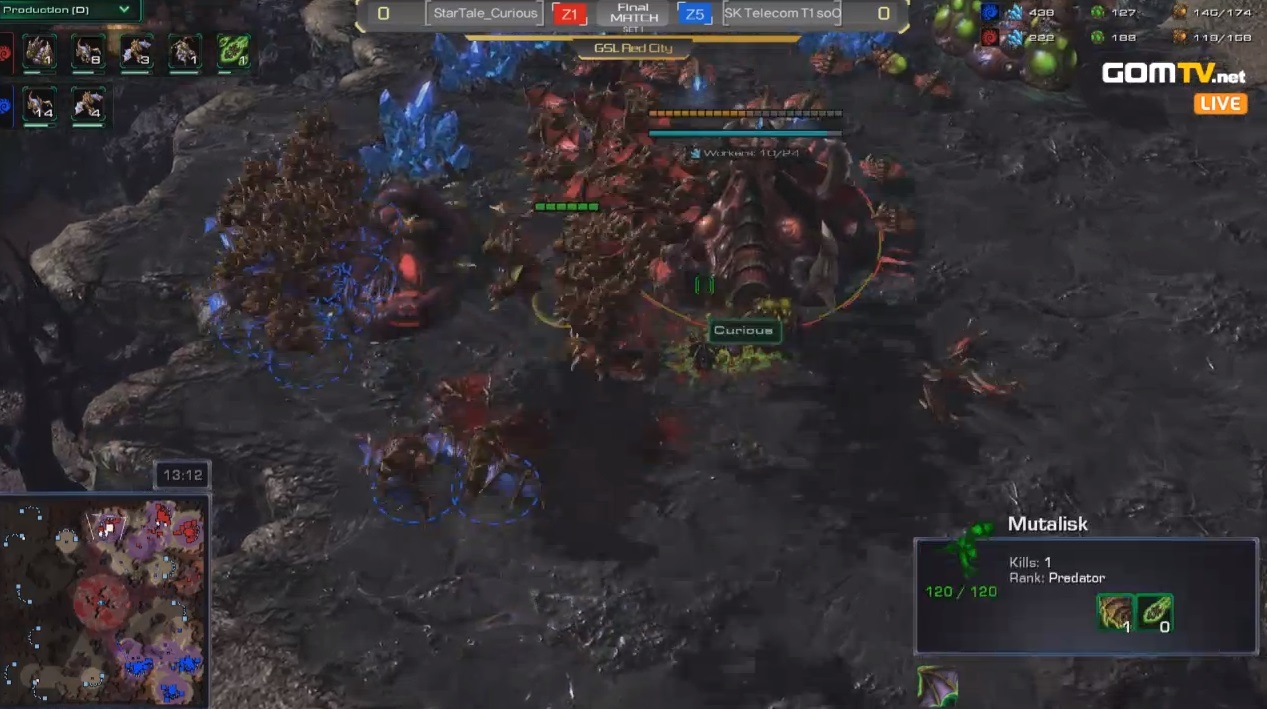