Group B’s first match started with a Probe genocide: Flying sacrificed two of his Oracles to erase twelve harvesters of MC but the Boss Toss promptly took revenge and killed the whopping 45 Probes with a Phoenix transition after his unsuccessful DT tech.

The huge losses made Flying push across the map with his Storm-centric Gateway army but faced the high-tech opposition of MC’s Void Rays, Colossi and Archons, with Templest transition already under way. The Woongjin Protoss flew back to his base chased by MC. It was there that Flying set up the crippling ambush against MC’s seemingly unbeatable army. Tanking with his Archons and flanking with blink Stalkers, the Code S newcomer took game one. 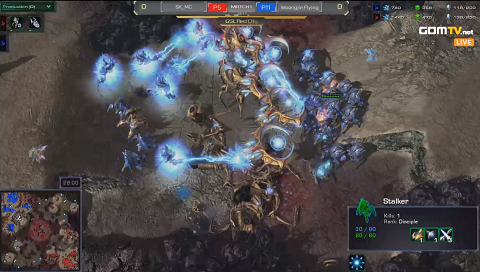 A much shorter game followed, which basically ended once Flying’s Gateway/Oracle opening pincered MC and his 2-gate expo build into unexpected dead. MC lost the better part of his economy to the Oracles while Stalkers limited his maneuvering and by the 12th minute Flying sealed a 2-0.

The lack of good upgrades was DRG’s biggest enemy in the first game. With just 1/1 on his units, even sizeable Muta/Ling/Bane armies were held by small squads of Marines. The Medivacs and Widow Mine fields made it even more difficult and for the better part of the game, DongRaeGu was struggling to make anything happen.

An opportunity suddenly presented itself when Yoda assaulted his fourth but spread himself too thin and was cleaned up as a result. Capitalizing on this victory, DongRaeGu went even more aggressive and for a few moments it looked like the game might end up in his favor but ultimately, the bad upgrades problem reappeared. After a snipe on a critical Zerg mining base, YoDa took the first set.

Game two wasn’t much prettier as a Hellion drop blazed out 24 of DRG’s workers, forcing him into a catching-up position. Thus, in spite of trading decently in the following engagements, DRG never reached overwhelming numbers and every Widow Mine shot cost him dearly. As one such shot wiped his Baneling count clean during the final battle, DRG had to admit defeat. 2-0 for the IEM CeBIT champion. 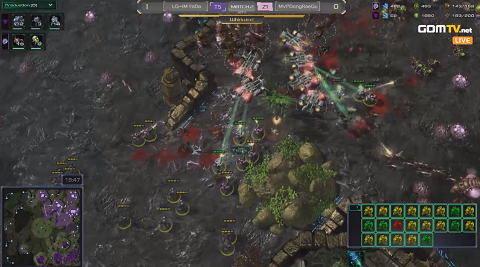 YoDa and Flying met in the winners match ripe with confidence after their victories over the veterans. YoDa's TvP mastery in Heart of the Swarm quickly took prevalence and a MMM +1 push hurt the Protoss badly. Flying was thus forced into a Warp Prism counter-attack but Yoda's defenses were overall good enough to prevent complete annihilation. 1-0 for the Terran.

Game two went for a bit longer but wasn't much closer. Unending sequence of drops by YoDa delayed Flying's third for a long time while the Bio/Hellbat army made short work of the Zealot-centric Protoss army when direct engagements had to be fought. At the 14th minute Flying finally secured his third but Yoda had already saturated his and was marginally ahead. Several direct engagements later and the IEM WC champion advanced to the Ro16. 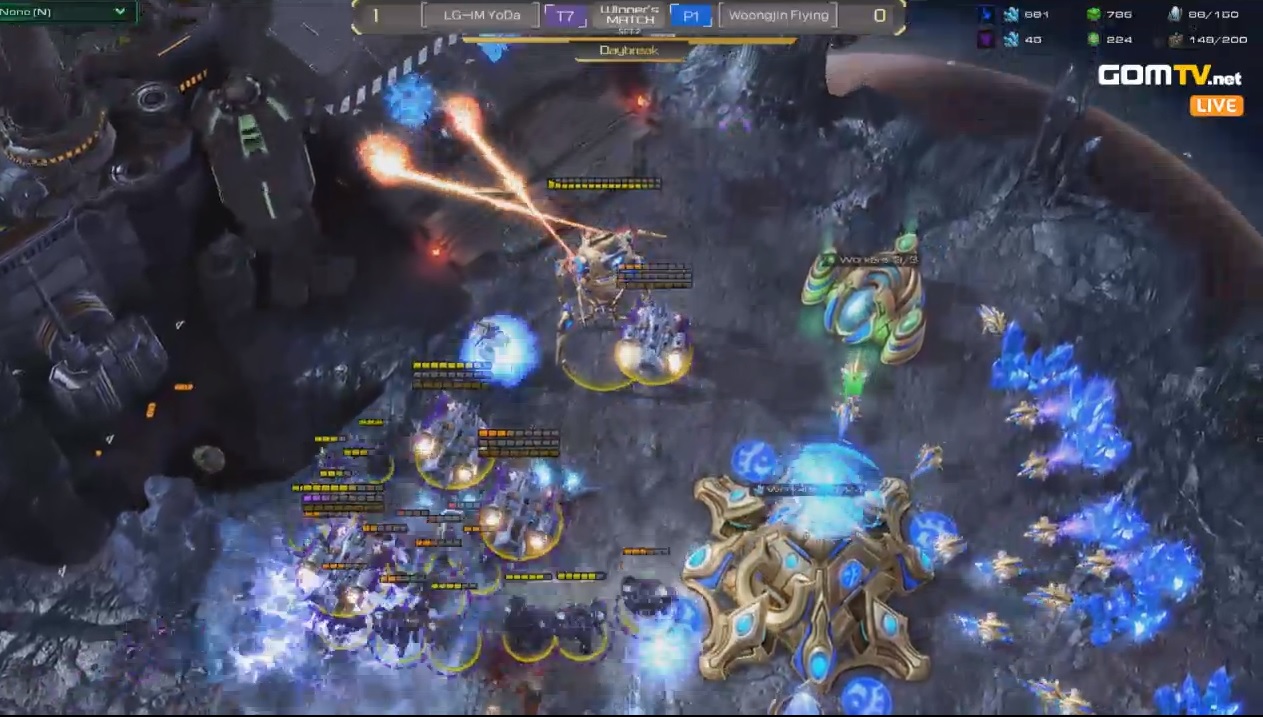 Somewhat surprisingly, it was DRG and MC that met in the losers match, meaning that one of them would be the first to go out.

MC took early advantage by defending DRG's early drop and accumulating an unstoppable Void Ray/Colossus/Sentry army in game one but DRG slapped the Protoss back, catching him slightly out of position and erasing him with Hydras, Lings and Roaches. The score was tied.

DRG went airborne in the third game and after pressuring MC for long periods of time, the Boss Toss just decided that a base race is more becoming of the situation. Unfortunately for him, the old rule of SC to never base race against Mutas came back to bite him in the butt and DRG's too big a flock won him another match worth of tournament life.

It all came down to this last series as Flying met DRG on the brink of elimination. True to his "I'm going to do whatever I want" style, Flying took a +1 Zealot/Phoenix build straight to DRG's artery and snatched game one but his reign was short-lived. Eager to end the Zerg in the second game, Flying prematurely attacked a heavily-populated position and got abducted into a Hydra/Blinding Cloud arc. 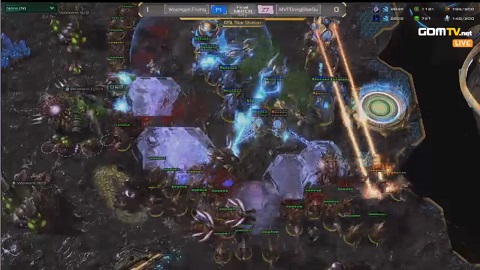 While the first two games weren't particularly thrilling, same could not be said for the third. After 20 minutes of standard PvZ, a game of cat and mouse (with base race elements) ensued, after Flying gave up on chasing DRG's Mutas around. Said Mutas soon proved to be worth every penny and wiped almost the entire tech of Flying but once the Protoss established a mining, heavily-fortified base DRG was checkmated. Despite having a lot of punching power himself in Spine Crawlers, Vipers and Swarm Hosts, DongRaeGu could not stand against the deathball of Flying. The former GSL champion followed his colleague to Code A after an hour-long game. 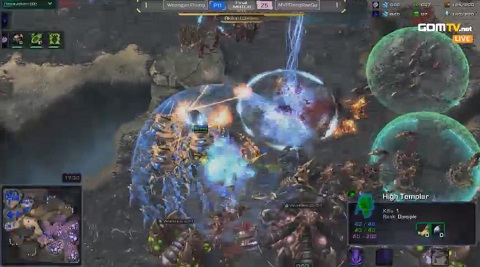