Code S Ro32 Group A: A good day for the champion

Not entirely surprising, RorO and Bomber came in to absolutely crush Ro32 Group A and are the first to advance to the next round.

And it all started as it all ended: with a ZvZ. In the very first match for the new Code S Season (or should we saw WCS Korea GSL Code S) RorO and Crazy-Hydra played a Zerg mirror very reminiscent of where they come from - Brood War.

There was certain charm in how the two Zerg played in spite of not orchestrating the most glamorous mirror there ever was. In both games, a bunch of Ling/Bane skirmishes kept the pace and made the early-game interesting but ultimately it all came down to Mutalisk monobattles. In those, RorO’s preference towards better upgraded carapace as opposed to Crazy’s favoring of quicker air attack (as well as RorO’s flawless fight-or-flight instinct) allowed him to greatly come ahead with 15 or even 20 Mutas. Mortally crippled after those engagements, Crazy’s only choice was to fight for survival in the losers match.

In the second match of the day, Bomber taught the audience how it’s perfectly fine to pull SCVs in every game so long as you get away with it. “If at first you overproduce Vikings and get steamrolled by Archons and Colossi, do try and try again” was another advice that Bomber strictly followed.

And why wouldn’t he? After analyzing his mistakes in game one, Bomber stuck to his Bio/Ghost/SCV composition but tightened everything up, dodged the storms to keep his army alive or EMPed the Protoss to hamstring its potency and simply ploughed through. Every attempt of Creator to fight the Terran off was either tripped by bad unit control (Zealots stuck behind Stalkers) or superior multitasking/Medivac drop control by Bomber, leading to the inevitable 2-1 for StarTale’s machine. 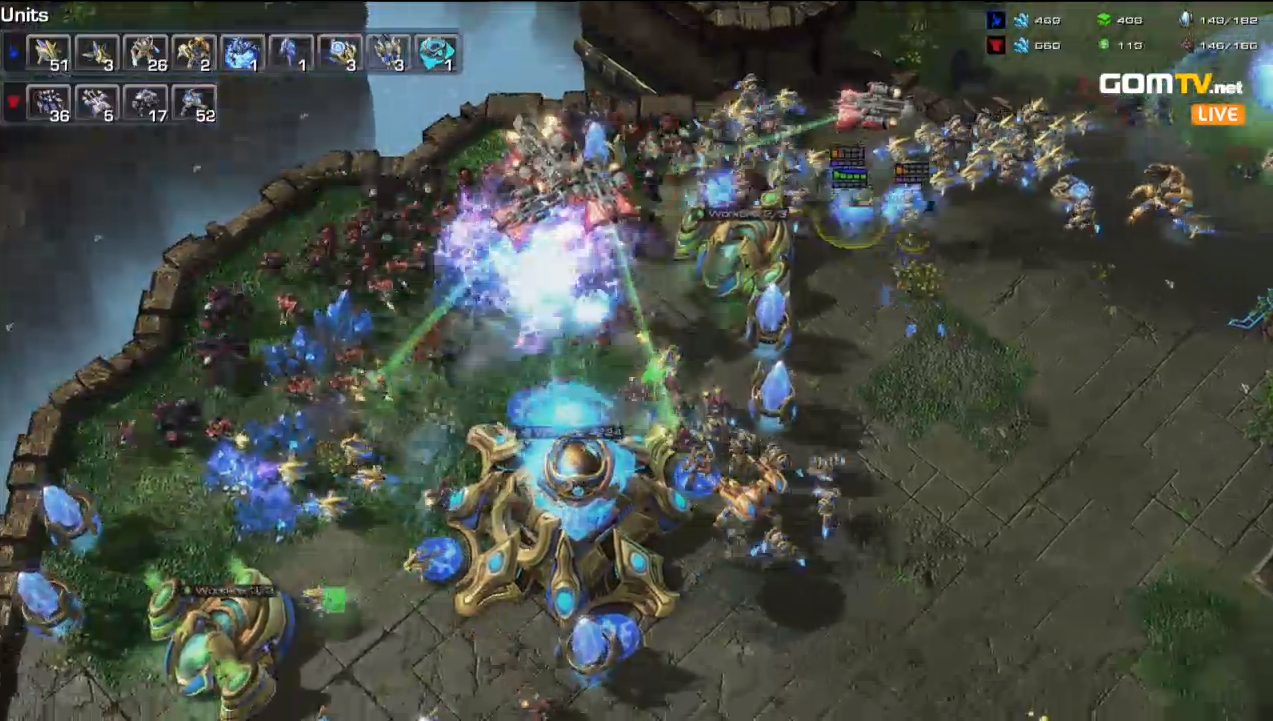 RorO kept giving love to his Muta/Ling composition and took it to a ZvT holiday against Bomber. In game one, the champion swarmed Bomber but the Terran held his ground quite nicely up to the point where he shot his own natural and lost a big engagement in the center of the map.

In game two, Bomber’s revenge was quick, bloody and splashy as this time RorO’s Ling/Baneling/Muta army had the ill luck of walking over a bit too many Widow Mine shots. Stomping over the decimated Zerg body parts and boasting a 90 supply lead, Bomber tied the score and prepared for what turned out to be an outstanding game three.

Spawning on Whirlwind, RorO absolutely exploded. The speed with which creep was spread and bases were taken was stunning. Hive also came quickly and the first Broodlords hit the field at the 15th minute mark. Five minutes later, a complete switch into Ultralisks was made and RorO’s suffocating aggression continued.

Nevertheless, Bomber did find gaps in Roro’s defenses and harassed his fifth multiple times until it fell. An answer was found even for the huge ultralisk army in the form of many a seeker missile that cleaned the Zerg up with unmatchable effect.

Despite the good fight he put up, however, Bomber slowly starved out. Burrowed lings were denying him bases and after unloading his Seeker Missile load, Bomber simply could not follow up. A quick remax by RorO ended the winners match and the Zerg advanced.

In the second series for the night that ended before game three, Creator sent Crazy-Hydra to Code A without much trouble. A simple Void Ray/Sentry attack ended set one at the tenth minute and another Stargate centric composition gave Creator the second win, though much later into the game. 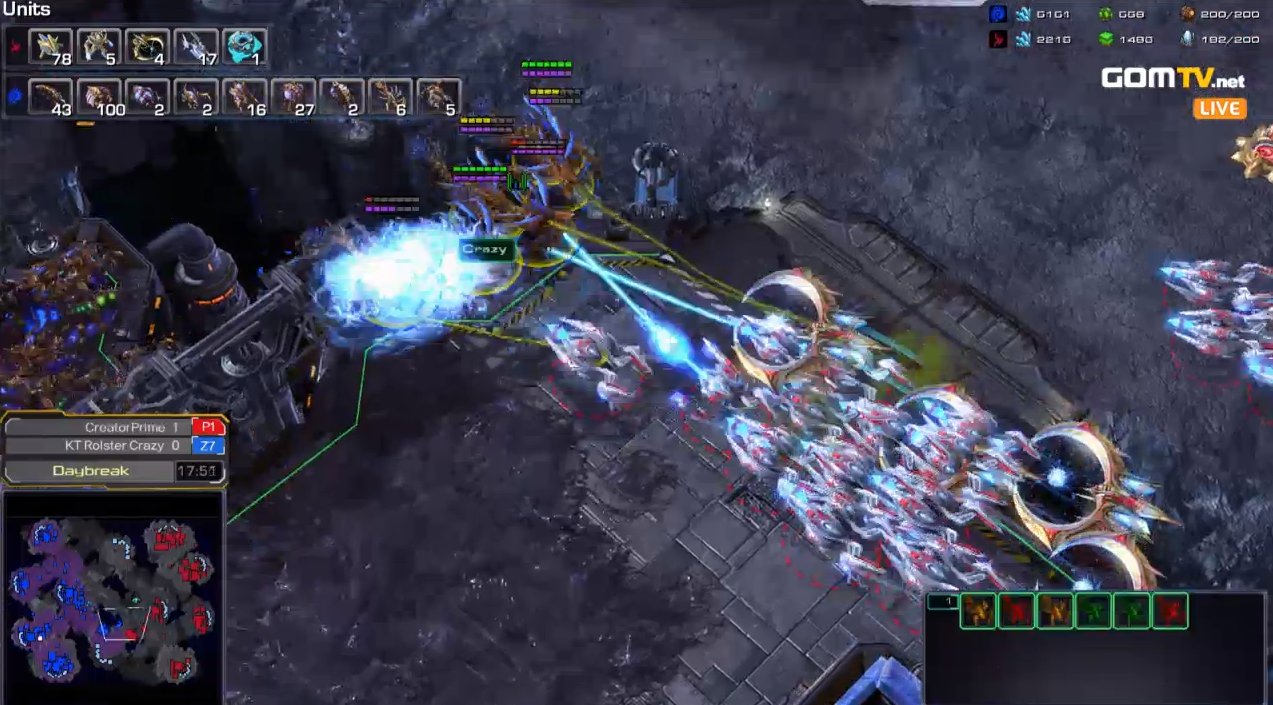 Timing attack galore as Bomber and Creator met in a final revenge match. Bomber went for the 12th minute Ghost tech but without pulling SCVs and pushed through a great deal of the map until his advance was held by Storms and Colossi. A counter push was initiated by Creator and Bomber was anything but ready for it. Deadly storms hit and dropped the Terran 80 supply, giving set one to Creator.

As game two began, it was Creator that went on the offensive and that was his undoing. An immortal timing attack was held and countered with medivac drops for the tie. The very same happened to Chargelot rush with Archon transition and Bomber happily advanced to the Ro16.