Welcome to our multi-part (obviously!) feature on one of the leading European StarCraft 2 teams: Fnatic. Within the following weeks we shall introduce you to the roster that hosts the names of Alive, ToD, Moon, Rain and NightEnd, we'll find out how their time on the team has been and their takes on all things SC2. Buckle up, first stop: NightEnD!

Coming from a WarCraft 3 background of less dazzling proportions--at least compared to his team-mates ToD and Moon--Silviu "NightEnd" Lazar was a relatively unknown player to the StarCraft 2 community post his switch-over. After a series of good weekly cup performances, NightEnd finally made his way to a stage which awards way more recognition: the TeamLiquid Starleague 3.

Although falling in the first round after being assigned a controversial loss after a disconnect in game one, the soon to be ex-Praetoriani protoss player played with a rigor that few expected, easily giving The Empero himself SlayerS_Boxer a good run for his money.

On May 8th, NightEnD left Praetoriani (disbanded the same day) for Fnatic and kept attending major tournaments with medium success until DreamHack Winter 2011 in November. On Swedish ground, NightEnD defeated Mana, Kas, Naama and WhiteRa to reach the semi-finals, being the best performing foreigner along Liquid`ret. Although losing 1-3 to eventual runner-up and top tier Korean terran Puma, NightEnD would no longer be a minor name on the scene.

Feeling that he now has a reputation to defend, Silviu flew to Korea to join his team-mates in the Fnatic house in preparation for another possibly smashing run through DreamHack Summer.

To feature him in the opening chapter of our feature, we caught up with NightEnd not 10 days past his arrival in South Korea to pick his brain on various topics. How is life in Korea? What's the atmosphere of practice like in the Fnatic house? How does he appraise his team's chances upon hypothetical GSTL entrance? Why is he not afraid of Koreans? In what ways is ToD helpful?

Enjoy a long and good read!

GosuGamers: What were your expectations going to Korea?

NightEnd: My main expectation is to be capable to win DreamHack Summer after the 2 months of practice here. I always aim for 1st place but I think I've never had this level of practice so far and as a result I've never taken 1st in any major offline event. I was never good enough to be first.

This is quite a lot of dedication indeed. Are you daunted by the prospect of spending two months there?

No, it's perfect for me. At least so far I've been feeling pretty good but I've been here for 8-9 days, so I don't know exactly how I'll feel after one month. I hope it'll be the same as now. Also, when you want to be the best you need to make some sacrifices, which I hope will pay off.

If you find those two months easy to handle, would you consider settling in Korea for a longer time, like HuK is doing for example?

I don't know yet, Fnatic want me to come back after DreamHack but I said I will decide after 1 month of stay here.

I can't exclude anything and it's also very possible that I stay here for longer.

Do you have much time to go around and explore the city? What’s the best or most interesting thing for you in South Korea?

I actually only visited GSL for like 30 minutes and went to eat barbeque with my team after that. I also visited some restaurants around the house but I was actually a bit sick for like three days. I think I drank too much cold beverages from the fridge. Most of the time I have I use for training.

You joined Fnatic after Praetoriani disbanded. How has your time with them been so far?

Overall, I think the time with Fnatic has been good but I wish it could have been better. There were some hard moments for me.

Small things that don't make much sense being said but maybe the most important one for me was that after every tournament at which I did not do that well, I would feel really, really bad for my team. I would be depressed for some days and it was very hard since I knew I could have done much better.

Indisputably, the peak of your career was at DreamHack Winter 2011 where you placed fourth and as one of the best foreigners in the tournament. You were then stopped by Puma, whom you played a few days before. Did you learn anything about him from the group stage match that aided you in the semi-finals? If you met him now, would that series be even closer or do you feel that Puma is still too far ahead?

Well, I'd rather not say what I think so my answer will be diplomatic. Puma was, of course, better than me since he won. I think I know what is going to happen if we play now but I just want to wish him good luck for when we meet in NASL.

No, just the best of luck to him. 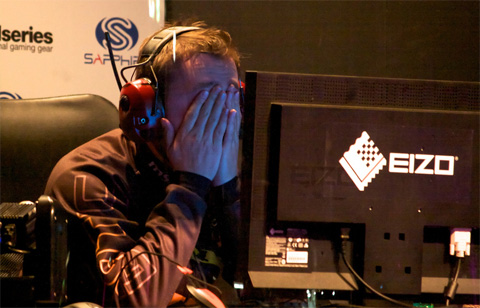 Fnatic’s house is independent in the sense that there is no cooperation with any Korean team. Do you like it better that way? Or would you rather have a whole lot of practice partners at your disposal?

To be honest, I think it's very good that the house is in Korea because thus I can get a lot of good practice on the ladder. If the house was in Europe, I would've indeed liked it to have many more training partners.

But wouldn't you prefer to have it in the style of the oGs-TeamLiquid, StarTale-Quantic, etc., where you guys live among fifteen or so Koreans?

It's really hard for me to give a good answer on this because I don't know exactly how it is to live with so many players. I mean, I don't know how good can it be. If I imagine and try to compare those two, I would say that it's better to live with more players, yes, but I can't know for sure until I try it out.

How is the communication between the foreign and Korean players going? After all, constantly talking about the game seems to be the best preparation...

I actually don't talk with the Koreans at all about the game and the communication is so so. Rain is the only one that speaks a good english for a Korean.

Are you practicing with each other, though, or everybody is on his own?

I did some practice with them but not too much. I played like 20 games against Alive and the rest was laddering. To my surprise, I play more than them.

Your answer leads straight into my next question: With a player like aLive on the team you should be set for critical PvT practice. What does he bring to the table?

If I would compare him to the other terrans I play, he is more flexible and knows how to abuse the drop potentian of terran to the maximum. So far, I've been having good results but I guess we'll see at DreamHack Summer.

You are part of the second generation of Fnatics, if I may put it so. How do you feel you measure up to a roster that had SEn, Fenix and TT1?

I would like not to measure ourselves if possible. I don't want to compare to anyone, actually, and I don't want to have any rivalry with anyone also. I just want to win, that's all I care about!

You mentioned Alive's strength but what is *your* superpower? How is NightEnd different from the other Fnatic members?

Hm, I really don't know. Maybe you should ask my team-mates about how am I different from them. *laughs* 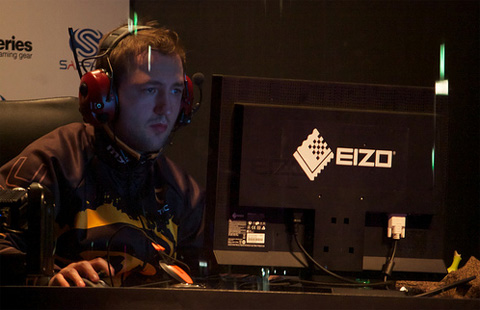 You have a small, but established roster of players. Hypothetically, if you were to enter GSTL Season 2, how do you weigh Fnatic’s chances? Where would you say you personally stand compared to the Koreans?

I think with our current roster we would be able to take a medium position or a bit higher if we get lucky. I hope that we can place top three but that would be extremely hard!

That's a bold statement! It seems to me personally that Koreans have a frightening presence over many foreigners...

Koreans don't scare me at all. I actually love playing versus Koreans, it's much more fun. If someone is afraid, I'll let them be afraid. I'll just stay really calm.

Technically speaking, placing medium or higher means that at least half of the Korean teams will be below you. Can you give me another bold and head-on statement and say which of them are easy prey to Fnatic?

I doubt that any teams will be easy. I just think we are good enough to get a medium or higher placement.

You cast some games at Homestory Cup. Would you do it again if the opportunity arose?

I actually like casting but not if I have to do it for too long. And yes, I would!

You’re one of the few Romanian Starcraft 2 pros on the scene. Do you feel you need to make your country proud?

I'm very proud that I'm Romanian and I always try to make my country proud and I hope I can win a major title soon enough. I love my country and I wish things will go as I want them to.

Final question: How helpful for you is having a veteran like ToD as a captain of the team? And don't worry, we ain't telling Yoan anything!
He is very helpul, he knows which food is spicy and which is not *laughs* P.S. I don't like to spicy food. So *bow* to ToD!

You are honestly killing me, Silviu! It has been an utmost pleasure to talk to you. Give us your shoutouts and thank you for your time!

I want to thank my fans and also our sponsors Raidcall, MSI, SteelSeries, EIZO and Gunnar. And thanks to GosuGamers for the interview. Europe fighting!