'The road ahead will be much tougher.' 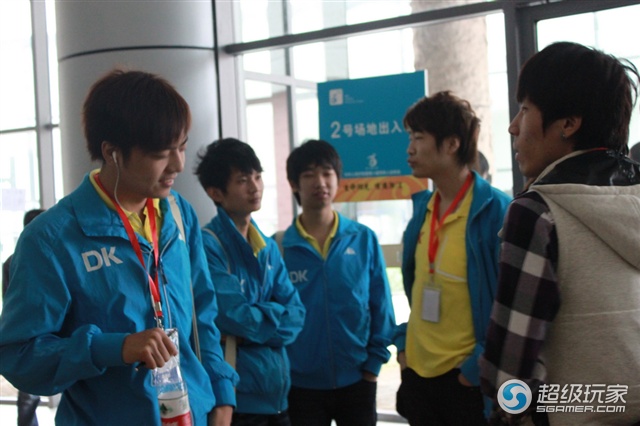 After three consecutive titles and currently performing phenomenally to earn his fourth, Burning is carrying on his legacy of being 2010's most outstanding carry to finish the end of this year. In a video interview live from GK Invitationals Cup, Burning discusses his game with a Dota 178 reporter. 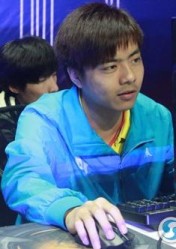 Hello Burning, thanks for accepting 178's interview. Why don't you start with a short summary of your previous match against PanDa?
-"Well, before the match, we were quite nervous. PanDa is in great shape at the moment, and our win rate at training matches against them was 50%. I guess we performed decently just now and our bans and picks were okay.

Basically, we played the way we did at G-League. We played... okay. *smirks*"

PanDa started their first two picks with a strong dual-core of Nerubian Weaver and Spectre. What was your reaction to that? Or maybe have you encountered them picking like this before?


“
PanDa execute their dual-core strategy of Lycan and Spectre well, so we had to come up with something to counter that (Necrolyte).”

-"From what we've known about PanDa, they execute their dual-core strategy of Lycanthrope and Spectre well, so we had to come up with something to counter that - for example, when we faced WE in the last game of the G-League grand finals, they tried a Necrolyte to counter our dual-core of Nerubian Weaver and Spectre in game four (see).

Upon subsequent discussion, we arrived at the conclusion Necrolyte is an excellent counter for Spectre."

In the matches you played today and yesterday, we noticed DK ran Yueru's Ancient Apparition in many roles (for example, complimenting an Earthshaker or a Prophet), and it was done to great effect. With regards to this hero, does your team have any preference or method with using him?

-"Firstly, Ancient Apparition is extremely strong in lane, and he can help his teammates too with his Ultimate while farming on a lane. However, this hero still relies on someone with good position control, so we normally run him with an Earthshaker."

Prophet is another hero that your team managed to use well in matches. He has great map presence with his spells and compliments Ancient Apparition's Cold Feet. Do you normally use him during training?

“
Prophet fits in the current metagame quite well actually.”

Previously, 820 interviewed you on stage and asked you what you felt your chances of winning the tournament were, to which you replied, 'Not very high.' After two days of convincing victories, do you think you are in good stead now?

-"I don't. Up to this point, we've only played two games and I feel the road ahead will be much tougher. For example, we will be meeting the two iG teams and from what I know, they have been practicing between themselves and against each other alot.

They've been constantly improving while we practically haven't been practicing at all. In a way, I still feel that we're behind them at the moment."

The two games you've played to this point (against Nv.cn and PanDa) could be considered easy games for you. I understand that your team took an extended break after G-League but how you've done so far shows that at least your training has been effective. What do you think about the two iG teams? Is there anything special about them?

-"The first thing is we didn't get to train much for this tournament. As I recall, we only played one and a half games for GK - the second game had a disconnection. Nevertheless, we carried an extremely positive attitude towards this tournament - it's like we feel we would do well if we just kept our noses to the grindstone.

“
We're not looking terribly hard to be the champions. We just hope to play our normal standard, learn as we go along, and emulate the better playing styles of others. ”

We're not looking terribly hard to be the champions. We just hope to play our normal standard, learn as we go along, and emulate the better playing styles of others.

Regarding the two iG teams... iG.Y has been changing their playstyles rather frequently recently while the heroes they pick can be, at times, unusual and erratic. At the moment, we don't have a plan to counter iG.Y.

As for iG.Z, they are a good all-rounded team with an excellent knowledge of how to use jungle heroes so we will have to get together to come up with something to play against their jungle strategies."

With regards to your previous match against PanDa, your team played aggressively to counter their dual-core strategy, even during the early laning stages where you forced battles early on. Was this planned before the game started (after picks)?

“
We are a team which prefers to develop our heroes first during the early laning stages, get the right items on our key heroes and then initiate team fights and pushes.”

-"Actually, it wasn't. The battles we had couldn't be planned because they were mostly, or rather they are, spur-of-the-moment type deals. If they choose to tower-dive us or if their heroes get into a vulnerable position then of course, we would have to initiate the gank.

One interesting part about the match is actually the cross-mocking that was taking place during the game, which even got the commentators talking about it. What are your personal thoughts on it? xB was even famous during G-League for his flaming.

-"Well, with regards to mockery, from the perspective of professional teams - or rather, from our perspective - we don't mean and we know we don't mean anything personal. It doesn't disturb any of us and in fact it raises team morale and encourages each other to perform better.


“
I'd probably lose my temper on the opposite end of all that flaming.”

However, I guess from the other point of view (the opponent's), it can be interpreted negatively and treated as relentless pressure or stress. *smiles as he says the following* I don't know how I would feel if I was playing on the opposite end of all that flaming - probably I would lose my temper, especially when I was flamed to that extent and lost the match later on.

At the end of it all, I think xB did apologize for the flaming. He went away and reflected deeply on what he did and he promised everyone that there would not be a repeat of today's incident."

*Burning nods like a bobblehead as the following paragraph is read*
Yes, the commentators themselves said that flaming is alright as long as there is a limit to it. Now, I would like to wish your team all the best in the coming days - given that you guys have already won three consecutive championships, DK can be considered the frontrunners already. There are some changes going on in the scene, but with regards to tier one, you guys are firmly seated at the top. All the best!

DK will play their winner's bracket finals match against