Mel Gibson on why the colossus should be nerfed

General 4/1/10, 12:00 AM Gosu “GosuGamers” Gamers
Mel Gibson, the star of the movie Braveheart (Gibson, 1996), was interviewed after trying StarCraft 2 during the PAX east event on March the 26th - 28th. He claims that the colossus is too strong at the moment, and it should be nerfed. 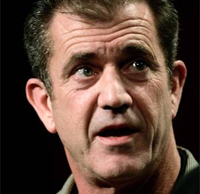 What are your first impressions of StarCraft 2 so far?
I think it's kinda cool, protoss is really awesome, though I think their faces should be half white and half blue. That would make them look less like a rip-off of the movie Avatar as well.

What are your goals for StarCraft 2 when the game is released?
I'm going to start out to play for fun, but if I do well I might aim to become a pro-gamer. I think my career as an actor and a director is the past now, and I'm constantly looking for new things to spend my time on. I've also tried beat-boxing, but it didn't suit me. I was really good at it, but it wasn't fun enough. StarCraft 2 seems promising though.

Which race is the strongest at the moment?

"The colossus has really long legs and needs a nerf"
I think that both the aliens and the humans are really strong, but protoss still has some advantages in the long run. Their colossuses are too powerful because they have really long legs and can walk up and down cliffs, which gives them an advantage if they compete with a, let's say a marine, who has way shorter legs. Maybe it's just my personal opinion, but to me at least, the legs are very long. It definitely needs to be nerfed.