His blog gives us a rundown of what he thinks about the current StarCraft 2 beta. He is irritated with the Terrans especially.

- It really felt like Terran was much harder to play than the other 2 races before the first two patches, and being a Random player it was frustrating losing over and over while playing Terran, says ret. 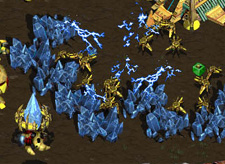 He also states that micromanagement in StarCraft 2 is almost non-existent compared to its predecessor StarCraft: Brood War.

- Micro was always an element in which you could separate yourself from your opponent and take the lead in a game. I feel it wasn't really there in SC2. It almost feels like you just build up an army, try to scout and counter your enemy's units, and then just attack and hope for the best, says ret.

Then, he expresses how he misses the map control element from Brood War.

- You constantly have mind games and small battles going on from the start of the game. But maybe this is just because we haven't learned enough about the game yet. 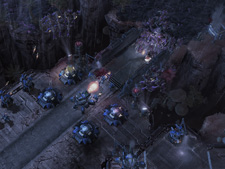 He does point out, however, that a lot of the balance issues have been fixed with the two newly implemented patches.

- Terran was made a lot stronger and all the races seem pretty, even with the limited information we have on how to play exactly. In the next few weeks, we will see how the balance holds up, and whether or not people are able to find cute tricks or strategies still hidden in the game to create challenging gameplay and tense/exciting games of SC2.

Make sure to catch ret's livestreaming hours available at Livestream.com.