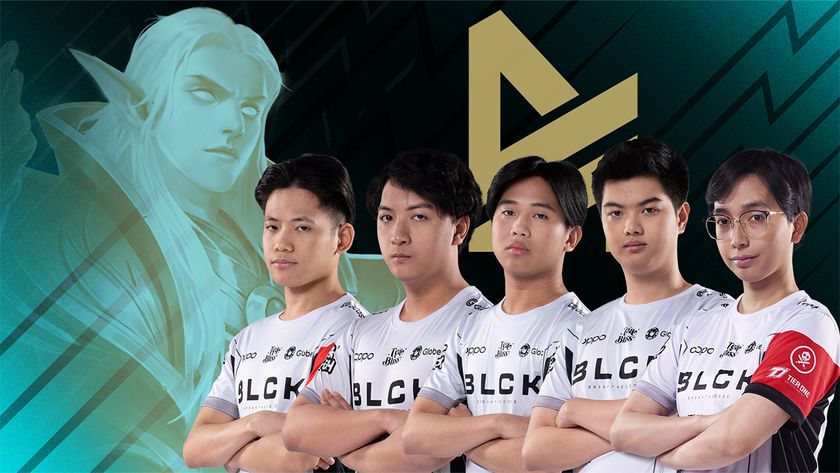 Time and time again the Ultimate Bonding Experience strategy has proven to be optimum in winning MLBB games at the highest level.

Moments before the Mobile Legends: Bang Bang M4 World Championships Grand Finals, the agents of Blacklist International are on course to defend their world title. They have defeated formidable opponents through the knockout stage including RRQ Akira of Brazil, local favourites RRQ Hoshi, and ECHO.

Pioneered by the team in MPL Philippines Season 8, centered around the shot-calling of OhMyV33nus and high sustain healer composition. It has since delivered a flurry of results, including the M3 trophy and the SEA Games 2022 gold medal.

Relies heavily on sticking together as much and as close as possible, storming through the map, and converting objectives as a unit. The strategy consists of the following components in a complete UBE lineup:

However, it is not just about the hero composition, but having the perfect formation and execution. When should you stick, how close do you hug, who should be in front, who will be directly behind, and who is covering the flanks?

If your team can answer all these while ensuring that the squad has a positioning advantage and is able to create a mismatch in numbers, then you will come out ahead. Whether the team is initiating a fight, retreating, or chasing down foes, sticking together in the best way possible, and that is the crux of the strategy.

It is more than evident that teams are still finding ways to decode Blacklist International's signature Ultimate Bonding Experience strategy or the UBE strat since M3. Though, the MPL Philippines Season 10 champions are constantly evolving the formula to address the counters.

In the upper bracket series against RRQ Hoshi, the Sang Rajas employed heroes with high mobility and aggression like Hilda and Faramis to suppress Blacklist. They were able to take game 1 and also relied on a lock-and-burst composition featuring Kaja and Lunox or Kadita. But it wasn't enough to close the series.

In the post-match interview, OhMyV33nus was surprised that Estes wasn't banned at all in the best-of-5. "We were surprised that they didn’t ban Estes from the game. I think it was one of the reasons why they lost the game.” the captain expressed.

Meanwhile, ECHO attempted to address the UBE by snatching the Estes for themselves in game 2 of the upper bracket finals, which resulted in a quick defeat.

Coach Bon Chan explained that [ECHO] can pick Estes for themselves, but they are the team that is most familiar with how the hero and the strategy work. Blacklist countered the counter by picking Diggie and a Kaja jungler. If You Can't Beat Them, Join Them

By now, the UBE strategy has passed every trial and challenger with flying colours. With such a dominating winning formula, the opponents typically have two options - a) continue to crack the tough nut with force, or b) form your own bonding experience.

We saw teams like Incedio Supremacy of Turkey taking the latter route by crafting their plays following the UBE bible by heart. From the drafting process to hero composition and even individual playstyle, they followed the guidelines to a tee.

The fundamentals of the UBE strategy were also adopted by Team Valley of North America, fellow grand finalists ECHO, and RRQ Akira of Brazil.

While you can certainly join the bandwagon, some teams are adamant about coming up with their own solutions. For example, Falcon Esports of Myanmar proved that extreme aggression with the Natalia and Martis combo can be effective in breaking the UBE code. In other instances, utilizing assassin heroes with high mobility like Fanny and Ling to split push and stretch the map has shown some results as well.

Is UBE the best way to win games at the highest level of MLBB right now? Yes, probably, maybe. Especially if Blacklist could retain their world champions title. But is this the ONLY way to win games? Definitely not.

There is no one right answer in challenging a working strategy. With constant patch updates and meta shifts, teams will need to evolve accordingly. It is just a matter of, do you prefer to be in the order or the agent of chaos.

Are you a believer in the UBE strategy?