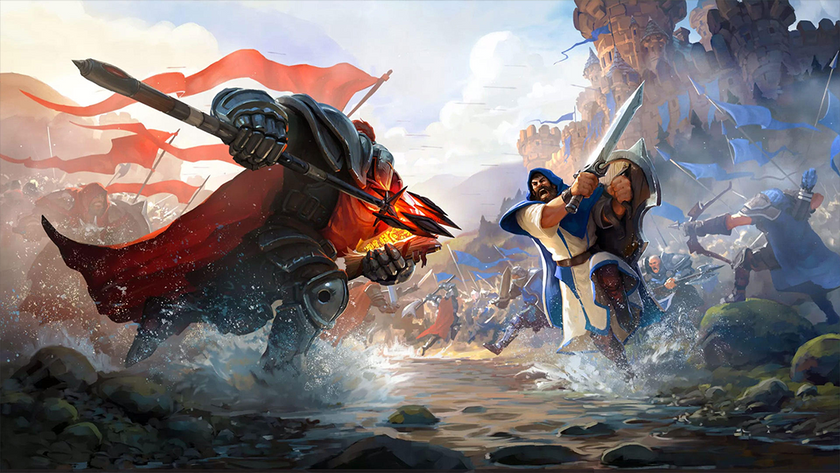 [Sample] Things You Need to Know ABOUT Albion Online

This article is sponsored by Sandbox Interactive.

Classless, easy-to-learn MMORPG with its own currencies, real estate, and ultimate freedom.

If you’ve been searching for a new online game to challenge your creativity and bring back the nostalgic sandbox experience, then Albion Online may just be the right fit.

Developed by Sandbox Interactive, Albion online is best described as a buy-to-play medieval MMORPG, with plenty of interesting game features including a classless system, cross-platform play, and other reasons for you to consider picking this game up.

Released in 2017, let us breakdown some of the most important info that will provide you with a better understanding of the game.

Albion Has No Class

In Albion Online, players no longer need to research about classes and what is the best way of distributing attribute points; because there is no standard class system!

Sounds a little odd for an MMORPG, but all you need is to just create your character, equip them with any gear available to you as long as your character's level fits the requirement.

Unlike other MMORPG, your character is not limited to a class. Your role and function in a group will be determined by the weapons you wield. Although some combinations are definitely less effective than others. It's entirely up to you to be a fashionable cloth-wearing warrior wielding a giant axe hacking your enemies, or a mage with shield and plated armor.

Personally, I like this initiative, as the system aims to deconstruct the overused template that too many online games are contented with.

What Is Your Destiny?

The game has a feature called the "Destiny Board" which serves as a tool in building your character, much like a skill tree in other RPGs.

You will be spending a lot of time on this board filled with nodes that allow you to choose your character's abilities and path(s). One thing cool about this board is that your character can technically learn everything you want. And when you decide to switch things up and invest in other disciplines, there's no penalty.

This system makes it easy for customization and works really well with the classless system. Looted a new set of equipment? Just head to the board and a few clicks (and a couple of hours of hesitation) later, your character is ready for action again!

The World of Albion Is Huge!

We get a lot of sandbox games these days, but Albion Online definitely deserves the label and fits the definition in placing minimal character limitations, allowing the players to roam and change a virtual world at will.

The map is enormous and the world is so free that you can do whatever you want. One important thing to note is that there are no quests in the game, and you explore the "storyline" by creating your own and interacting with other players.

Surprisingly, you will always have something you need to be doing despite having no quest. And yes, you can choose the pace and how you want to play the game.

Also, there are four zones in the game:

Even though players can choose to avoid PvP by sticking to the friendlier zones, player growth is definitely quicker in open PvP zones, in terms of leveling and item drops.

Sandbox Interactive described Albion Online's economy as a "True player-driven economy", which basically means the worth of the in-game currency - Albion Online gold and silver is defined by the players. Okay, but how?

Aspect numero uno that constitutes this would be - resources are limited. Unlike other MMORPG or Free2Play games, the players won't be able to farm an unlimited amount of resources.

This is partially due to the asymmetrical distribution of the resources, for instance, the northern part of the map, is the only place you can get Black Wood. This ecosystem will enable local markets that buys and sells specific resources, and thus generate a healthy flow of gold and silver.

Players should have a sufficient amount of resource sinks to avoid inflation according to Sandbox Interactive's plans to keep the economy robust.

And one of the most crucial points is that the best weapons can only be created via crafting, which will encourage players to spend time in mastering the path of crafting, trading, and transportation, and thus results in a holistic profession-ecosystem.

To sum it up, Albion Online has a lot of potentials to be a successful MMO, provided that Sandbox Interactive continues to tighten things up to ensure that the sandbox experience is preserved, both for PvP and PvE.

The game releases today, If you're still unsure about the game you better hurry up and decide. And for those who are already planning on playing the game, good luck and have fun!!