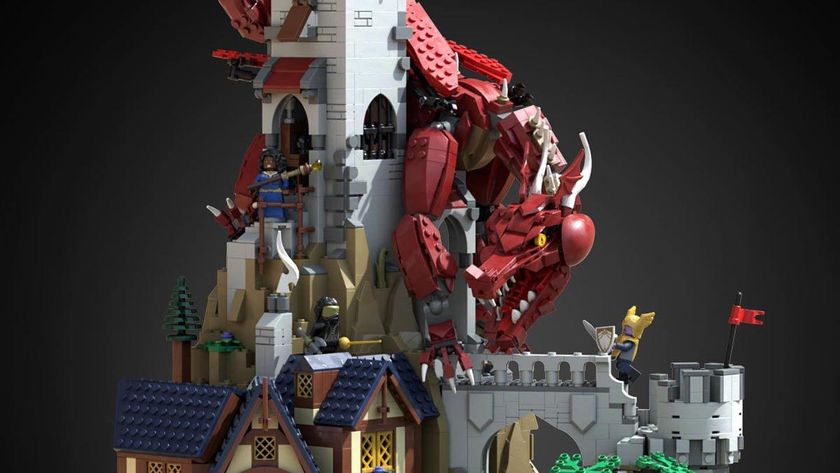 Lego is teaming up with Wizards of the Coast, the makers of Dungeons & Dragons, to release its first-ever Lego set based on the iconic tabletop RPG. The set is meant to celebrate the 50-year anniversary of D&D, and it can also be used as a fully playable gaming map. The set, titled ‘Dragon’s Keep: Journey’s End’, was accepted into the Lego Ideas program last week after the website called for D&D-themed submissions back in November 2022. Plenty of tabletop fans submitted their own ideas for D&D Lego sets, but creator Lucas ‘BoltBuilds’ Bolt came ahead of the competition with this winning set. Interestingly, BoltBuilds has worked as an environmental artist for Horizon Zero Dawn creator Guerrilla Games for nine years now, and that veteran talent is on full display in this set.

Dragon’s Keep: Journey’s End is built out of around 3,000 pieces in total, sporting an enormous amount of detail for D&D fans. The set includes a full party of adventurers - five minifigures in total - along with multiple buildings such as a tavern and a witches’ tower, and a Beholder hiding in the dungeon below. Not to be missed is the massive green dragon curled around the tower, though it can be detached and used separately too. The set is composed of four different locations with changeable doors, the idea being that players can use it as a functional D&D map and take different routes on repeat playthroughs. Keep in mind that some of this might change once the official set hits the market, seeing as the whole design has officially moved out of BoltBuilds’ hands and into Lego’s R&D department. Lego Ideas sets rarely stay 100% the same upon their actual release, so the final set will likely be smaller and less ambitious, depending on what pricepoint Lego is willing to slap onto this thing.

Still, it’s something D&D fans can look forward to in the near future. This year alone, they’re already getting a live-action movie and Baldur’s Gate 3.

What do you think of this D&D set?