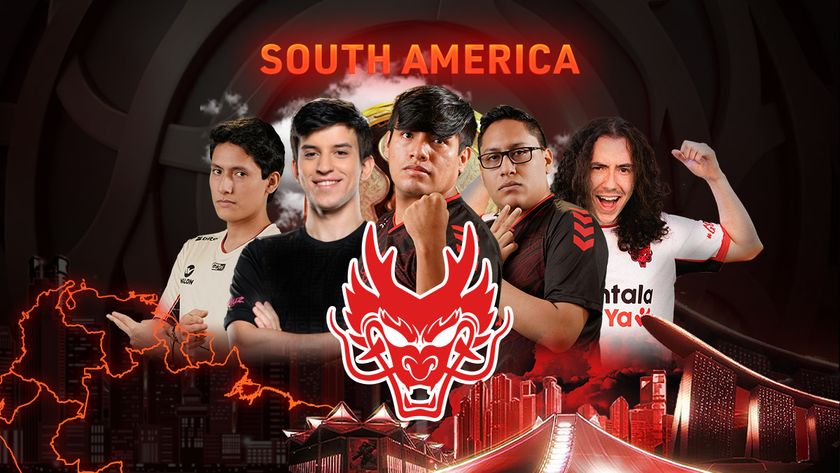 South American outfit Hokori defeated the favorites Infamous 3-0 to qualify for the group stages of TI11 from South America.

The International is all about dreams coming true and unexpected results – and for one South American team, that experience has already begun. Against all odds, Hokori defeated Infamous in the grand finals of the TI11 South American qualifiers to book their tickets to Singapore. The win comes as a big surprise as not only were Infamous the top seed in the bracket, but they were also unbeaten till they got to the grand final.

On the final day of the South American qualifiers, Hokori first beat Tempest 2-0, and then went on to stun Infamous 3-0 to end a flawless day.

The series started on a bad note for Infamous. The team was penalized because their mid player, Leonardo “LeoStyle” Sifuent had used a courier with a racist name in one of their previous games. Because of the penalty, Hokori got to pick the side they wanted (Radiant or Dire) as well as whether they preferred first or second pick in all games. Hokori chose Dire in all three games.

The series went 3-0 to Hokori, and all three games ended between the 40-55 minute interval. In game 1, Infamous had a slight upper hand for the first half of the game. They managed to kill the Hokori Terrorblade twice in the early game, but could not bring him down later. Once TB hit critical mass, he was unstoppable and took over the game.

Game 2 was probably where the fate of the series was decided. Hokori had a 10,000 net worth lead in just the 21st minute, but Infamous, with three good team fights, brought that deficit back to zero in the next 11 minutes. It seemed like the momentum had shifted, but in the fight that followed, Hokori got a team wipe on their opponents without losing a single hero, which put the game firmly in their hands. Had Infamous taken a better fight when the teams were on level ground, the series could have gone a lot differently.

Game 3 was a very even game till the 36th minute. Even though Infamous got the first two Roshans of the game, Hokori didn’t fall behind. They managed to get a team wipe on Infamous by killing the Faceless Void before he could use Chronosphere, and then took the third Roshan, which gave their Phantom Assassin an Aghanim’s Blessing and an Aegis. The game started to turn in their favor, but Infamous were far from done. After the Aegis expired, they managed to take down four Hokori heroes, and went straight for the Ancient in the push that ensued! PA had to buy back to prevent the Ancient from going down. The Ancient did take a beating in the next few minutes, but after they lost their Faceless Void without buyback, Infamous threw in the towel while they were at the enemy base, without having lost a single tier 3 tower. It was a bit of an unusual end, but Hokori won’t mind.

The reason this victory is impressive is because Hokori were not a team many would have predicted to win the TI11 SA qualifiers. The team finished 6th, 3rd and 8th respectively in the three DPC Seasons of 2021-2022, which is nothing to write home about. But after the final season, they did bring in Edward “Lumière” Guilen and Thiago “Thiolicor” Cordeiro in July 2022, which seems to have done the trick. The new roster did win the TodayPay Invitaional and the Thunderpay Bitcoin Series in August 2022, so in hindsight, maybe the indications of a surprise win in the TI11 qualifiers were there.

As for Infamous, they go to the Last Chance Qualifier along with Tempest. There is still hope, but if they don’t qualify for The International 2022 (TI11) from there, the penalty will come back to haunt LeoStyle and the entire team.

Did you expect Hokori to win the TI11 South American qualifiers?