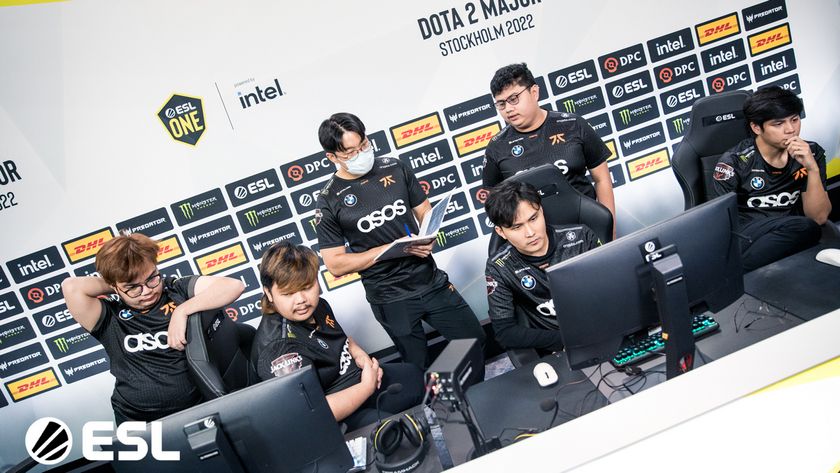 Third day in the ESL One Stockholm Major playoffs opened with the SEA derby Fnatic versus T1.

Unfortunately for the SEA fans, the series was destined to send one of these two teams home before the main event, denying their chance to play in front of a live audience for the first time in over two years and with no DPC points or prize pool share to grab either.

Taking into consideration the many matchups between Fnatic and T1 held in the regional competitions, everyone was in for a treat as both teams aimed to surprise one another in the drafting stage and outclass on the battlefield.

T1 started the series wanting to play aggressive, forcing Fnatic to a fast tempo that wasn’t fitting their big teamfight cooldowns like Doom, Ghostship and Exorcism. But by doing so, T1 put the win condition on the laning stage. They needed a perfect early game in order to be able to shut down Fnatic and that didn’t quite happen. Fnatic had a Winter Wyvern on their side to offset the initiation and prolongue the team fights. Djardel "DJ" Mampusti’s WW was Fnatic’s ace in the sleeve, giving them both the initiation and disengage power with clutch Winter Curses and heals that nullified T1’s entire plan.

However, heading into the next game, Fnatic trusted that a little experiment that Paul "Armel" Tabios did in pub games in the week leading to the Major would work in Stockholm, despite going poorly when tested.

Fnatic saved the last pick for a Sniper and it all went great for Armel in the first half of the game. He was up against Karl "Karl" Matthew on Tiny in the mid lane and had no issues winning his lane, but once he transitioned to the mid stage of the game, Armel found it impossible to survive long enough in the team fights to make the difference.

With the elimination series turning basically into a best-of-one affair, neither team touched the Major staple carry Chaos Knight, instead, they focused on their own game style. Fnatic went all in on push power with a mid lane Death Prophet, an offlane Visage and a carry Luna, while T1 favored the pickoff potential, burst damage and team fight sustainability with Pugna and Winter Wyvern in the support line. But despite all that, both teams played extremely defensive through the laning stage, 15 minutes into the game having only 6 kills in total happening.

Only two teamfights decided who would get eliminated and who would advance into the top 8 in Stockholm and one player made the difference.

It was Fnatic’s Jaunuel "Jaunuel" Arcilla on Bane coming in clutch with a buyback in a team fight that looked like lost by his team. His Nightmare into Shadow Amulet allowed Luna to escape after using all her spells, and gave Fnatic the time to regroup and knock T1 out of the ESL One Major.

Gaimin Gladiators, which will give the first two teams to have secured themselves a top three finish at the first Major of the year.

Fnatic will return to action on Friday, May 20, when they will be pitted against OG in what it will be a battle for survival on the Hovet Arena stage, in front of a live audience.

Will Fnatic take down OG in the main event?