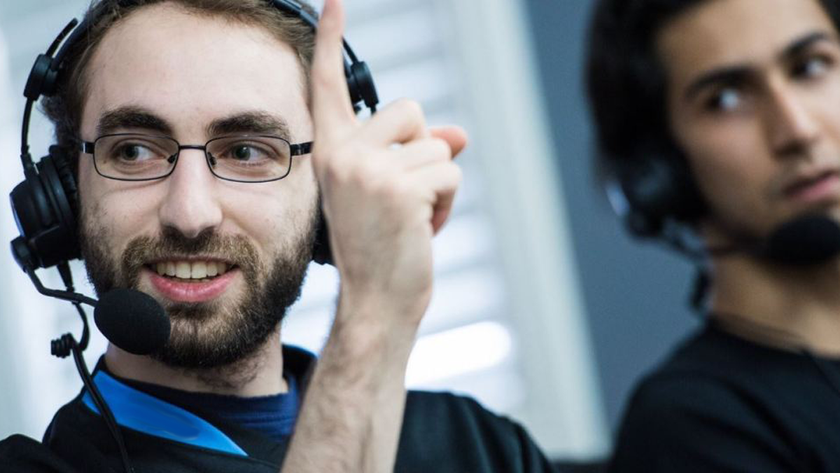 Quincy Crew defeated Undying 2-1 to attain top spot in the Upper Division of Season 2 of the NA DPC League and a playoff spot in the WePlay AniMajor.

The situation was a copy of Season 1 - Quincy Crew versus Undying in the final series of the Upper Division of the NA DPC League, with Quincy Crew fighting for the top spot and Undying fighting to take the top three positions into a tiebreaker. In Season 1, Undying took down Quincy Crew to force the tiebreakers. But in Season 2, Quincy Crew had a different plan. While all top three teams – Quincy Crew, Evil Geniuses and Undying – showed improvement over their Season 1 performances, Quincy Crew were the ones who learned the best from their past mistakes and defeated Undying 2-1 to avoid the chaotic tiebreaker scenario. With that win, Quincy Crew take the first place in the league, EG the second and Undying will have to settle for the third place. The table shows there is perfect hierarchy in the NA Upper Division, with no tiebreakers required for deciding any of the slots.

In game 1, Undying made the mistake of letting the Quinn “CCnC” Callahan’s Viper through, which many teams have been banning against Quincy Crew. Viper dominated the game, making space for Yawar “Yawar” Hassan’s Wraith King to farm and eventually take over. Undying also drafted themselves into a corner by block picking Hoodwink, a hero they had never played, which ended up looking pretty underwhelming.

In game 2, Quincy Crew picked an early Mars but then performed a late switcheroo by last picking Broodmother for Rodrigo “Lelis” Santos. The plan seemed strong in theory, but Dooyoung “DuBu” Kim’s Enchantress and Enzo “Timado” Gianoli’s Luna gave the Brood a hard time in lane, not allowing her to pop off and take over the game. For once, CCnC looked uncomfortable in mid on the Mars, a hero he isn’t really known for playing. Undying got a lot of farm on their Luna and Storm Spirit and ended up winning game 2.

Peter “ppd” Dager mentioned on the casters panel that whoever gets first pick might win game 3, and it did seem to be a case of that. Quincy Crew had first pick and they picked Enchantress for Arif “MSS” Anwar, who absolutely destroyed Luna in lane with Lelis’ Mars. Enchantress is one of the strongest laning supports in the game and with Undying’s carry not allowed to have a game, it all went south for them from the very beginning. Undying did choose to lane their Oracle to the offlane and had Nyx Assassin lane with the Luna – the reason being Oracle can counter Elder Titan’s damage gained from the Spirit. But Nyx Assassin being the bad laner that he is, couldn’t really do a lot to help his Luna. The game ended 33-3 in Quincy Crew’s favor, in what was one of the most one sided games of the season.

By securing top spot in the group, Quincy Crew have all but ensured that they will be getting a direct invite to TI10. This is good news for Undying and 4Zoomers, who will be the two main contenders to try and make it to TI10 through the qualifiers. Quincy Crew’s next target will be to better their performance in comparison to the Singapore Major, where they ended up 9th-12th. However, they did not have MSS back then because he tested positive for Covid-19 just before the Major. With their talismanic position 4 traveling with them for the WePlay AniMajor, Quincy Crew might prove to be the surprise package of the second DPC Major of the year.

Do Quincy Crew have what it takes to make the top 4 at the second DPC Major of the year?

ESL One Summer 2021 event to come right after the AniMajor