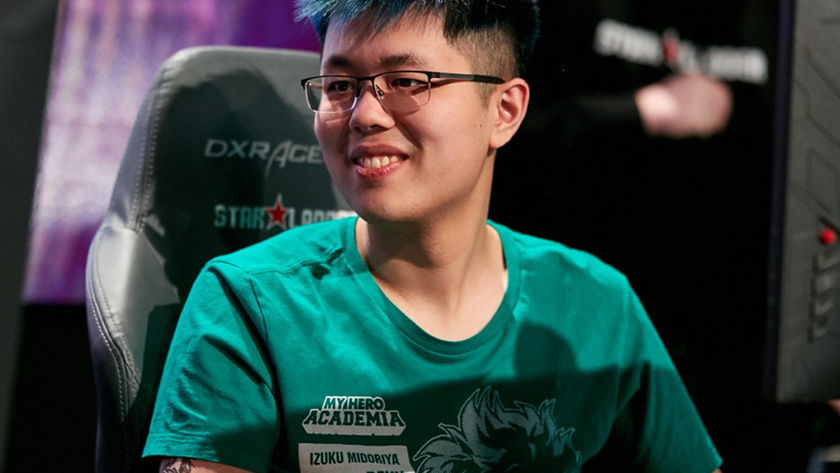 In the past few months, Jacky “EternalEnvy” Mao hasn’t been the most common face in professional Dota 2. His lack of presence in the scene has robbed spectators of the craziness that comes along with EE Sama games, but he made sure that when his new team Black N Yellow took on Quincy Crew, the Dota 2 community got a heavy dose of it!

Quincy Crew are one of the top teams in North America and hardly anyone would have expected Black N Yellow to take them down. But in game 1, Black N Yellow seemed to get the better of the two drafts and played their hearts out to put Quincy Crew on the back foot. Even though the net worth lead never went above 15,000, they were in control of the game and got all sets of barracks at the 45th minute. But although they got the megas, Black N Yellow lost the fight that happened in the process at Quincy Crew’s base, losing three heroes in the process. Quincy Crew pushed out the lanes and just walked in the Roshan pit and took it down without any resistance to claim the Aegis, Cheese and a Refresher Shard (it was the third Rosh of the game).

The tides turned from there, with Quincy Crew getting the better of the fights. Quickly, the net worth lead swung in their favor, even though Black N Yellow had all sets of barracks standing. All Black N Yellow had to do was win one fight and take down the throne. The mega creeps would help keep the lanes pushed. But Quincy Crew had the perfect hero to deal with the mega creeps – Nature’s Prophet. Yawar “YawaR” Hassan would stay in the base pushing out creeps and would join his teammates when a fight broke out. He had the ‘Removed Teleportation Cooldown’ talent at level 25, which gave him a lot of mobility around the map. Eventually, Envy’s impact on the Wraith King started going down and after getting a Divine Rapier in the 51st minute, he had to get a Battle Fury in the 53rd minute to ensure he didn’t get trapped and kited in NP’s Sprout.

Black N Yellow lost nearly every fight from getting megas to the end of the game, and as a last resort, Envy was left to try and take the throne down himself with his second Rapier. His attempt was easily thwarted, following which Quincy Crew went on to take down the Ancient, with the gold difference peaking at 96,000 at the end! In all fairness, Envy did gift Quincy Crew two Rapiers, so 24k of the 96k can be attributed to that. At the 45th minute, when Black N Yellow got megas, the kill score was 22-29 in their favor. When the game ended in the 49th minute, the kill score was 42-32 in Quincy Crew’s favor! Black N Yellow just managed to get three kills in the final 23 minutes of the game. While the first game was exciting with edge-of-the-seat action, the second game was anything but that. Quincy Crew put on their serious hats and demolished Black N Yellow in just over 16 minutes, securing a 2-0 series win. Quincy Crew now stand at 2-0, while Black N Yellow are at 0-2.

In the other game of the day in the Upper Division of the NA DPC League Season 2, Undying continued with their pursuit of a top two spot with a 2-0 win against the promoted team, Simply TOOBASED. Simply TOOBASED let the Warlock through in the first game and the Beastmaster in the second, learning very quickly that those aren’t heroes that should be allowed to go through. Especially Beastmaster, who Peter “PPD” Dager said during the cast is sure to get nerfed in the next balance patch.

There have been no surprises so far in the NA DPC League as of yet. The four teams that everyone expects to be competing for the top two spots – Evil Geniuses, Quincy Crew, Undying and 4Zoomers – have won all their games till now, but none of them has played against each other yet. That will all change when 4Zoomers take on Evil Geniuses on the 25th of April and then Undying on the 27th of April. The next few days will give us an idea how the top teams in NA have adapted to the new patch and who is more likely to have a chance of making it to the second DPC Major of the year.

Do you love to see the crazy EE Sama games?

Yes, who wouldn't?!
Thank you for voting!
No, it's just random chaos
Thank you for voting!
Siddharth “Gopya” Gopujkar
A Mechanical Engineer who is as interested in the mechanics of DotA 2 as every machine he studies. Pursuing his Master's at the Michigan Technological University.
Share Tweet
552 people reacted to this post