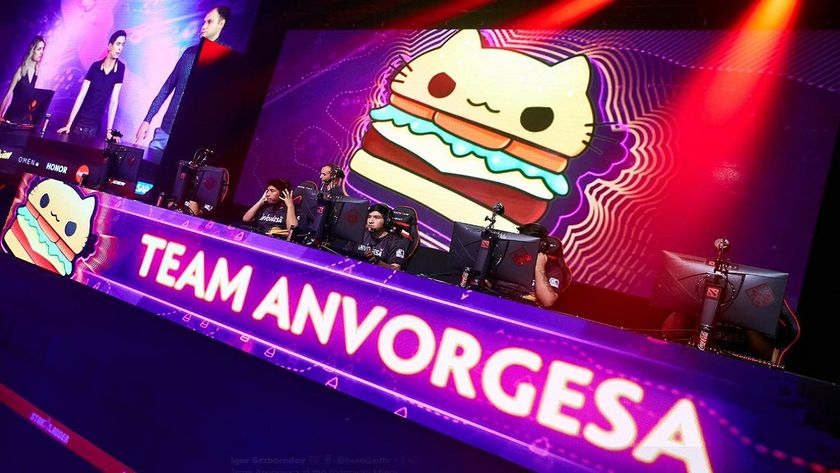 The South American rising stars have landed a spot in the Starladder Ukraine Minor playoffs, securing their second top 4 placement in a DPC event this season.

Many fans may recall Team Anvorgesa when they stunned the crowds at Dota Pit Minor last April. At the time they were part of Majestic Esports, but parted ways shortly after the conclusion of the event.

Gathered once again at Starladder Ukraine Minor, the South American squad has accomplished a repeat performance, proving that their first results were not just a fluke.

After three days of group stage gameplay, Team Anvorgesa took the second seed for Group A after they overpowered and eliminated Winstrike on Thursday and then upset EHOME 2:1 with an outstanding demonstration of resilience and perseverance. AVGSA sent the Chinese team home to practice for TI9 qualifiers as EHOME's elimination means their current 12th place ranking on the DPC leaderboards is in dire straights. More than likely by the end of EPICENTER, they will be passed over by a lower ranked team participating in the last Major of the season and will lose their place for the TI9 direct invite.

In Group B, NiP swept through Mineski 2:0, crushing them in the first game and fighting hard for almost one hour for the victory in the second matchup. NiP secured the top seed of the playoffs with their victory and are one step closer to punching a ticket to the Major.

Team Sirius took two overwhelming wins off of compLexity Gaming, sending the NA team home early with their sights on the upcoming TI9 qualifiers. Although compLexity wasn't on the cusp of the invite threshold, they were close enough that a top finish at the Major would have been all they needed.

With everything down to the wire for Mineski, the SEA locked horns with Team Sirius in hopes to claim a playoff spot. Mineski looked a bit uncharacteristically sloppy and the Chinese team absolutely shellacked them in two 25 minute stomps. Mineski ended their TI9 invite dreams so close, but so far away. Their current 16th place on the DPC leaderboard is not enough to book a ticket to the pinnacle of Dota 2 events and they will need to head home to retool their strategies for the qualifiers.

The group stage was held in the GSL-format, following the results of which, two teams from each group advanced to the Double-Elimination Playoffs Bracket. All matches of the tournament are BO3-format, except the final one, which is BO5.

The Starladder Ukraine Minor will be held from June 10-16th. Eight teams are competing for the lion's share of the $300,000 prize pool and 120 DPC points. Unlike all other Minors this season, Starladder will be awarding the top TWO teams a spot at the EPICENTER Major, the final spot in the DPC season events.

Will Team AVGSA be able to advance to the EPICENTER MAJOR?

Yes! They can do it
Thank you for voting!
Nope, their time is done
Thank you for voting!
Cristy “Pandoradota2” Ramadani
Pandora is a behind the scenes Dota 2 professional Jack of All Trades. When not busy with Dota 2 work, she is out trying to save the world or baking cupcakes. Follow her on Twitter @pandoradota2
Share Tweet
45 people reacted to this post