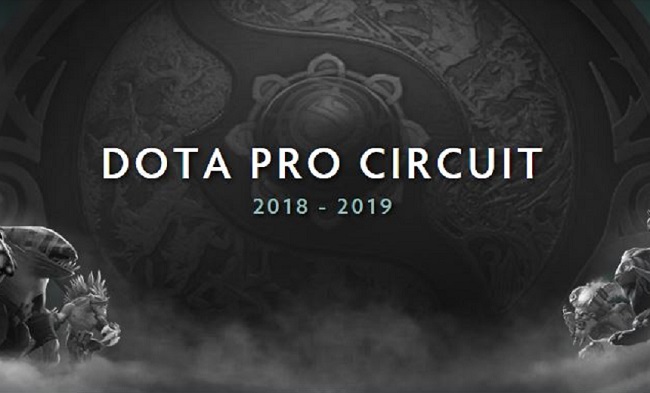 Valve has released more info for players aspiring to take the journey in the DPC 2018-2019 season, including team registration details and information regarding the DPC system itself.

It seems like The International 8 was only days ago, but already the new season is upon us and feels as if it is racing at full speed. In only four more days the open qualifiers for the first Major —The Kuala Lumpur Major in Malaysia hosted by PGL begins. Teams need to register by Saturday, September 15 at 10:00 AM PDT and the closed qualifiers that will debut some of the top teams from last season and hopefuls of this season will commence.

As part of getting things in order, Valve has opened up the Team Registration page with a full overview of the process and list of FAQ for players. Everything is either new or updated so it is important to double check when registering teams. The most important key points to note are that:

HOW DOES THE REGISTRATION PROCESS WORK?

Players and teams can be registered at any point during the season. There is no longer any hard deadline when team rosters are locked, though there are DPC point penalties for making changes to your roster and for playing with subs.

WHO CAN REMOVE A PLAYER FROM A TEAM?

The manager of a team can remove any player from their team, and any player can remove themselves from a team. Doing so will incur a penalty to the team of 20% of all DPC points earned up to that point in the season.

WHEN CAN ROSTER CHANGES BE MADE?

Changes can be made at any point during the season up to when The International 2019 invites happen and TI Qualifiers start. Substitutes can be declared after TI Qualifiers to account for emergencies, subject to approval by Valve.

Fans can follow the registrations of their favorite teams and players HERE on the official registration page.

In addition, the DPC page is now live and will be updated with all of the rankings and points as the events end. Some areas to note about the point distribution is:

How many points are Majors and Minors worth?

This season, Majors are worth 15000 points, and Minors are worth 500 points. Majors points scale linearly with total prizepools above $1M.

How are points distributed base on tournament results?

For Majors, which are 16-team double-elimination, the point distribution is as follows (assuming a $1M prize pool):

For Minors, assuming 8-team double-elimination, the point distribution is as follows:

How many teams receive direct invites to The International 2019 from points?

The top twelve teams with the highest point totals receive direct invites to The International 2019. The other invited teams will be determined by Regional Qualifiers (1 per region).

How are the remaining three Major qualifier slots determined?

The regions for the additional qualifier slots are assigned by Valve, per Major.

One of the biggest takeaways from the new system is the large discrepancy of points between Majors and Minors. This is due to the fact that Minors are not intended as way for teams to gain DPC points, but rather serve as a stepping stone to get to the Major, give exposure and experience and allow for the growth and support to more teams than the top few. Additionally, all teams must qualify for the event - two teams per region and any additional slots will be allocated to a region of Valve's choosing —not the organizer. All teams participating in any of the DPC LANs will now earn points.

A reminder that the first steps for competing in the Kuala Lumpur Major is only days away.

Do you like the changes in the DPC system?

Yes, they are great
Thank you for voting!
No, it feels like Minors are going to be boring
Thank you for voting!
Cristy “Pandoradota2” Ramadani
Pandora is a behind the scenes Dota 2 professional Jack of All Trades. When not busy with Dota 2 work, she is out trying to save the world or baking cupcakes. Follow her on Twitter @pandoradota2
Share Tweet
286 people reacted to this post