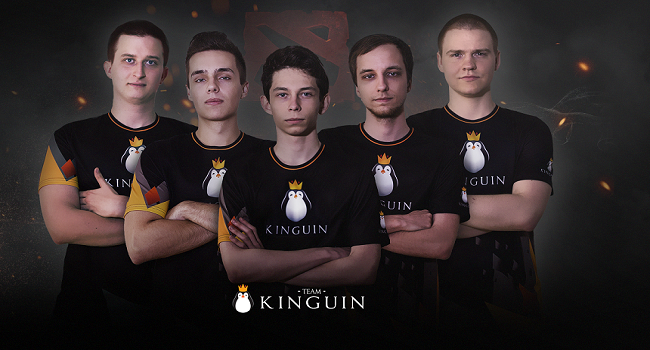 The Polish organization, Kinguin, has parted ways with their Dota 2 roster as the Pro Circuit 2017-2018 season comes to an end.

In the middle of September, as the new Pro Circuit 2017-2018 season was just getting into gear, Kinguin picked up the all-Polish squad Let's Do It. At this point, the organization Kinguin was mostly known as an online marketplace that sells video games, software, and in-game items but had just been starting to extend their reach to e-sports teams such as PUBG and CS:GO and then Dota 2 (taking the squad formerly known as Team Singularity and LDI).

On June 5th, Valve released information regarding the changes to the Pro Circuit system for next year. The three biggest changes that seem to have influenced Kinguin's decision are the number of events which were reduced from 22 to only 11 events, wherein teams could not compete in both the Major and Minors of a set pair and that only eight teams would be able to attend Minors.

“
On this day we are parting ways with our Dota 2 division. Last year with this title was for us, and we hope also for our fans a very productive and exciting one. The 2017/2018 season introduced Dota 2 Pro Circuit, which opened the doors to new, ambitious teams, who tried to fight with the already established top. In our opinion, the changes which are coming with the next season of Pro Circuit will not promote the teams outside of the world’s best, which doesn’t match our long period goals. We would like to thank our team for putting a strong fight and especially for representing us on the home soil, before the polish crowd during ESL One Katowice Major. The work with all of our players and the manager was a pleasure for us and we hope that we managed to promote the title in our country by at least a little margin. We wish you everything best and good luck in developing your esports careers.”

LDI had been making waves on the European circuit since before TI7 and had been a mainstay of the regional scene. The team qualified for Perfect World Masters where they ultimately took 5-6th place, Dota Summit 8 taking 3-4th place, StarLadder Invitational 4 eventually landing in 7-8th place, ESL One Katowice ending with a disappointing 9-12th place finish and StarLadder ImbaTV where they placed 7-8th place to end their LAN appearances for the season.

The team ended the season with 90 DPC points and in 4th place for the TI8 qualifiers with only one slot allocated for the main event.

For  BTS Summer Cup, the team will be sticking together for the tournament, but according to Pawe? "Patos" Naruszewicz, there are no definite plans for next season and there is a big chance there could be changes in the lineup.

Let's Do It roster:

Do you think that more organizations will drop or hesitate to pick up rosters with the new changes?

Yes, its a big possibility
Thank you for voting!
No, I don't think this will be a trend
Thank you for voting!
Cristy “Pandoradota2” Ramadani
Pandora is a behind the scenes Dota 2 professional Jack of All Trades. When not busy with Dota 2 work, she is out trying to save the world or baking cupcakes. Follow her on Twitter @pandoradota2
Share Tweet
329 people reacted to this post