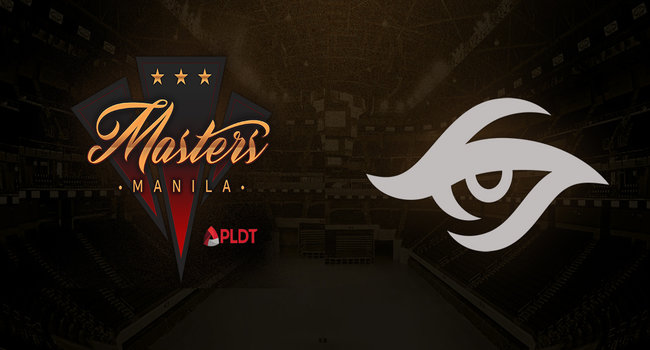 After qualifiying for Kiev Major, Team Secret join OG, Evil Geniuses and Newbee as the direct invites to the Manila Masters.

Having just won the tough European qualifiers for the Kiev Major, Team Secret received a direct invite to the Manila Masters. The $250,000 tournament, which is to be held in SM Mall of Asia Arena from May 26 - May 28 will feature the top teams from around the world battling it out for domination and a potential slot for a direct invite to the biggest tournament of the year - The International 2017.

Team Secret is looking to get off to a hot start this year. After struggling to complete their roster, they might have finally found the right combination with Maurice 'KheZu' Gutmann in the offlane. The roster was able to convincingly claim the ROG Masters in Malaysia in November, and just recently qualified for the Kiev Major in what was arguably the toughest region with only one spot in the Major. It may be of interest to note that Clement 'Puppey' Ivanov has been largely unsuccessful in his last two skirmishes in Manila. With a virtually last place position at the Manila Major and a 5-6th position out of eight competing teams in ESL One Manila, Puppey might be eyeing first place with his new international roster which includes SEA's own Zheng 'MidOne' Yeik Nai and native Korean Pyo "MP" No-a.

Do you think it was a good decision to invite Team Secret to the Manila Masters?

Invictus Gaming are heading to Kiev with both squads