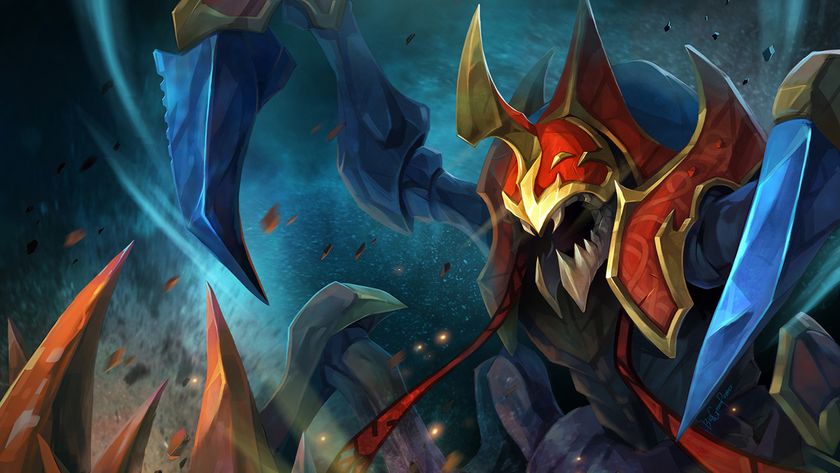 In the fifth and final of the five-part series, we take a look at the top 5 position 4 supports in pubs from the past month for Dota 2 patch 7.32.

In the last couple of weeks, we looked at the top 5 heroes for Dota 2 patch 7.32 in the top tier of pubs for four different positions:

There is only one more position that now remains to be looked at, and that is the position 4 support role, or soft support as ranked match making refers to it. The position 4 role is a very interesting one, and changes quite a bit with the meta. The position 4 hero can either be in the offlane or safe lane, depending on whether the meta favors 2-1-2 or 1-1-3 laning style, and can also roam and stay close to the mid lane in case the mid lane has a lot of importance in the early stages of the game, as it did in Dota 2 patch 7.06.

Marci had a 100% contest rate in the 103 TI11 Last Chance Qualifier games, and a 96.54% contest rate in the 231 games of The International 2022 (TI11). Easily the most contested hero in premier tournaments on the 7.32 patch, Marci carries that trend to the highest tier of pubs as well, having one of the highest pick rates amongst position 4 supports. There were slight nerfs to the hero before TI11, but she was probably kept on the slightly stronger side (along with Primal Beast) to promote the newest additions to Dota 2 during the biggest tournament of the year. Dispose and Rebound provide Marci defensive and offensive outputs in the lane, and once she stars getting skill points in Sidekick, the lane dominance increases.

The insanity lies in the fact that as a position 4, all she needs is Phase Boots and a BKB and she can jump onto and solo a core with Sidekick and Unleash. This has some early Monkey King vibes, when the hero felt unplayable in a position 4 role (back then, Skull Basher worked with the right clicks of the soldiers in Wukong’s Command). There are bound to be nerfs to her in the next big patch, which will hopefully separate her power spikes depending on whether she is being played as a core or a support.

Silencer in the offlane as a position 4 support has a slightly lower pick rate than in a position 5 role, but he still has a very high win rate. In a position 4 role, he gets more farm priority and is able to hit his item timings sooner. Refresher Orb is the main item Silencer wants to get, especially if there is an Enigma in the enemy team. According to Dotabuff, in the last week, Silencer with a Refresher Orbs had a 68.41% win rate! Even if there isn’t an Enigma in the enemy team, it is still a 12 second silence with a Refresher Orb, which is definitely a massive team fight changer.

Earthshaker is a classic TI hero, and it is no secret that Raigor Stonehoof gets buffed every year close to the fight for the Aegis. This year was no different, with the hero getting buffed in multiple patches leading to TI11, which led to him rising in popularity. The reduction in mana cost and cooldown for early levels of Fissure, coupled with the increased Aftershock stun duration has increased his potency in lane. According to Dotabuff, Earthshaker also fares well against Naga Siren and Broodmother, who are popular meta picks right now. This is a meta that tends to have longer games, and Earthshaker is one of the supports that scales into a semi-core quite well late into the game.

Nyx Assassin, like Earthshaker, got a significant number of buffs in recent patches. His Aghanim’s Shard was improved, and now it amplifies all types of spell damage as compared to only magic damage previously. But a hero like Nyx often also resurfaces depending on the popular heroes of the meta. In case of Nyx, he is one of the best counters to AoE damage dealers like Leshrac and Batrider, Dawnbreaker who can get caught during multiple spells (including Solar Guardian), and even Pangolier, who might think he is harmlessly Swashbuckling, but will get stunned with a correctly timed Spiked Carapace. Nyx can also be the perfect setup for allies with global abilities like Dawnbreaker, Invoker, Spectre and Zeus. All the heroes mentioned here are popular meta heroes (except Spectre). The offensive and defensive capabilities of Nyx Assassin were on display quite a few times at TI11 by Team Secret’s Bakyt “Zayac” Emilzhanov. He made the hero look so good, that Tundra Esports banned him in the first phase of all three games of the TI11 grand final. Would Secret have won with Nyx in their ranks? We’ll never know. What we do know is that this is one strong hero in a position 4 role right now. He isn’t the best in the laning stage, but does get quite strong around the time he hits level 6 as the lanes start to break. 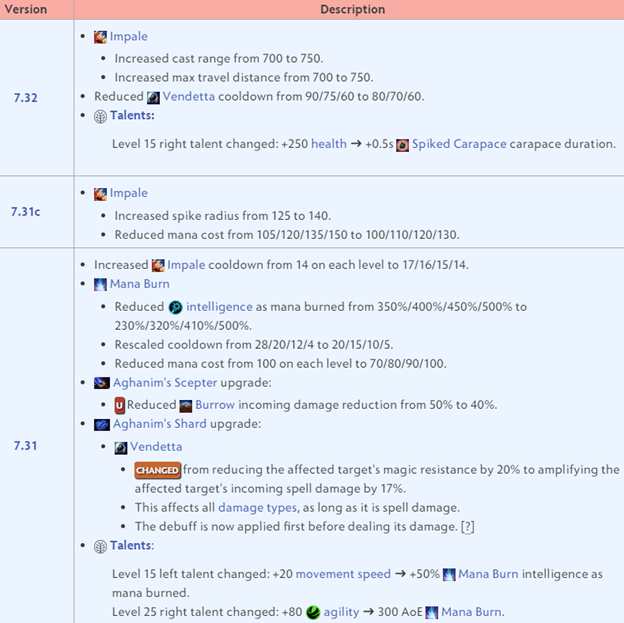 Mirana is the age old position 4 hero (at least for the past three years) who refuses to let her win rate dip below average. She got popular in the position 4 role sometime during TI9, and has been popular in that role ever since, through most of the changing patches and metas. There isn’t too much new to write about the Princess of the Moon (Priestess of the Moon, for the all the old Dota 1 guard) – she’s a strong laner, can pressure the lane and make life difficult for the opposition carry, has a tool to push out lanes, can farm better than most supports, can use Sacred Arrow to neutralize heroes like Chen and Enchantress and top of everything, can be a flex pick. Mirana is possibly the only hero that can be played with a significant impact in all five roles. She hasn’t been a position 1 hero for a while now, but the other four are open for contention.

Do you enjoy going through the top 5 pub series?