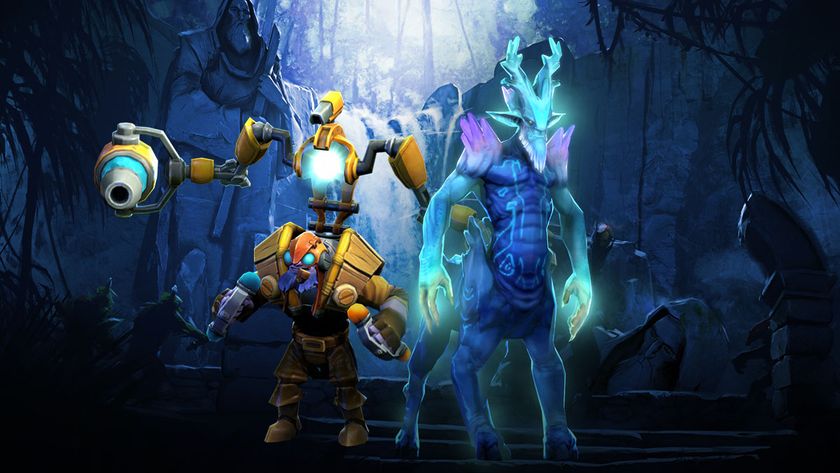 In the first of the five part series, we take a look at the top 5 mid heroes in pubs from the past month for Dota 2 patch 7.32.

The International 2022 (TI11) is done and dusted. Tundra Esports got the Aegis, lost it, and found it again. The vacuum that is left in our lives from the end of the professional Dota 2 season can only be filled with one thing – playing the game while trying to pretend you are as good as the TI-winning team, and getting angry at your teammates when they can’t replicate the world’s best Dota 2 players.

With that in mind, it’s time to take a look at what heroes are killing it in pubs. TI11 had a meta of its own, but more often than not, the professional meta tends to stray away from the pub meta. Today, we take a look at the top 5 mid heroes in pubs from the past month of games on Dota 2 patch 7.32. If you pick mid heroes such as Tusk, Spirit Breaker or Outworld Destroyer like Tundra’s Leon “Nine” Kirilin did, there is a good chance that you will lose the game and get reported. A better chance for success is to stick to heroes that have been doing well in high level pubs.

Leshrac got a couple of small buffs recently, and the one regarding increase in base attack damage has made life a bit easier in the laning stage. But by far the biggest reason Leshrac is a popular hero right now is the buff to Bloodstone. Bloodstone’s spell lifesteal was increased to 30% (from 25%) in Dota 2 patch 7.31d, and patch 7.32 increased the active multiplier from 2 to 2.5. What that means is when the active is used, Bloodstone provides 30 x 2.5 = 75% spell lifesteal! That is absolutely insane.

There is only one hero in the game that the item is currently viable on: the Disco Pony (or Tormented Soul, if you prefer a much more dire and Dota 1 related name). Not only is it viable on Leshrac, but it is also broken. Nearly all Leshrac picks at TI11 went for a first item Bloodstone on the hero – that is how good the item is on the hero. With Pulse Nova and Diabolic Edict active, if Leshrac is amongst two or three heroes, the spell lifesteal gives him a lot of tankability. Once the item is nerfed or reworked, Leshrac’s viability will come into question. But till then, this is a strong hero to play in the mid lane.

In Dota 2 patch 7.32, Tinker had the mana cost for Laser and Rearm reduced, and also got a buff for the Rearm channel time. To add to the buffs, the fact that heroes like Beastmaster, Broodmother, and Chen are pretty decent in the meta helps, because they provide the controlled units which allow Tinker to teleport anywhere on the map with just level 2 of Keen Conveyance.

The new talent, which grants 25% cooldown reduction might not be the best for Tinker himself because he has Rearm, but it does help allies quite a bit, especially when dealing with high cooldown abilities like Black Hole or Ravage. It is a slight surprise that Tinker didn’t have a very high pick rate at TI11, but that’s probably because professional teams can outplay him with their coordination. In pubs though, Boush reigns supreme.

Now, this is a tricky hero – it is good in pubs, but only if you know how to play him well. After the increase in Spark Wraith damage in Dota 2 patch 7.31 and the 50% cooldown reduction for the Tempest Double with the level 25 talent, the popular build has been Octarine Core and Aghanim’s Scepter, which makes him a Spark Wraith spamming nuisance. According to Dotabuff, Aghanim’s Scepter was the fourth most purchased item on Arc Warden in the past week, and it had a 64.61% win rate! Aghanim’s Scepter spawns a new Spark Wraith at the location where the old one hits an enemy. But once again, it needs to be iterated that this hero is one of the more difficult ones in Dota 2 and needs practice. It isn’t a good idea to waltz into the mid lane with Arc Warden and expect to win the game.

Tiny was a position 1 hero for the longest time, and the nerfs that the Stone Giant received were all targeted to the right click build. But his burst build is still quite potent, which is what is popular from the mid lane. Of course, the skill and item builds are very different. For mid Tiny, the typical skill build is one point in Tree Grab and maxing out Avalanche and Toss. The item build focuses on maxing out the early game burst potential with Phase Boots, Blink and Echo Sabre, and the late mid to late game can be devoted to more physical damage items like Aghanim’s Scepter for Tree Volley and Daedalus. In case the game goes very long, Tiny can easily transition into a right click carry with the help of his Aghanim’s Shard, which removes the count on Tree Grab.

The only buff Huskar received in Dota 2 patch 7.32 was Beserker’s Blood max health regeneration bonus scaling better at the early levels from 16%/34%/52%/70% to 25%/40%/55%/70%. That definitely is a massive boost in the laning stage, which is a possible reason he is more prevalent in this meta. Huskar is a snowball hero, and anything that can help him win the lane harder is a massive buff. According to Dotabuff, in all the popular Huskar pub builds, Berserker’s Blood is maxed out first. Other than that though, the Sacred Warrior hasn’t seen a lot of changes. It helps that Dazzle is a strong hero right now, because Huskar when paired with either Dazzle or Oracle is downright terrifying as they allow him to stay alive on low HP, which is where he loves to fight. More so with Dazzle, because Shallow Grave is a relatively short cooldown spell as compared to Oracle’s False Promise.

In the days to come, we will look at the best heroes in pubs for all positions. Till the next balance patch arrives, these heroes might help you earn a bit of MMR from the mid lane.