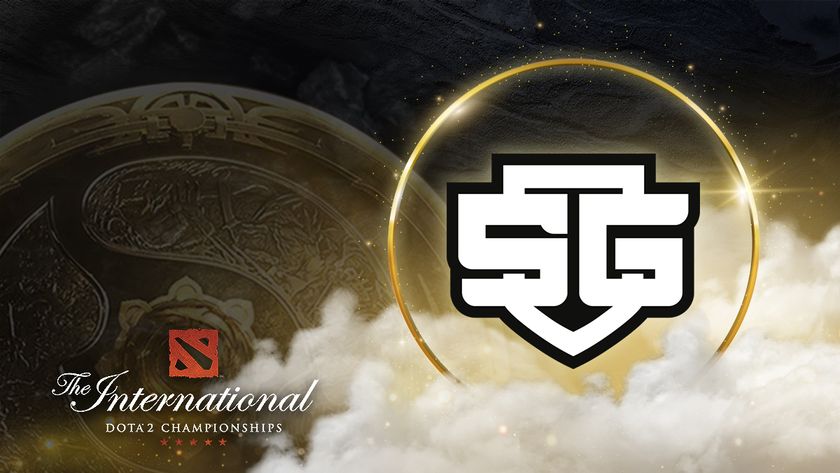 TI10 SG esports: A dark horse story in the making

For the Brazilian organization and for the majority of its Dota 2 line-up, the 2021 year marks their debut at The International. TI10 is bound to be an edition with many firsts for SA Dota and hopefully, it will be one to remember for the Brazilian fans as well.

SG esports is the only Brazilian team to fight for the Aegis of Champions, but overall, they are the third squad to represent South America at TI this year. They made it to TI10 after a hard 2019 year, in which they had to cease all operations, drop all their divisions, including the Dota 2 team, and wait for a better moment to come back to the esports world. They saw an opportunity mid December 2020 when they signed the unsponsored Team Brasil in preparation for the 2021 Dota Pro Circuit.

For many of the Team Brasil players, this was a return to the SG banner. The only one who is now at his first stint with the organization is Matheus "KJ" Diniz, the 21 years old captain, who is now facing a completely new challenge. This coming October he won’t only make his TI debut, but The International 10 happens to also be his first big LAN event.

A couple of months back, SG esports were not even in the cards for TI10. They placed third in the first season of regional leagues, behind beastcoast and Thunder Predator and although the former could not make the trip to Singapore Major, they weren’t granted a free pass to that event and finished the season with the 200 points secured from the league play.

Ahead of the second season of DPC regional leagues they benched Danylo "Kingrd" Nascimento and welcomed aboard Otávio "Tavo" Gabriel, in hopes that his offlane experience would give them the boost needed in order to finish in the top two. Unfortunately, that didn’t happen and in fact, the new season ended with an abysmal 6th place finish, no points secured, and one series away from relegation. It was the victory achieved over Unknown on week six of the seasonal league that saved their spot in the SA upper-division, but they got no points from that and the only option to secure a ticket to TI10 was to prevail in the closed regional qualifiers.

“After the roster change, bringing in Tavo for Kingrd, the main issue was requiring time to adapt to a new style of playing, which we didn’t get for the second season of the DPC Leagues,” SG explained in an interview with GosuGamers after the TI qualifiers.

Less than two weeks before TI10, the closed qualifiers for the biggest Dota 2 event are still SG esports’ best result and most impressive performance. They were clearly the underdogs going into the qualifiers against the likes of NoPing Eports, Infamous, or Infinity and now they can be regarded as the ultimate underdog heading into TI10.

One of the factors that allowed them to deliver the upset in the qualifiers was their capacity to fully focus when it mattered the most. With the team entering a full bootcamping mode and everyone being able to get on the same page in terms of game plan and execution, they found the success that they were looking for.

“We had a schedule where all players and staff were participating, and everyone had the same idea about our strategies and how we were supposed to play the game. A lot of small things had to be done right to get SG Esports across the finish line,” said the team when we caught with them after the qualifiers.

They embraced their underdog status and recognized that there is still a lot more work to do in order to write a Cinderella story on the biggest Dota 2 stage and for that, they made a final effort and gathered for a nearly two months long bootcamp in Bucharest, Romania for The International 10.

While four of their players and their coach have never been to TI before, they do have a veteran of the scene on their side to help them go through what will be their biggest challenge as of yet.

Tavo has plenty of big LAN tournaments under his belt, he’s also been to TI before and he’s been on multiple rosters that delivered some of the most unexpected upsets. However, he is yet to breach into the top eight at TI.

“All those stumbles in my career taught me many lessons. […] For this TI, I think I’m more prepared, more mature and more certain about what I'm going to do,” he said in one of the SG esports’ bootcamp videos released on their YouTube channel.

SG esports’ claim at the Aegis

Like most of the SA teams, SG esports is very likely to bring complete chaos on the TI stage. They like to play extremely aggressively and more often than not they ride the momentum to apply pressure by constantly forcing skirmishes around the map. Their most picked hero in the TI10 qualifiers was Thiolicor’s Mirana. They abused the combos with Clockwerk, Mars, and Dragon Knight and they also found a lot of success with Costabile’s Terrorbalde.

But, while these few combos worked wonderfully in the qualifiers, they will now have to explore more options. The good news is that their players do have a pretty decent hero pool and that the 7.30 patch is still open to hyper-aggressive strategies within the current generous meta.

It’s impossible to picture them as TI champions this year, it’s even hard to dream of a top eight finish for them judging on their LAN experience, but if a tournament proved times and times again that the underdogs should never be underestimated, that one is The International.

Will SG esports write a Cinderella story at TI10?