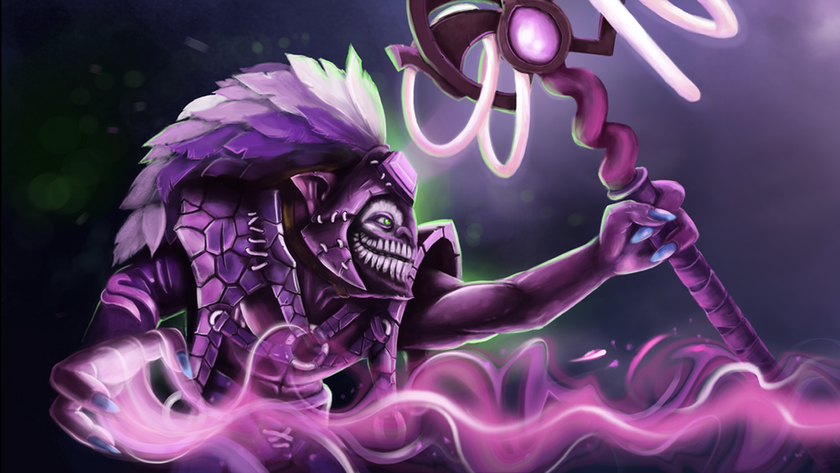 With The International coming up in a few weeks, we take a look at the heroes that deserve a buff in the next Dota 2 patch to make a mark on the biggest stage.

It has been a weird couple of years for the professional Dota 2 scene. While The International was totally scrapped in 2020, it has been postponed by two months to October in 2021. The typical festive spirit that builds up from the last DPC Major to the TI qualifiers to eventually The International itself has died down a bit, owing to a lack of professional Dota 2 and nothing to look forward to in the short term. However, the delaying of TI10 does open up a window of opportunity for a new patch to be dropped before the event commences. Dota 2 patch 7.29 has been around for three months.

While there is no indication from Valve that patch 7.30 will arrive before everyone heads to Bucharest, it is a fair assumption that will be the case as there are still a little under two and half months for the biggest Dota 2 event of the year to start.

With that in mind, we take a look at five heroes who really deserve a strong buff, and who should be a part of the meta that develops at TI10. The list of heroes has been selected based on two factors: The heroes that were hardly picked in professional games played on patch 7.29 (1631 games), and the ones which hardly saw any play in the last three iterations of The International (TI7, TI8 and TI9 – 1438 games combined, including the qualifier games). Certain heroes like Sand King, Earthshaker and Rubick have enjoyed the limelight come The International, but there are quite a few who haven’t had the opportunity to make a mark on the biggest of stages.

Bounty Hunter is a hero whose role in professional games has jumped around quite a bit. He has been played as an offlaner as well as in both support roles in the past, but of late, has hardly been picked. But that’s possibly the issue with BH –  he doesn’t have the tools to stamp his mark on a role.

While the hero has received buffs in the last few patches, most of them are minor ones and nothing that really sticks out. Ever since Track gold was changed from reliable gold to unrealizable gold in Dota 2 patch 7.26b, Bounty hasn’t been compensated sufficiently with a buff to other parts of his game.

When Aghanim’s Shards were introduced in the game, BH’s first Shard upgrade (in patch 7.28), as well as his second one (in patch 7.29), were nerfed immediately in the balance patches after the big patch. Had those not been nerfed, BH could have been popular picks, especially with the Shard from patch 7.28, which made Tracked heroes into walking Observer Wards. A lot of supports like Ancient Apparition, Earthshaker and Warlock saw their popularity rise due to their Aghanim’s Shards upgrades. His current Shard upgrade reduces damage in Shadow Walk, which is a good defensive ability for himself, but it doesn’t provide anything for the team. A more team oriented Shard upgrade is what could possibly get him in good shape for TI10.

Clinkz was a prominent hero at TI8, but that was possibly the only major tournament he has been an integral part of in the past few years. 58 of his 83 picks came in TI8, meaning the other two Tis in question had just 25 combined picks. The Bone Fletcher has not seen too much play in this year's DPC Leagues and DPC Majors either.

Right after TI8, Clinkz was a subject of IceFrog’s “let’s change the hero completely” experiment, where his ultimate got changed from Death Pact to Burning Army. Teams tried to make it work, but it just wasn’t the same level of effectiveness. So when Death Pact was brought back in patch 7.27, there was some hope for the hero, but it hasn’t been the case as other carries in the meta have been significantly better.

Clinkz has been one of the heroes who’s had nerfs thrown his way the moment he started performing slightly better. Death Pact is an extremely important skill for him, as it makes the initially squishy hero into a slightly tankier one with significant damage. But nerfs to skill in patch 7.27c and patch 7.28a have weakened in the arrows in his quiver (pun intended).

Clinkz’s Aghanim’s Shard upgrade, which was previously his Aghanim’s Scepter upgrade (spawning to Skeleton Archers while coming out of Skeleton Walk) is a strong ability and gives the hero a lot of pickoff potential. What previously cost 4200 gold now costs only 1400 gold. He is possibly a hero on the brink of being a strong contender, but looking at his numbers, definitely needs a hefty push to cross that line.

The 7.29 meta is a healing meta, with healers like Enchantress, Oracle, Warlock and Winter Wyvern being picked up and their heals amplified by Holy Locket. It is also a burst damage meta, because of which Aeon Disk has become a staple pick for most heroes. In a healing and burst damage meta, if a hero like Dazzle isn’t picked, then it is a clear indication that there is something fundamentally wrong with the hero. He has a low cooldown heal in Shadow Wave, and is one of the best counters to burst damage in Shallow Grave. However, Shadow Priest has been largely unpicked.

The issue with Dazzle is a bit similar to Bounty Hunter. He was an out and out support a few years ago, but with the new ultimate, IceFrog has been trying to push him as a core. His ultimate has neither an offensive nor defensive aspect to it, which can be a red flag when picking the hero as a support. His previous ultimate, Weave, did both! It increased the armour of allies and decreased the armour of enemy heroes. Bad Juju still reduces armour, but it depends on the number of skills used and the proximity to the enemy heroes. In the case of Weave, even if Dazzle died in the team fight after casting it, its effects could be felt for a long time (24 seconds).

Dazzle’s Aghanim’s Shard is decent, especially against illusion heroes, as the AoE Hex can clear illusions instantly. But it is more like a mini stun, and while it can be a factor in picking the hero, it isn’t good enough to be the sole basis for the pick. Heading into 7.30 and TI10, Dazzle is one hero that needs to be looked at more carefully, because the hero has slowly but surely been fading away when it comes to professional games.

Omniknight is another hero with a heal who has been completely ignored in more than a past few patches. He has one of the best skills in the game – Heavenly Grace. But the rest of the weapons in his arsenal have gathered rust and are in need of sharpening.

IceFrog tried to push Omniknight as a core with his Aghanim’s Shard (why are so many supports being pushed as cores?!) granting the Hammer of Purity, but it did not take off well at all. Granted, it is quite a useful tool in Nemestice, but in the normal form of the game, Omni carry doesn’t have a natural farming tool and takes a good deal of time to come online. Even when Omni has been played as a position 3 hero in the past (typically, it’s position 3 or position 5), it has hardly ever been a damage dealer or initiator. The core role has been used to give him more farm priority to get items like Guardian Graves and Aghanim’s Scepter a lot quicker. A couple of buffs along with a revamped Aghanim’s Shard could bring Omniknight back into contention.

When you’re in a game of Dota 2, the only player that likes Pudge is the player who picks him. For the most part, players aren’t too pleased to see heroes like Pudge and Techies in their game. But when it comes to watching them being used by the best of the best in games where there is a lot at stake, it is a completely different way of viewing the hero! Watching Pudge in professional games adds a bit of extra spice to the games.

The only time Pudge was a regular pick was in the patch just before TI8 (patch 7.18), where he had a 17 second cooldown on his level 1 Meat Hook and was picked as a position 4 hero. Players would take a lot of Enchanted Mangos to the offlane and try and disrupt the enemy carry’s lane with a barrage of hooks. Immediately in the next patch, the level 1 cooldown was increased to 27 seconds.

Recently, he has seen a bit of activity due to his Aghanim’s Shard, which can be used to Dismember allies, consume them and save them from murky situations. Evil Geniuses’ support, Andreas “Cr1t” Nielsen, played the hero a lot in high level pubs at the start of the 7.29 patch, but EG only picked it once in their DPC League games. It is definitely extremely difficult to balance Pudge in a way that he doesn’t overpower pubs and yet, is a solid pick in professional games. But if that can be done, it would make for a much more eventful TI10, and also reverse a bit of the injustice Pudge has experienced in terms of number of picks in the past.

The International is a long drawn event which always has a meta of its own form as the tournament goes on. While that might still be the case if TI10 is played on the same patch as the one on which the second DPC Major was played, it will be a lot more interesting to see a few unusual heroes that bring out unexpected strategies.

Would you like to see new set of heroes dominate at TI10?