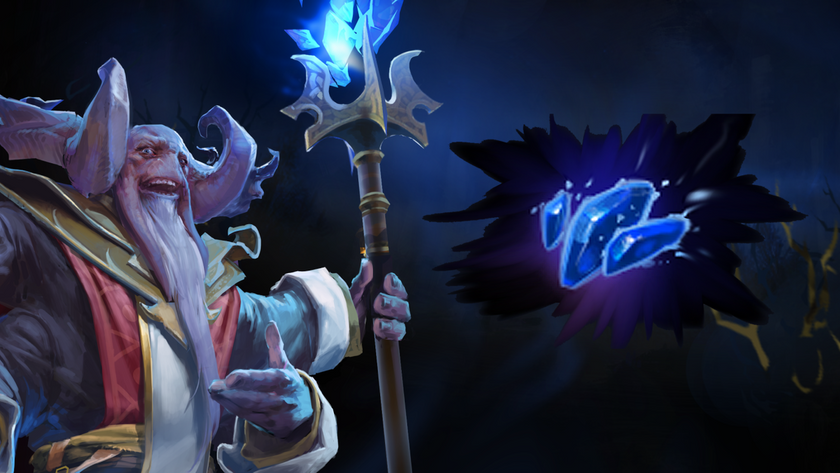 Aghanim’s Shard has added a new dimension to the game in terms of decision making. Here’s a look at the top 15 Aghanim’s Shards from the 7.29 patch.

Aghanim’s Shard was introduced to the game in Dota 2 patch 7.28, but it has already become a major part of the game, influencing hero picks and builds. It has gained a lot more importance in patch 7.29 because of the second Roshan now dropping an Aghanim’s Shard along with Aegis and Cheese. Seeing that very few Shards found regular use in patch 7.28, IceFrog reworked or buffed a good chunk of the Aghanim’s Shards in patch 7.29. Let’s take a deep dive into which Shards will possibly find more use in the new meta.

The incoming damage reduction was reduced to 35% in patch 7.29b, but even with that, Bounty Hunter has Shadow Walk down to a cooldown of 10 seconds with a stun. The damage reduction comes with the Shadow Walk status, so even if Bounty is under vision while under the effects of Shadow Walk, he takes reduced damage. It basically equates to Bounty Hunter having 54% increased effective HP (EHP), which is an absurd amount of tankiness. Bounty will be a lot less vulnerable while on scouting missions in the enemy jungle.

Centaur’s Aghanim’s Shard gives him 15% bonus strength for 15 seconds for a maximum of 5 stacks, with the duration refreshing per stack. A Centaur with a Heart of Tarrasque at level 20 has 3710 HP. With the five stacks from the Shard, that HP increases to 6150! Strength is not just additional tankiness for Centaur, it is also more damage for Double Edge and more damage return from Retaliate. The 25% slow makes it a lot easier to land Hoof Stomp, and harder for a target to make an escape. The  beauty of this Shard is the effects come into play every four seconds because of the low cooldown on Double Edge.

Reworked Shard. Now allows you to move, cast, and attack during Freezing Field. Your movement speed is reduced by 75% during this and the Freezing Field follows your movement. Interruptions and Silences will still interrupt the spell.

The movement permitted by the Shard includes using items like Blink Dagger and Force Staff, which gives Crystal Maiden the ability to use Freezing Field in the shadows and blink into the fight in a favorable position and use her other spells. It also opens up the possibilities of some meme strats like Dark Seer Surging a CM who has used Freezing Field, or Lycan using Wolf Bite to get a maximum movement Freezing Field.

The Poison Touch cooldown with level 3 Bad Juju is 9 seconds, which means the Shard provides an AoE hex every 9 seconds. Besides being an AoE disable, it is an instant illusion clear tool, because illusions are destroyed by hex. Spray Poison Touch into a crowd of Naga Sirens or Phantom Lancers, and all illusions disappear in an instant. Dazzle isn’t the most popular at the moment, but with a few buffs, if the hero becomes tier 1, Shard will be a core pickup on him. Of the six regions, China has been the one warming up to Dazzle in the DPC League games and they are making Shard pickup a common feature of the hero.

●        Shard now always increases the radius, rather than only on allies

Disruptor’s Aghanim’s Shard upgrade can be a very effective way of buffing up cores, more specifically melee carries who like to stick to enemies like Ursa or Wraith King. The target gets additional movement speed, which helps in chasing targets; additional attack speed, which increases the DPS; and deals 360 damage to enemies in the vicinity (788 damage with both the Thunder Strike talents).There are 2 seconds between successive Thunder Strike hits. Earlier, the allied bonus lasted for just 1 second after each strike. The added 0.25 seconds after each strike and the increased radius makes this Shard completely worth it. The only catch is the game needs to have the right kind of core to go with it.

Reworked Shard upgrade. Causes Ink Swell to deal 50% more damage and heal the target for 50% of the damage Ink Swell deals. Upon expiration, the target will receive a strong dispel.

Without the Shard, the maximum Ink Swell damage at level 4 is 394 (taking into consideration the 25% magic damage reduction heroes have). With the Shard, that damage increases to 551 (634 with the 15% magic damage amplification from the level 15 talent). A 40% heal is a heal of 220 (254 with the talent) per target, and if there are multiple targets the heal increases linearly with the number of targets. Any initiating hero like Axe, Centaur or Tidehunter can afford to blink in a bit dangerously, knowing that the strong dispel and heal will potentially get them out of murky waters. Grimstroke is also one of the supports who can farm quickly, thanks to the Stroke of Fate, so getting 1400 gold for the Aghanim’s Shard isn’t as difficult for him as it could be for other position 5 supports.

Legion Commander has one of the few strong dispels in the game with Press the Attack, which makes her an amazing counter to heroes like Batrider and Bane. With the Shard, the same skill acts as a mini BKB for the carry or mid. Without the Shard, an ally is still susceptible to disables after the strong disable is applied. With the spell immunity, the hero has a short amount of time to make the great escape. It can also be used to prevent impending magic damage from skills like Assassinate and Sharpshooter. At level 25, there is potential to make the entire team magic immune!

Patch 7.29b reduced the Shard damage to 40%, but it still makes the Spirit Lance illusion damage to 60%, which is a lot of damage, especially considering Phantom Lancer likes to build stat items. The Spirit also bounces to a second unit, causing heroes to have to deal with strong illusions. It’s not the most enjoyable thing to do for supports. The illusions also spawn additional illusions through Juxtapose, so just throwing a Lance onto a creep wave or neutral camp is more than enough to clear it out.

Make an Aether Lens and the cast range for the allied Dismember goes to 650. For reference, Winter Wyvern’s Winter’s Curse has a radius of 525. Pudge can save allies caught in Duel, Winter’s Curse or any other disable and whisk them away to safety while healing them inside him, as weird as that sounds. The cooldown is reduced to only seconds, which makes it available quicker than usual for another save or a disable on an enemy. The usefulness of this Shard was displayed by Andreas “Cr1t” Nielsen when Evil Geniuses played The Cut in the NA DPC League at the start of season 2. Crit kept on Dismembering allies who got dueled, rendering Legion Commander useless in the game.

The additional intelligence Skywrath gains from the Shard helps in two ways – increasing his mana pool by 60 every time he uses a spell, and increasing in the Arcane Bolt damage, which has a damage component based on Skywrath’s intelligence. Considering Arcane Bolt has a cooldown of 2 seconds, it isn’t too difficult to accumulate multiple buffs. The armor increase is just the cherry on top of the cake, offering the hero more survivability.

Snapfire’s Aghanim’s Shard was one of the better ones to come out of patch 7.28, but with her being out of the meta, it didn’t see too much use.  The Shard gives grandma more control with the additional stun. Any heroes in the point blank range are pushed out along with being stunned, and they land in the perfect spot for her to follow up with the Firesnap Cookie. The combo done correctly can lead to multiple heroes being stunned for a bit more than 4 seconds, along with 795 magic damage done to each of them.

What is Timbersaw’s biggest weakness (except for break, Spirit Vessel and burst damage)? He can’t take down buildings. He can take the tower aggro and make the creeps do the dirty work for him, but he doesn’t do a lot to buildings.  Until patch 7.22, Timbersaw had a +100 damage talent at level 15, which players used for building damage. But since that was taken away, he began running into the issue again, until now. Timbersaw’s Aghanim’s Shard was quite popular in Season 1 of the DPC, so it is a bit of a surprise that he received a buff for it. But the result is, Timbersaw can dish out 252 magic damage on buildings every 15 seconds. Additionally, it is now easier to farm Ancients, who had their magic resistance decreased in patch 7.28. An already good Shard is now better, which makes it an item to be purchased in every game, instead of a situational one.

Tinker isn’t thought of as a support, so this isn’t a Shard that has received the attention it deserves. 50% status resistance is completely insane, and Tinker can keep spamming it because it refreshes with Rearm. OG’s Johan “N0tail” Sundstein has been playing support Tinker in pubs, but it might take a little more than that to make a case for the support Tinker.

The Earthshock cooldown reduction was reduced from 2 seconds to 1 second in patch 7.29b.

The Shard gives an assurance when jumping in, without having to use his ultimate. The old Shard provided the Enrage buff every six attacks, but that wouldn’t be helpful while initiating. With this change, Ursa gets the buff at the start of the skirmish, which makes instant disables a lot easier to play against because of the 50% status resistance Enrage offers.

The best Aghanim’s Shard to hit the market in Dota 2 patch 7.29, period. Warlock has become one of the top supports of the meta, and a major reason for it is the Aghanim’s Shard. Warlock’s level 20 talent was moved to the Shard, which makes it a lot better for a position 5 support, because getting to level 20 does not come too early in the game. And with the buffs to Holy Locket, Warlock can get it as his first item and then start saving up for the Shard, which can be bought at the 20 minute mark. The AoE heal/damage is amazing in team fights, synergizes with fatal bonds and gives Warlock a tool to push out lanes easily. The hero also has two talents to make the skill better.

Of the 38 professional games in which Warlock was picked in patch 7.29, Aghanim’s Shard was picked in 22 of the games and the average purchase time was 25:07. In Team Liquid’s EU DPC League game against Nigma, Ayodin “Insania” Sarokhi’s Warlock had 30775 healing in a 45 minute game, thanks to the Shard!

Besides the 15 heroes mentioned above, there are a few other heroes as well that have Aghanim’s Shards worth buying as per the situation.

When the second season of the DPC Leagues ends, Gosugamers will have an in depth analysis on which Shards were used the most throughout the season in all six Dota 2 regions.

Is the second Roshan dropping an Aghanim's Shard overpowered?