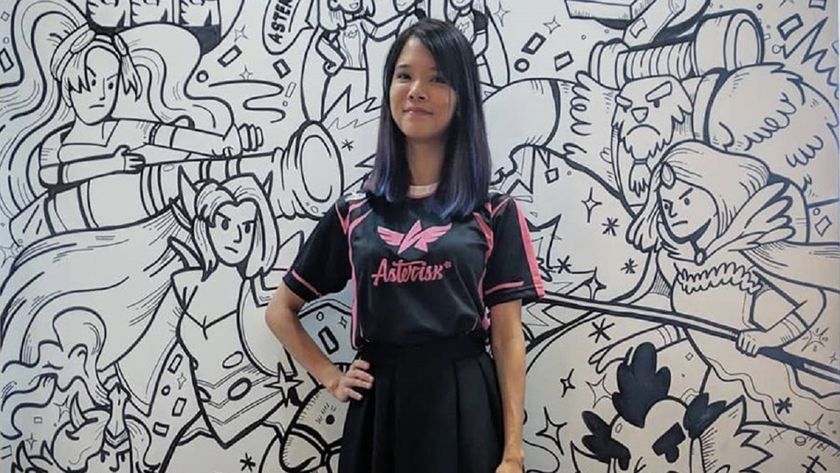 Spotlight on FSL; For women, by women

FSL Season 6 has just concluded as the most successful season so far. We looked closer at this league in SEA created for women by women and how it all started.

"I always say that women should have the self-confidence that they are as good as male players, but only if they are willing to work and take it seriously as much as male players."

-Win a LAN before you talk

Two of the typical responses to a strong statement targeting women competitors on a professional level. It's heard as shouts on social media and streaming platforms, whisperings at events, hushed conversations at the office, and as heaviness on an aspiring heart. Don't believe it? Listen. Read. Ask around.

Judit Polgár has paved the way for women in competition. She is generally considered the strongest female chess player of all time, achieving the title of Grandmaster at the age of 15 years and 4 months, at the time the youngest to have done so — breaking the record previously held by former World Champion Bobby Fischer.

Polgár is the only woman to have won a game against a reigning world number one player and has defeated eleven current or former world champions in either rapid or classical chess.

If you ask Tammy "Furryfish" Tang Zhao En, Polgár is her source of inspiration.

Tammy recalled a resounding statement from Judit that took aim and hit hard. When Judit was asked about playing against boys instead of the girls' section of tournaments, she responded "These other girls are not serious about chess...I practice five or six hours a day, but they get distracted by cooking and work around the house."

For Tammy, that meant the same as saying "It’s all in your hands if you want something bad enough, YOU WILL GO OUT AND GET IT!"

Judit had given Tammy a seed, which she planted and nurtured. The roots became the foundation of Tammy's career and the branches would touch an entire community.

Tammy — A woman paving the way in SEA

Tammy knows a bit about competing as a woman in a male-dominated industry. The Singaporean has been pushing her way into the esports space for well over two decades.

She started gaming early. Her father was a 'techie' and fast internet was always beneath her fingertips. In 1995 she was playing games online at a serious level - that's in primary school for those trying to do the math. In secondary school, circa 1999, she was already playing Counter-Strike on a competitive level. 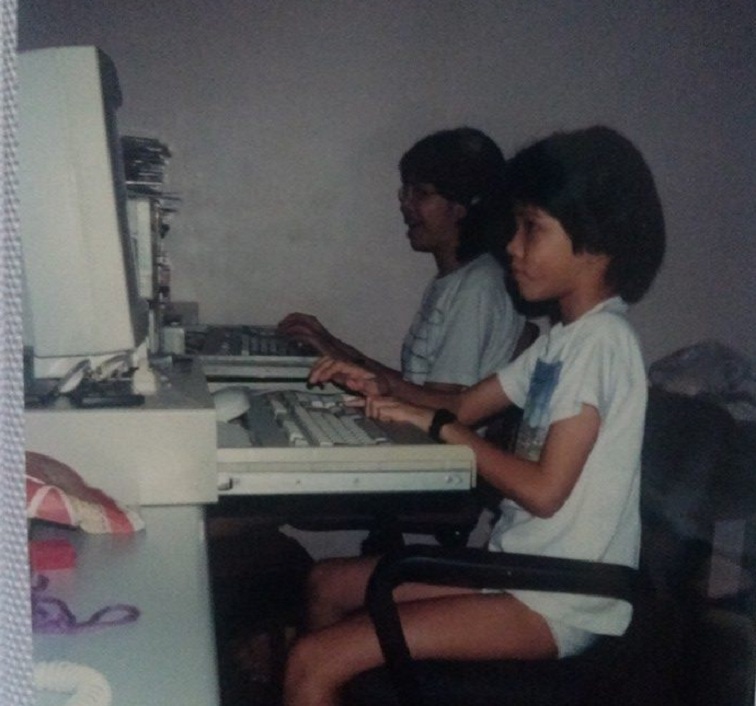 If you scroll through her facebook, you get a rich pictorial history of the world of Dota and competitive esports. You'll see her involved in LOL and DotA events as early as 2010 - big smiles, full of confidence and head held high. She's there with the teams at TI1. She is an esteemed guest on a shortlist that provides commentary and insight in Valve's Free to Play documentary. She has filled professional roles at Twitch, Razer, LGD events and was the manager of Team Faceless just over two years ago.

This, is of course, in addition to being an accomplished sportswoman with medals in sailing and gymnastics. She was never made to believe that she couldn't achieve anything less than what she wanted to.

A woman armed with high ambition, a competitive drive and a desire to empower others, Tammy has become a beacon of hope and inspiration for women navigating through Dota 2's murky and often biased scene. 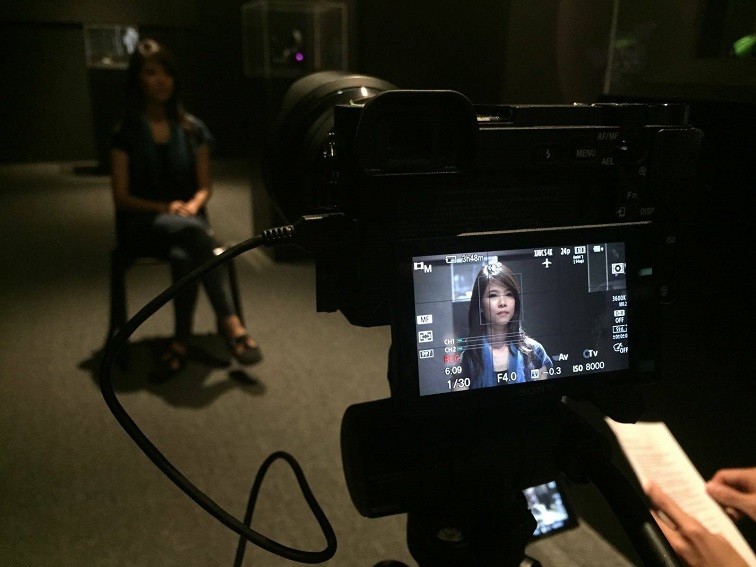 Asterisk* — a first step towards competing and empowering others

In 2004 she co-founded a team turned-organization that has since been rebranded as Asterisk*. The team's first official event was at the World Cyber Games Grand Finals in Singapore in 2005, where the team claimed victory at the event's stage showcase match.

Since its inauguration, Asterisk* has been featured on magazines, leading esports portals and television, making regular appearances at Thailand's annual games convention, the Electronic Sports Thailand Championship, and actively participating in local and regional tournaments, conventions and forum panel discussions.

Still going strong, six years later in 2013, Asterisk* was able to expand and picked up a League of Legends team.

For many women through the years, Asterisk* has been a place where those who are serious about competing can connect with like-minded peers, embrace their passion and focus on achieving success.

Our teams are semi-professional, so all of them have full-time jobs/school.
We have so far been a stepping stone and looked up to as the top female team in Singapore, and regionally, the team that females who want to compete seriously aspire to be in. We hope to see females competing at the highest level of play eventually, so if one of our alumni make it there eventually because we gave them a starting point, we would be overjoyed.

Things were falling into place and by most accounts, Tammy's career would be considered robust, full of achievements, success and meaning.

But that wasn't enough for Tammy. There were a lot more women that needed a place to start, many more than Asterisk* could support. Work needed to be done to re-shape a culture and re-write perceptions of women in gaming. There were futures to be had for girls just starting out with starry eyes and big dreams. And Tammy wanted to make their journey easier and pave a road towards success for them. 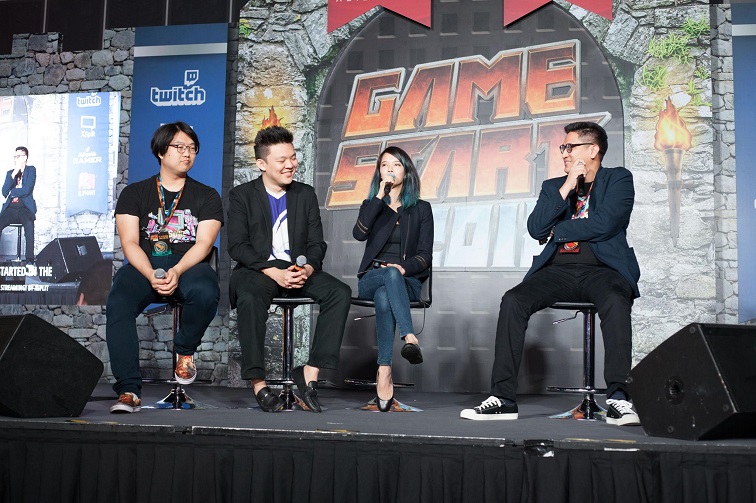 So Tammy filled her plate with more and extended her reach.

FSL — a Female esports league based out of Singapore

The original goal was simple. Tammy wanted to provide a community and vehicle for empowerment for other women. It was designed to be a stop along the way to success. The aim was for those involved to be able to move on to greater things.

I think that since most teams have a majority of male players if given a chance to decide between a female and a male player of equal standard, they’d take the male player. It would have to be a truly exceptional female player for them to choose her over a guy, skill wise. Most females taken into male teams have been part of a marketing or publicity stunt, which I understand, but still, don’t really fully agree with. When I hear someone talk about a certain female’s skill, I want to hear “oh she is damn good” without the “for a girl” which is usually pegged behind it.

Through the opportunity to compete in ongoing events that were broadcasted and sponsored, women could start to develop professional experiences and mindsets. They could network, find mentors, practice and grow.

Starting out six years ago with Dota 2, FSL has since grown. Three years ago it expanded to include League of Legends which had their first offline finals and the league will be introducing a mobile division later this year.

When FSL first started, there were only 14 teams registered. Season 6 was witness to an impressive 52 teams competing from SEA, India, and ANZ. It's big and still has room for growth.

"This year I’ve gotten an investor into the league, so I’ve put together a team to work on this full time, and we are running offline finals for LoL and soon Dota2.... will also be expanding to mobile games and moving the league to other regions like Europe and China."

The league has been gaining traction and exposure. The latest season was sponsored by Josudo (a coaching website), Singtel PVP Esports and Logitech for the Dota 2 division. There is also a deal in the pipeline for the upcoming Dota 2 elite division this year.

But success isn't just measured by the number of sponsorships or divisions developed. It is also evaluated by meeting goals and achieving your vision. 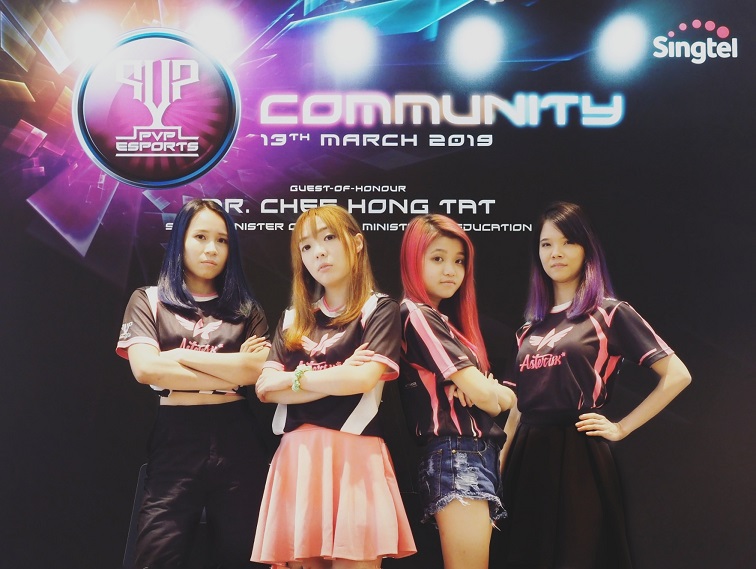 The future —is now

Meet Tan Jia "jiaa*" Hui. As early as 10 years old Jiaa* started her foray into gaming with MapleStory before moving on to games such as audition and grandchase. But it was Dota that captured her heart. Watching her brothers playing, her curiosity and desire were born — eight years ago and she hasn't stopped since.

Jiaa* took the plunge to play competitively two years ago. In 2018 she officially joined a team called Artemis and emerged as the champions of FSL 5.

Although the journey was wrought with hardships and struggles - then again what journey isn't - Jiaa* revamped her roster and found a home under Asterisk*. She was looking to take herself and a team to the next level. 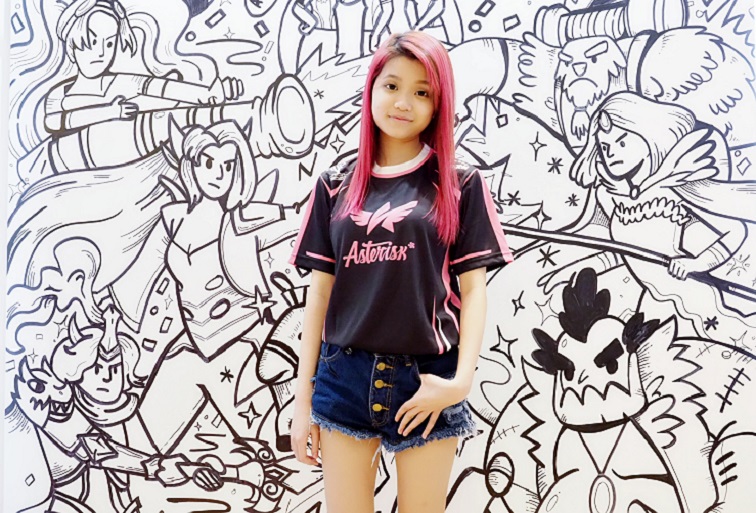 Yes, the very same Asterisk* that Tammy had co-founded all of those years ago.

As the captain of Asterisk*, Jiaa* successfully defended her title, guiding her team to victory to claim the FSL 6 championship title. In just two years, she has taken two titles and an impressive third-place finish in Acer Predator League SG.

Many women, like Jiaa* are finding their footing thanks to the support and environment provided by Tammy and others like her. She can see a cleared path with various resources and stops along the way - if she chooses to walk down that road. In that way, the measurement of success created by Asterisk* and FSL are innumerable.

As for Jiaa*, she is well on her way to making her goal of " being able to compete along with my male peers" a reality. She has already taken the first crucial steps on the path of success paved by Tammy and others.

Signups and Elite tryouts for FSL Season 7 will be launched in April. Keep an eye out for news on the league's facebook HERE.

Do you think we'll see some of these women compete alongside men in professional teams in the near future?

Yes, its headed that way for sure
Thank you for voting!
No, it just won't happen
Thank you for voting!
Cristy “Pandoradota2” Ramadani
Pandora is a behind the scenes Dota 2 professional Jack of All Trades. When not busy with Dota 2 work, she is out trying to save the world or baking cupcakes. Follow her on Twitter @pandoradota2
Share Tweet
944 people reacted to this post