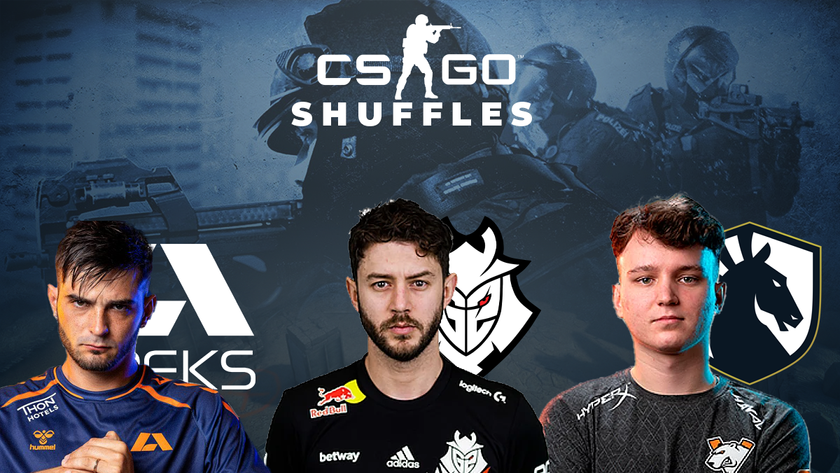 As we near the end of the summer break for CS:GO, many announcements of shuffles, movements and new signings are starting to pop up around the internet. These new announcements are part of the team’s strategy for the second half of the 2022 season, which begins pretty soon.

The team has just announced the departure of Audric "JACKZ" Jug from the organization after four years. The team announced his departure on their official social media channels.

At press time, we have no information on who will be replacing JACKZ in G2 Esports line-up, but it is confirmed that he will be joining HEET Gaming for the upcoming season

Apeks meanwhile dropped a bombshell as they announced the signing of French veteran Richard “shox” Papillon as they organize themselves on the road to becoming a tier-one team in CS:GO.

The Norwegian team did not fare well in the first half of 2022, where they barely made any waves in the international CS:GO circuit – their best placing was being champion of the Tipsport Cup Bratislava 2022.

With the signing of shox, the team hopes that they can elevate themselves to a higher level in the CS:GO scene and eventually be part of the upper-tier teams group for CS:GO.

Latvian Mareks “⁠YEKINDAR⁠” Gaļinskis will be part of Team Liquid’s roster for the upcoming BLAST Premier Fall Groups as their stand-in player. This was confirmed by the team to HLTV.org. This will be the second time that YEKINDAR plays for Team Liquid as a stand-in after playing for them in the previous IEM Cologne 2022, where the team managed to reach the quarter finals.

YEKINDAR is still under contract with Virtus.pro as of the time of print, but he was allowed to explore options away from the team after PGL Antwerp Major in May. No official signing with Liquid has been hinted at, but he is willing to stick with the team on a full-time basis, if possible, which will involve a hefty buyout on Team Liquid’s side.

Do you think these shuffles will improve the standings of each teams?

Yes
Thank you for voting!
No, not really
Thank you for voting!
Sharil “memeranglaut” Abdul Rahman
He dabbles in Esports, checking out what's new and hip with the industry. Outside of Esports and gaming, he likes Japan. Ijou. Check him out at @SharilGosu
Share Tweet
5 people reacted to this post