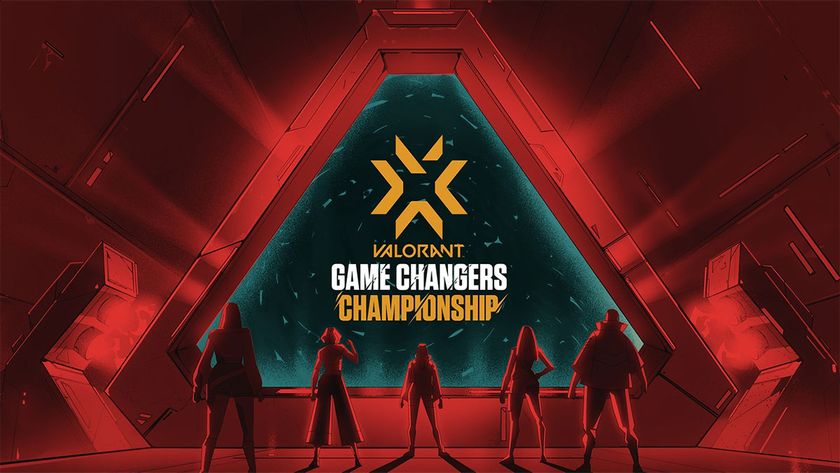 Eight teams from around the globe will descend into Berlin to see who will lift the inaugural Championship trophy.

After a year of intense regional competition and tournaments, eight of the world’s elite Game Changers squads will, for the first time ever, meet in person to crown an international champion. The best teams from APAC, North America, South America and EMEA will gather in Berlin from 15-20 November for the inaugural VALORANT Game Changers Championship. 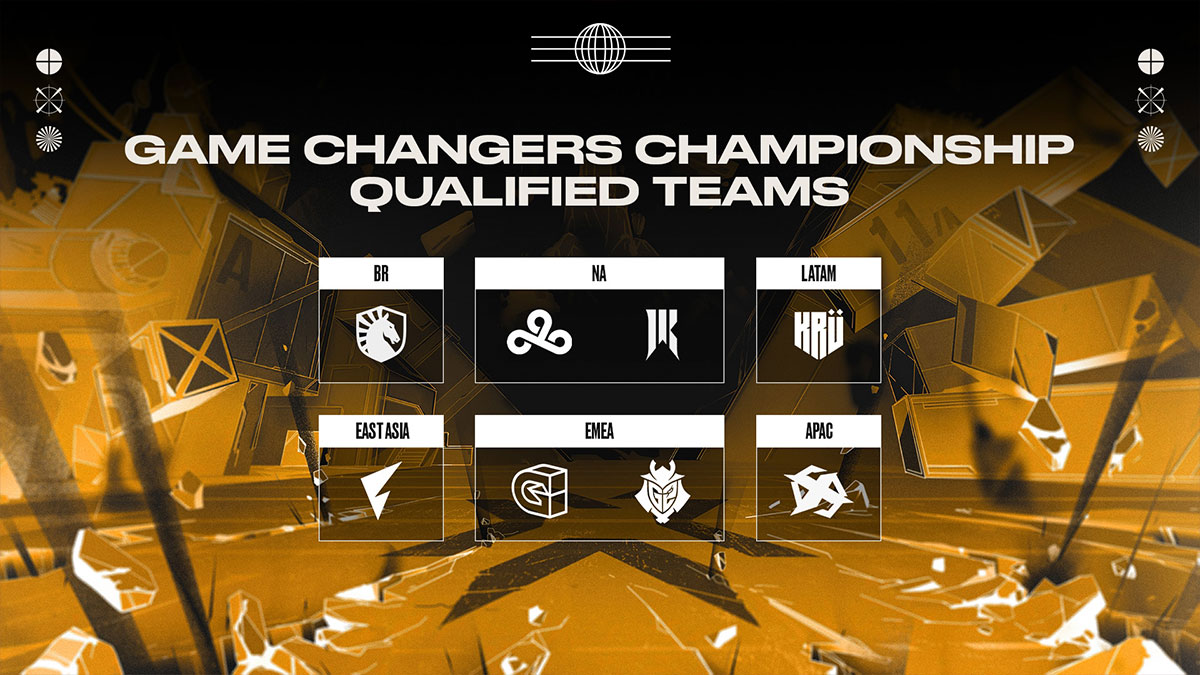 Eight teams from six regions qualified to play in Berlin. They are:

The eight teams will be playing in the following format: 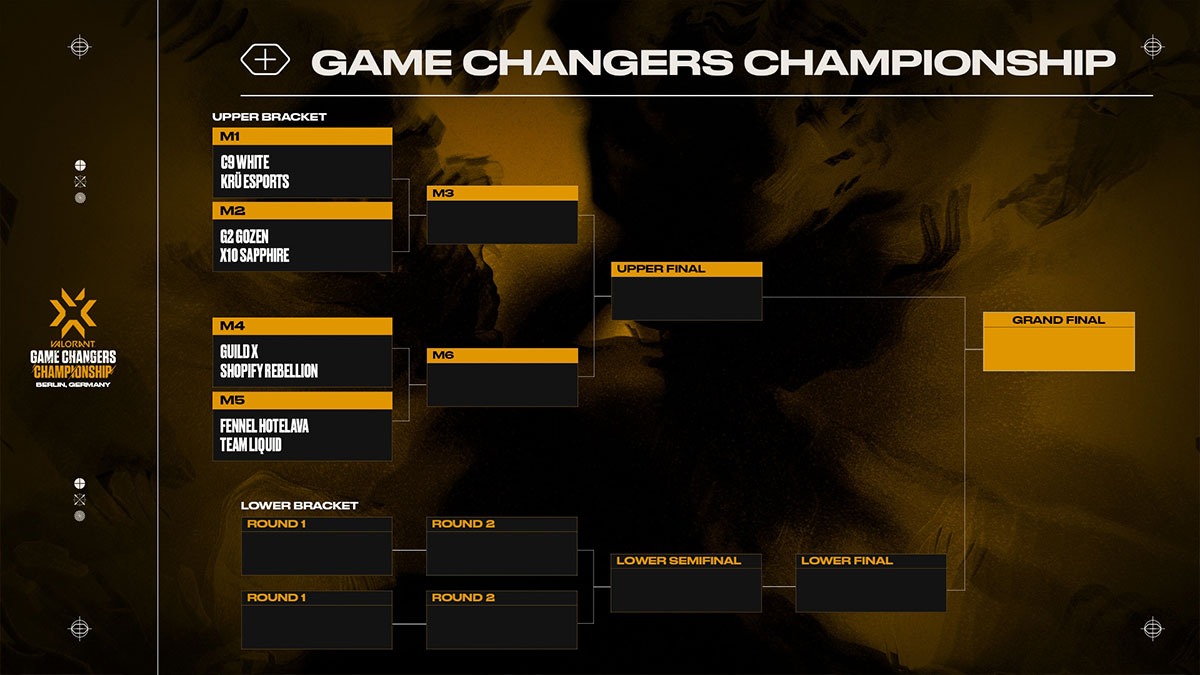 Fans who are going to watch the action can be part of history as Riot Games will be activating drops via Twitch/Youtube. Viewers need to connect their VALORANT account to their YouTube and/or Twitch accounts, and then watch Game Changers World Championship on drop-enabled channels during specific match times, as well as on Finals Day. 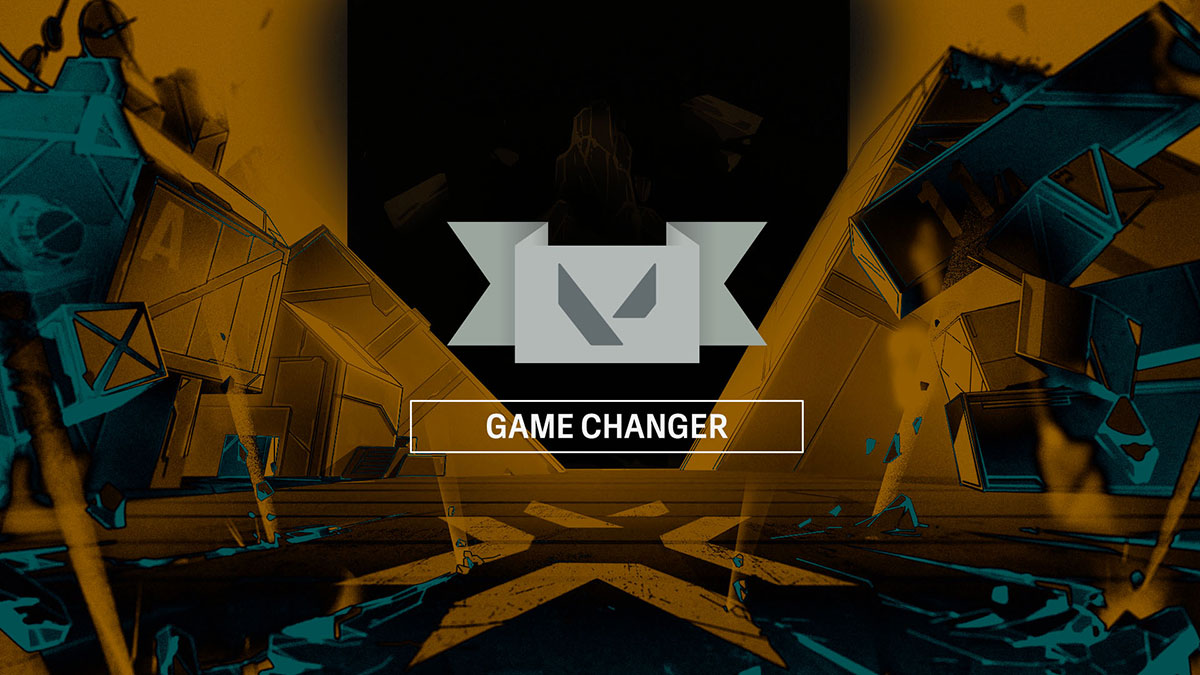 Fans watching a live game between 15 - 19 Nov will earn the Title: Game Changer 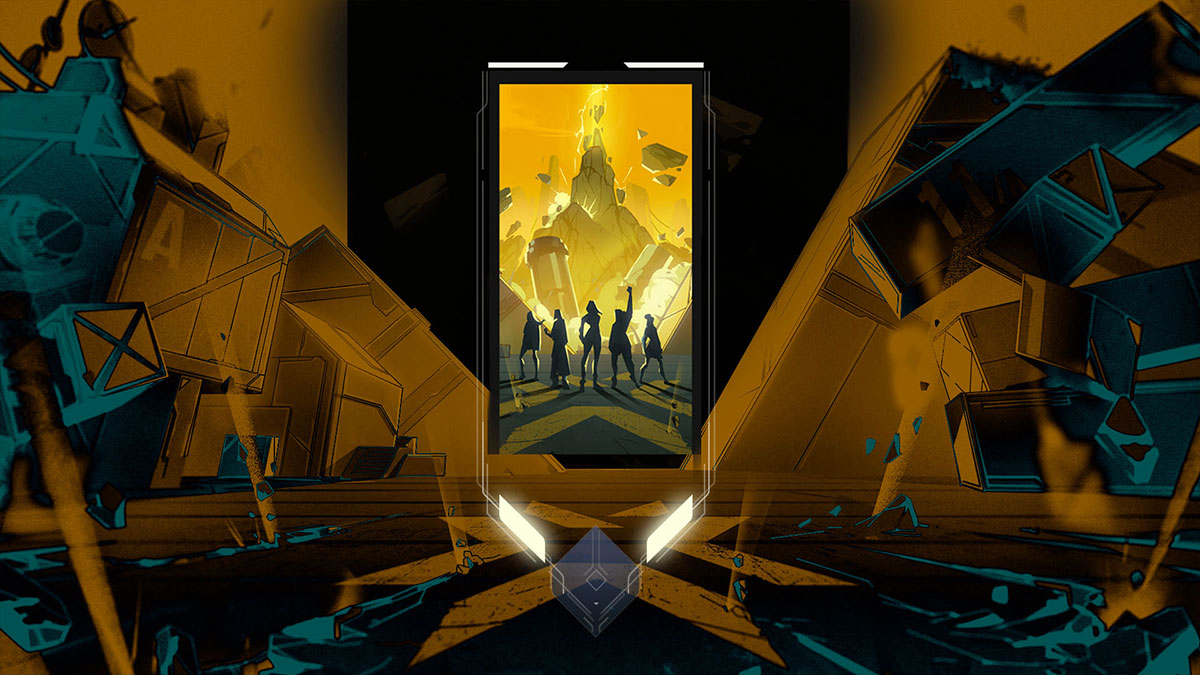 Where to watch the action 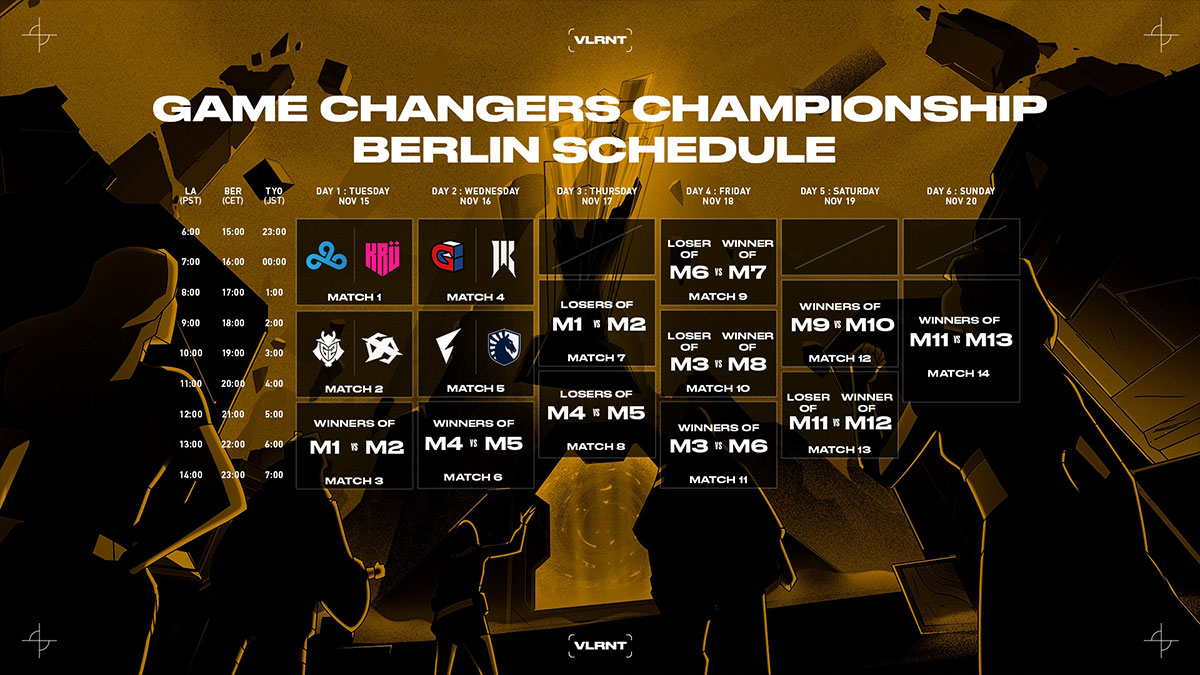 Fans can check out the matches through the following channels:

You can also head to our hub page as well to get the latest update on the games - just click HERE.

Will you be supporting the Game Changers Championship?

Yes!
Thank you for voting!
No, not really
Thank you for voting!
Sharil “memeranglaut” Abdul Rahman
He dabbles in Esports, checking out what's new and hip with the industry. Outside of Esports and gaming, he likes Japan. Ijou. Check him out at @SharilGosu
Share Tweet
2 people reacted to this post

VALORANT Champions Tou...
15 Nov 2022 US$500,000
This website uses cookies to ensure that you get the best experience Read more