Celdur: 'We're so excited to play!' 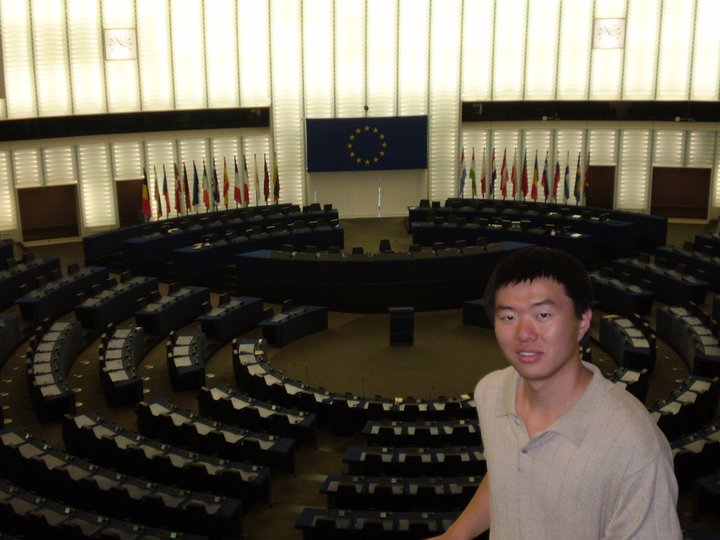 Finishing ahead of Mouz, TTB and StarsBoba last week, Captain Planet claim the first spot in the GosuLeague playoffs after winning Qualifiers #1. Captain Planet Todd "Celdur" Fu talks about his team's rise to fame in an exclusive interview with GosuGamers.

Alright, first things first, congratulations on your win at the GosuLeague Qualifiers #1.
-"Thank you."

Tell us abit about yourself as a player. Is there any history behind your nickname (Celdur)? What games/teams have you played with previously?
-"I think this nickname came when I first started WC3 Reign of Chaos and couldn't think of a name. I used a name generator and got it, its suppose to be Elvish I believe.

I was captain of Xero Hour back in DotA about two years ago. It was a fairly casual team that I created with some friends, including Koreya-. That was the only other team I've been on."

What is your style playing support like? Are there any players that you emulate in particular?
-"Well this is the first time I've ever played the support role seriously *laughs*. I don't think I emulate anyone in particular since I'm still learning.

In an interview by SK-Gaming with 1437 and PowerNet, they were asked to describe their teammates in exactly three words (see). This is what they said about you:

Here's your chance to respond to them in three words. What would you like to say?
-"1437 - be more creative!

Nice. On to the qualifiers - how was your road to victory like? Were there any difficult or memorable games for you?
-"There wasn't a point where we thought we were screwed, but I remember playing in a close game earlier in the rounds. We came into the tournament with the mindset of never underestimating anyone, so I think that really helped us stay focused."

How about the European servers used in the qualifiers? Were they kind to your team?
-"Oh definitely, Valve has done a great job making all of the servers playable. I am the only one on our team that isn't in the East side of North America, but I still felt hardly any delay. Even our showmatch on SG servers was playable after some getting used to with around 350 ping."

Ah yes, and your team still managed a 3-0 win over WE. How are you feeling going into the GosuLeague playoffs? If I'm not mistaken, its your team's first major break.
-"We're just really grateful about the opportunity. It kinda sucks having to wait a month before it starts because we are so excited to play!

*laughs* Your team won the first qualifier so there's seven more left to be played.
-"Very true, no complaints there *smiles*"

Given the recent success of your team alongside teams like coL and It's Gosu, how do you think your team (or American teams in general) will fare at The International this year?
-"Well for us, we are still working on getting invited to such a prestigous tournament. As for sure-invites such as coL or Gosu, I believe they will perform very well, especially since it will be in Seattle. As long as they practice seriously as I'm sure all teams do, I'm 100% certain we'll be in for a treat.

Yep. Is there an "American" way of playing Dota 2? If so, how would you describe it?
-"I think both European and American styles are fairly similar right now. Like a lot of players would say, the emphasis right now is on pushing, defending pushes, and ganking. With the implementation of new heroes, we may see lineups vary more, but I think this type of gameplay will be remain for a while longer."

Oh yes, I forgot to ask. Since TI will be in Seattle this year, does that mean we'll definitely be seeing you there (even if you're not participating)?
-"I certainly hope so. It is a little hard to say because the actual dates aren't announced yet, but I'll try my best to be there regardless if I'm playing in it!"

Alright, a couple of quickfire questions before we end this. Favorite team?
-"Na'Vi, like a lot of people. *smiles*"

Most memorable DotA/Dota 2 experience?
-"I haven't had a lot so I'll say the WE/Yaphets showmatch. *sticks tongue*

joinDOTA or GGnet? (No pressure *grins*)
-"GGnet, but I check both multiple times a day. *smiles*"

Okay, we're done. Thank you very much for your time. Any shoutouts?
-"Thanks for the interview and hosting GosuLeague!

Shoutout to Drak, Night, Imagine, Hydro, Monkeys, Misha, DP, and Keffslay. Also to my boys Rish, Seal and Ethan, my team, NAdota, Dota 2 fans, Valve for doing amazing work, everyone who reads this, Koreya for talking to deer, and Captain Planet and the Planeteers for saving the environment. Go Planet!"