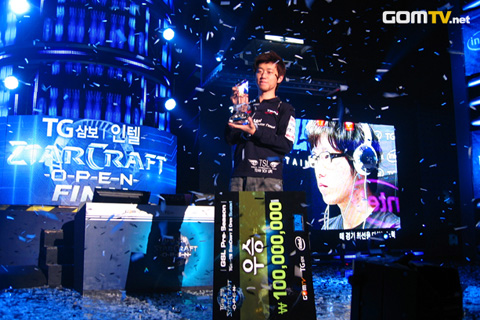 Progaming team StarTale announced today that the TG Sambo Intel Starcraft II Open Season 1 winner will be ending his StarCraft career to instead venture in to League of Legends.

Similar to YellOw's coaching position with Xenics Storm, the game transition for FruitDealer made the headlines on Thisisgame.com. The article mentions how the StarTale head coach Jong Wook Won feels it's great to have a player like FruitDealer not to leave the eSport scene to instead help the development of the younger players. 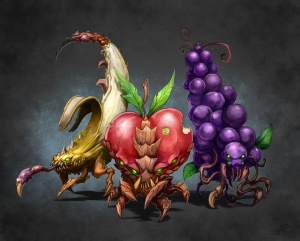 FruitDealer, who has an artwork made by Blizzard inspired by his own nickname, dropped down to Code A for the first time in August. With slim success, he did however remain in Code A in October and November. But due to being eliminated in the Round of 48 in GSL November, FruitDealer was knocked out of the GSL system and has since then not re-qualified.

The League of Legends squad of StarTale consists of Gyooon Jung "kkoma" Kim, Hyung Joon "vitamin" Lee, Sang Yyeon "Mafa" Won, Dong Bin "Joker" Koo and Sang Wook "Ryu" Ryu. The team is one of the 16 players in the OnGameNet organized League of Legends event "The Champions" his spring.