General 10/02/2012, 07:42 Gosu “GosuGamers” Gamers
Update: Some of the lately popped up news sites in the DotA scene have decided to unpublish this information. GosuGamers feels that this information, albeit a couple of months old as previously reported, is an important and needed topic to bring up to the light. Due to the high amount of reactions and discussions it has brought forth, GosuGamers are prompted to keep the article live. 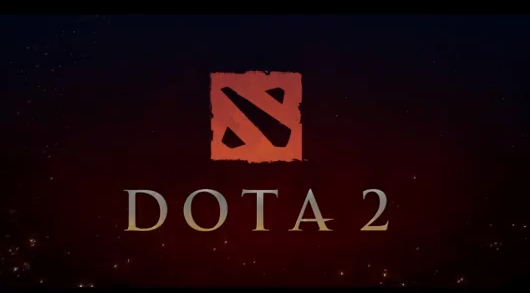 In August 2010, Valve filed a copyright claim to the name 'DOTA'. With the so-called Blizzard DOTA in development, Blizzard and Valve were destined to conflict over the rights to the name, and by extension the legacy of the original game.


Gamesplosions has unearthed documents filed with the United States Patent Office, revealing a challenge from Blizzard to Valve's trademark claim. Filled in October 2011, the challenge is still pending.


While Valve has held the trademark to 'DOTA' since 2010, they have never applied for or held the rights to any other variation of the name. The suit filed by Blizzard encompasses not only 'DOTA' but also 'Defense of the Ancients', 'DotA', and 'Dota'.


Blizzard's challenge is based on priority - the original map was developed for Warcraft III - and 'likelihood of confusion.' Here, Blizzard is alleging that a significant chance exists that the user will be misled as to the origin of the game.


1. By this Opposition, Blizzard seeks to prevent registration by its competitor Valve Corporation ("Valve") of a trademark, DOTA, that for more than seven years has been used exclusively by Blizzard and its fan community, under license from Blizzard. By virtue of that use, the DOTA mark has become firmly associated in the mind of consumers with Blizzard, including to signify a highly popular scenario or variant of one of Blizzard's best-selling computer games, Warcraft III. Over the past seven years, the mark DOTA has been used exclusively in connection with Blizzard and its products, namely Warcraft III. Most notably, DOTA has been used as the popular name of a Warcraft III software "mod" file that has been distributed, marketed, and promoted by Blizzard and its fans (under license from Blizzard); that utilizes and is built upon the Warcraft III game engine, interface, and gameplay mechanics; that is comprised of Warcraft III characters, items, spells, artwork, textures, and color palates; that can be played only using Warcraft III software and via Blizzard's online service Battle.net ; and whose name (DOTA, an acronym for "Defense of the Ancients") is a reference to Warcraft III characters known as the "Ancients."


2. In contrast to Blizzard, Applicant Valve Corporation ("Valve") has never used the mark DOTA in connection with any product or service that currently is available to the public. By attempting to register the mark DOTA, Valve seeks to appropriate the more than seven years of goodwill that Blizzard has developed in the mark DOTA and in its Warcraft III computer game and take for itself a name that has come to signify the product of years of time and energy expended by Blizzard and by fans of Warcraft III. Valve has no right to the registration it seeks. If such registration is issued, it not only will damage Blizzard, but also the legions of Blizzard fans that have worked for years with Blizzard and its products, including by causing consumers to falsely believe that Valve's products are affiliated, sponsored or endorsed by Blizzard and are related or connected to Warcraft III.


Blizzard's challenge is currently before the Trademark Trial and Appeal Board. As always, GosuGamers will bring you updates when and as they become available.