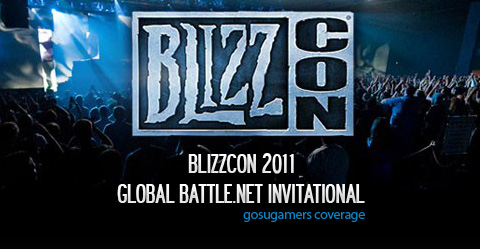 Curious how Sanctuary was created and how did the Diablo timeline develop in-game or not? What are the stories behind all the enigmatic characters? The Diablo III Lore Panel was there to shed light on those and many more questions.

After two games, many novels and a few comic books, the universe and lore of Diablo is still not fully explored. Thus, Chris Metzen, Leonard Boyarski and Kevin Martens stepped in to reveal some of the secrets behind Sanctuary and the whole other world of Diablo.


The Creation of the World Stone

The universe of of the Diablo series began with the timeess struggle between two deities, entities whose essences were the good and evil. Ultimately, their battle ended with a "big bang" type of collapse and the two deities were shattered, gone. Of the remnants of the essence of good, a huge crystal, floating in the nothingness - the World Stone.

The World Stone, as it befits its name, bore the power to create new worlds so naturally, grew into a very desirable artifact for both the High Heavens and the Burning Hells - the lesser spiritual descendants of the two primal entities. The Great Conflict had a new goal for the parties to aim at. The area where the World Stone dwellt - the Pandemonium - became the new fighting grounds for the two enemies.

For a long time, the World Stone changed possession, falling into the hands of one party or the other. That was until a group of renegade angels and demons led by the archangel Inarius, then a member of the Angiris Council, had enough of this unending conflict and so "stole" the World Stone, veiling it off of the sight of the Heavens and Hells. Inarius and his comrades used the stone to create a new world for themselves, a place of paradise for them and their descendants. Thus, Sanctuary came to existence.

After Sanctuary was created, the renegade angels and demons gave birth to the Nephalem - a race of powerful but mortal beings but whose bloodline declined, until the Nephalem were but mere humans. 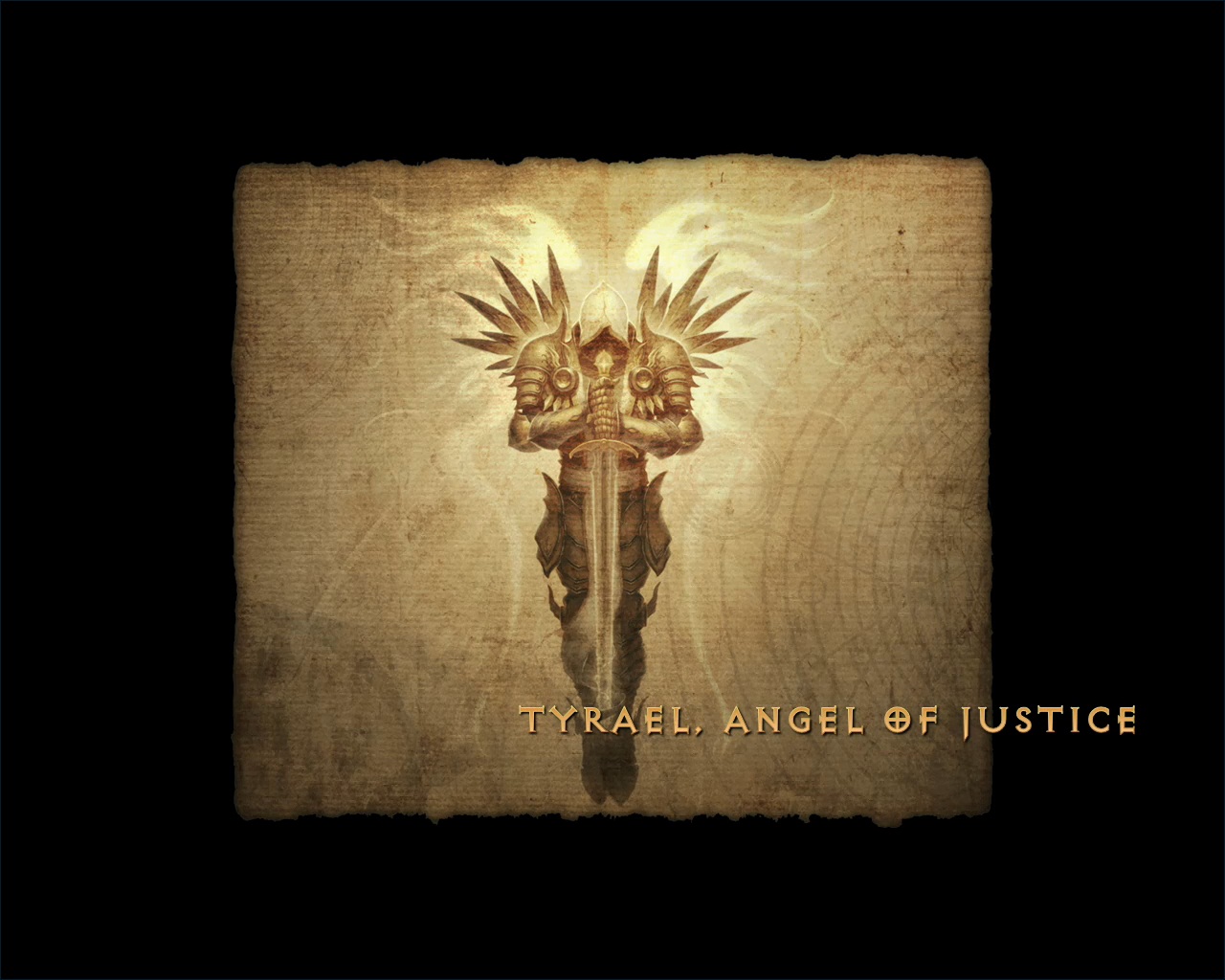 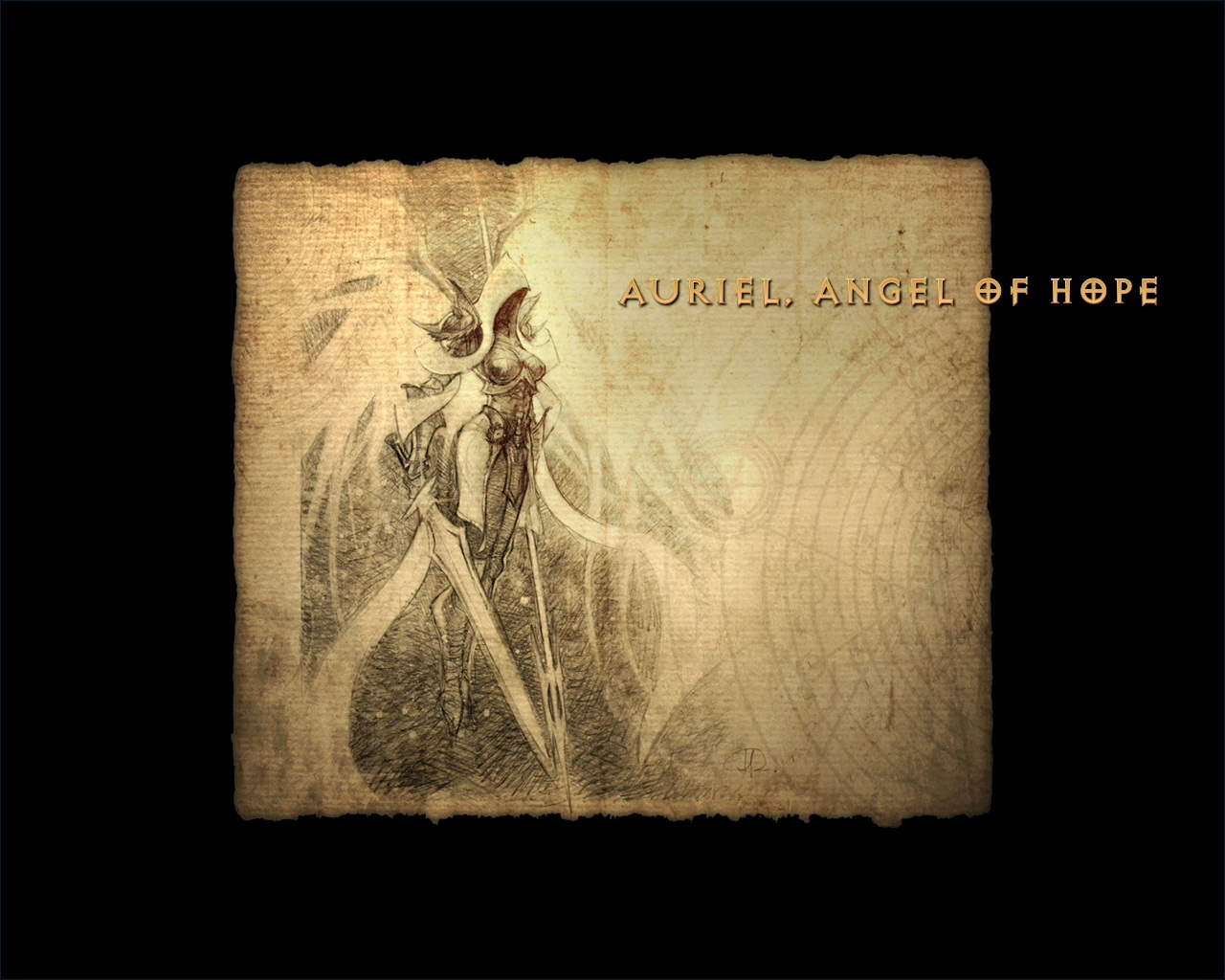 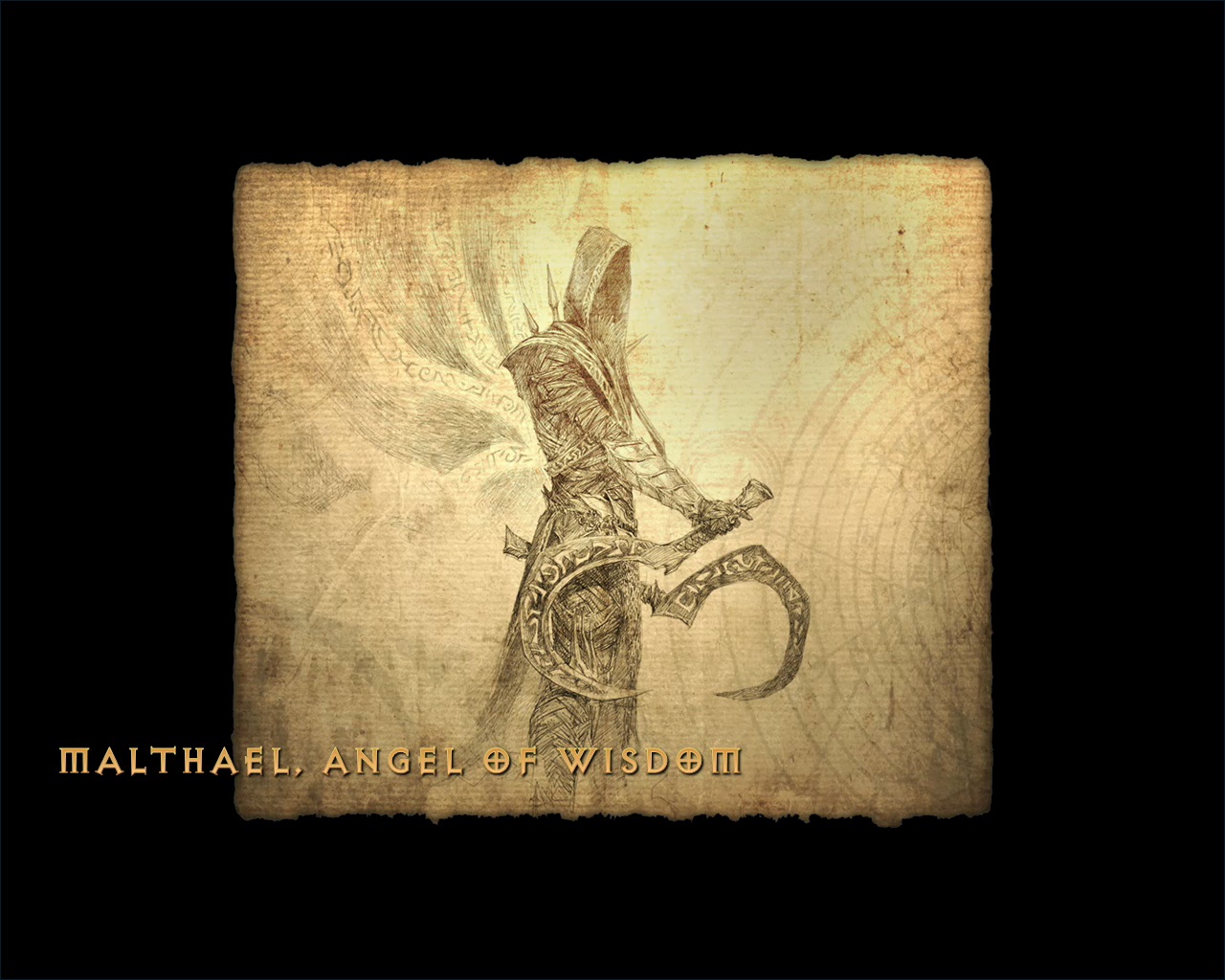 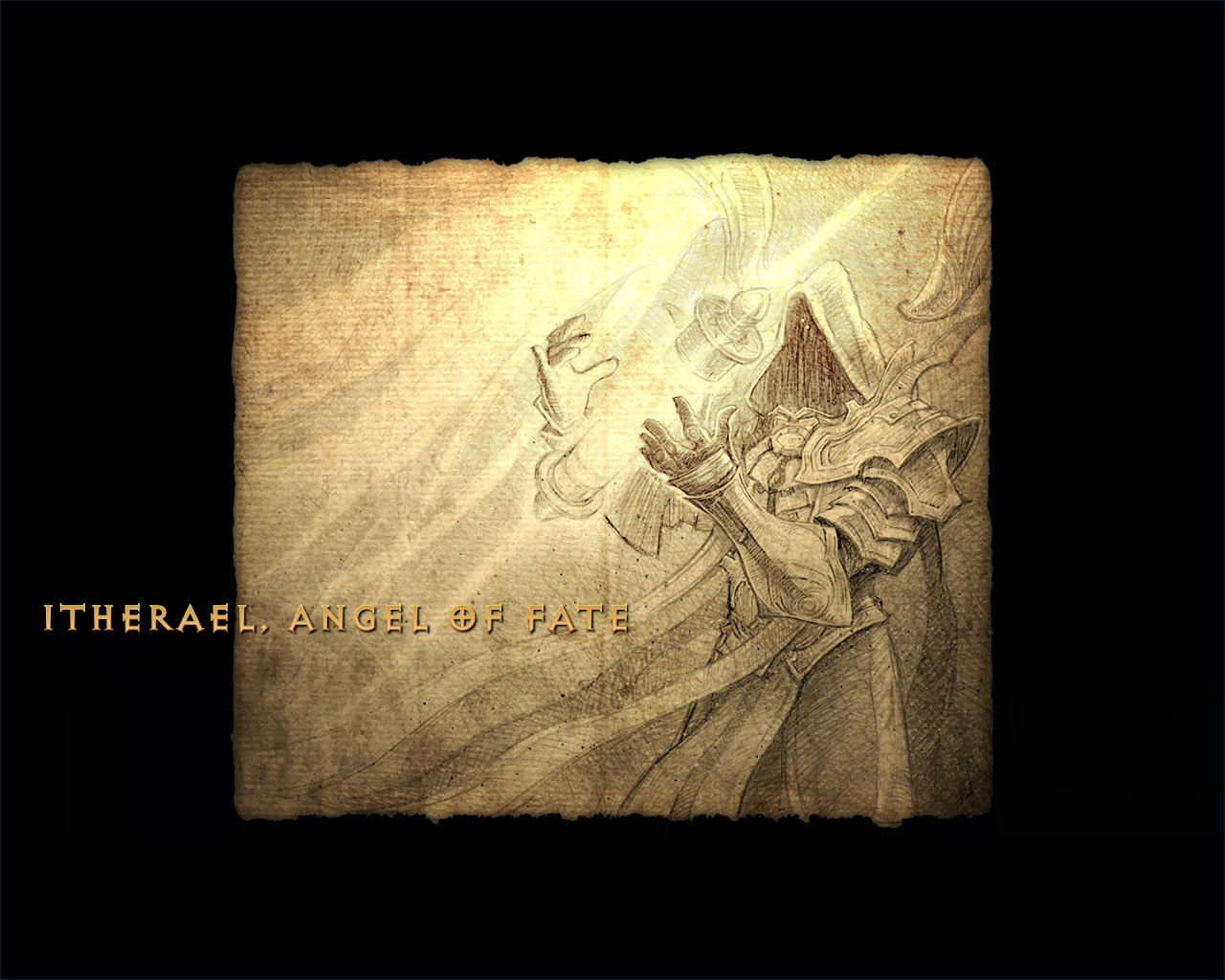 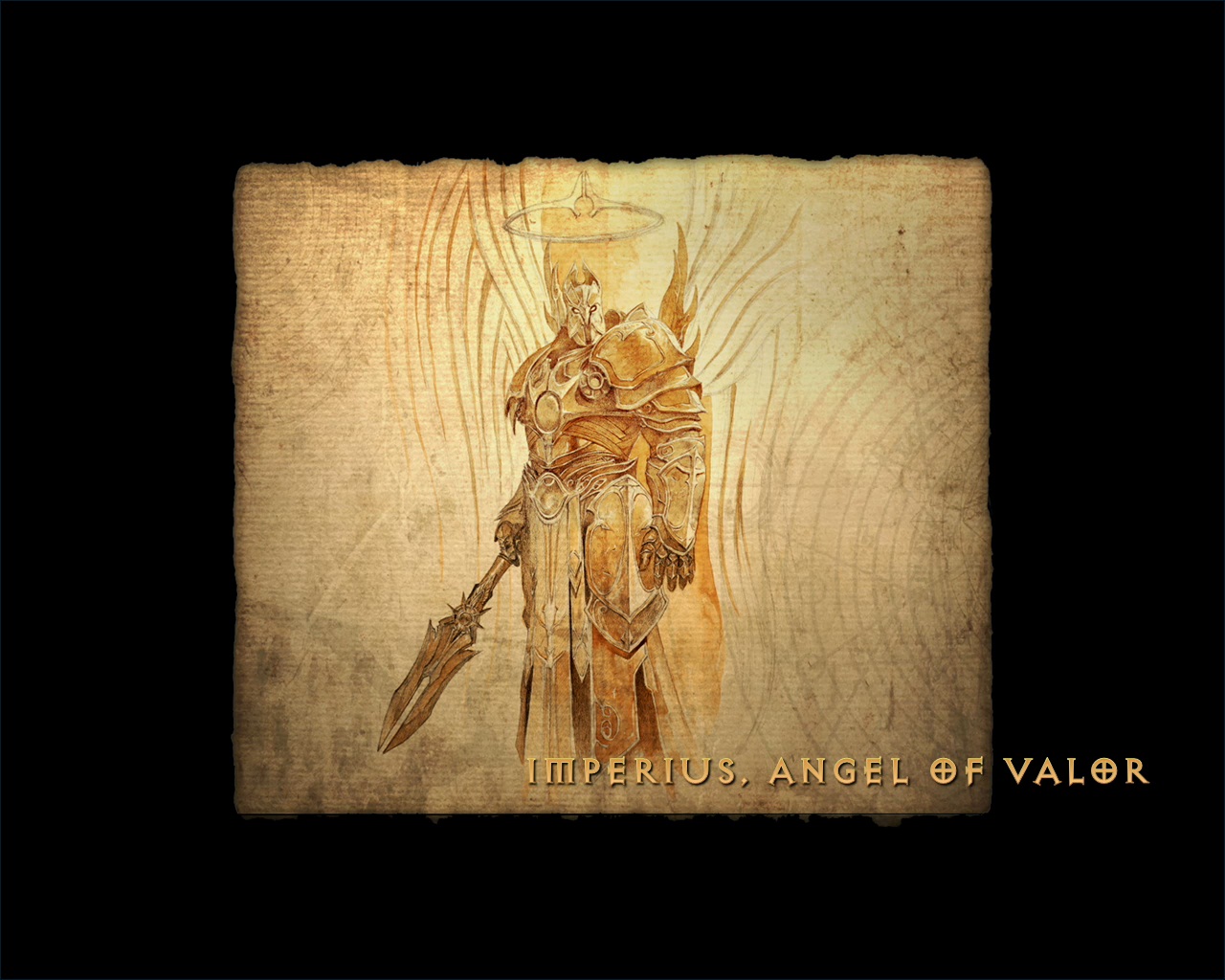 One of the most obscure parts of the Diablo lore has been the hierarchy of the High Heavens and its denizens. Chris Metzen was so good to reveal significant information on the angels of the Diablo universe.

The High Heavens are ruled by the Angiris Council - a group of five Archangels that lead the armies of good against the Burning Hells.

Tyrael, Angel of Justice - Tyrael has been an iconic character for the Diablo series, driven by a high sense of honor and order. Tyrael's personae has largely been formed by Uldyssian's sacrifice - a Nephalem, who has reached such incredible levels of power but chose to put and end to his life rather to wield it. Tyrael was greatly shocked and impressed by Uldyssian's doing that he grew endlessly fond of the human race. By always trying to aid them in their lives, Tyrael has become somewhat of the "outlaw" of the Angiris Council.
Auriel, Angel of Hope - Auriel is the warm-hearted member of the Council, who keeps the group together in difficult times. According to Metzen, if the Council was a role-playing party, she would be the cleric.
Malthael, Angel of Wisdom - As it befits his title, Malthael is the voice of wisdom within the Council, but there is more to this archangel than being just another Angiris member. Although formerly one of the brightest of all archangels, Malthael's character began to darken with the theft of the World Stone, which ultimately led to him becoming a very grim character.
Imperius, Angel of Valor - Every war needs soldiers. And Imperius is here to show how it is done. He is the "bully", the bold ass-kicker, the angel living to destroy demons, which he is very, very masterful at. Imperius is often in conflict with Tyrael, due to differences in their vision for how the things should go.
Itherael, Angel of Fate - Itherael a lorekeeper, council, an angel with vast knowledge of everything and the advisor of the Angiris Council. He can see the threads of things to come, but one thing eluded him: Itherael cannot see mortals, as their existence was not meant to be at all.

In Diablo 3, the player will be able to meet some of the members of the Angiris Council, while the future of others remains to be written.

The eternal enemy of the High Heavens is the Burning Hells. This congregation of demons has been for a long time ruled by the Great Evils - the three brothers Diablo (Lord of Terror), Mephisto (Lord of Hatred) and Baal (Lord of Destruction), and their subordinates the Lesser Evils - Duriel (Prince of Pain), Andariel (Maiden of Anguish), Azmodan (Lord of Sin) and Belial (Lord of Lies). The rule of the Great Evils was uncontested for the better part of the Great Conflict until Sanctuary, and the existence of humans. 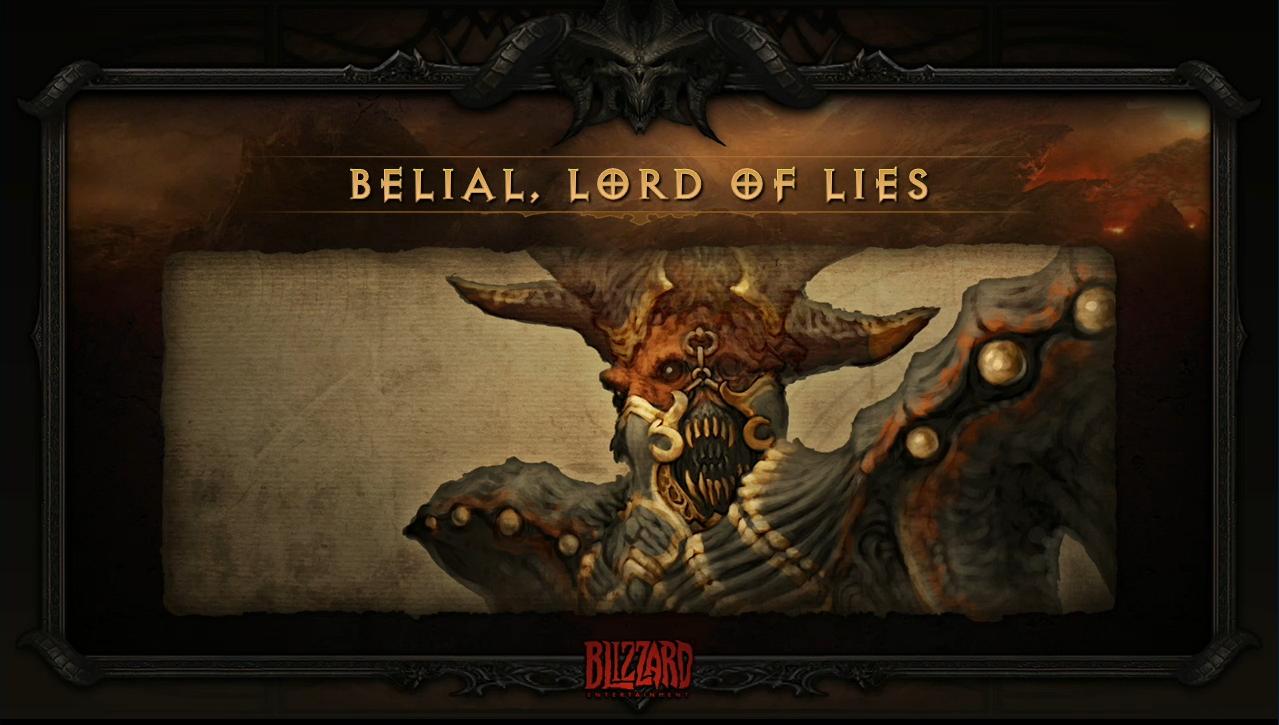 Desiring to preserve the human race for later foul uses, the Great Evils made a pact of non-interference with the High Heavens which drove the Lesser Evils angry. Azmodan and Belial led a civil war against the three brothers and in time, thanks to sheer army size, succeeded in overthrowing them and banishing them to Sanctuary - the act that grew to be known as the Dark Exile. Duriel and Andariel followed the exiles and left Azmodan and Belial in rule of the Burning Hells. The Dark Exile is the event that precedes the Diablo 1 and 2 games, in which the player slew all five of the aforementioned demons. 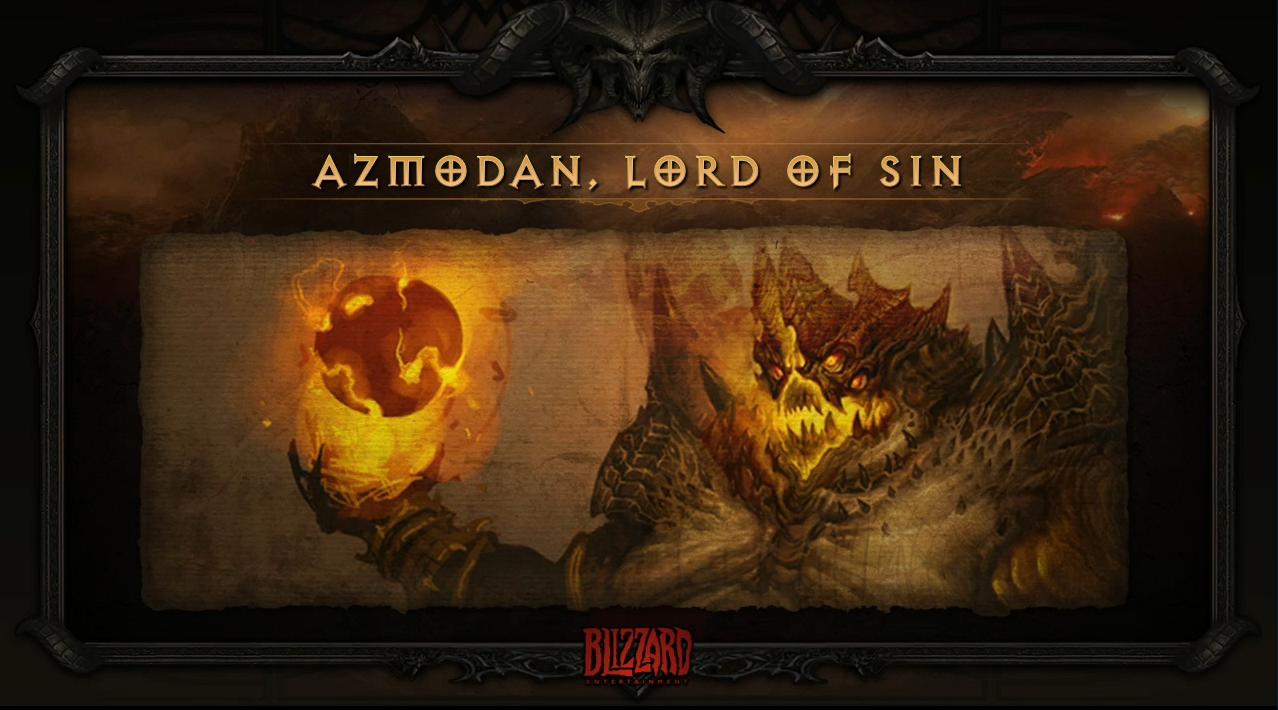 So all in all, there are still two demons unaccounted for. The first one is Belial, the Lord of Lies, a powerful demon who avoid direct confrontation as much as possible and instead uses cultists and snake demons to do his bidding. The second is Azmodan, the Lord of Sin, who is the complete opposite of Belial. Azmodan is a creature of excessive avarice and greed and is a royal figure of great malice. Under Azmodan serve the seven deadly sins, one of which - Cydaea, the Maiden of Lust - Diablo fans already know. Resembling a beautiful woman with the bottom part of her body a giant spider, Cydaea will be one of the boss monsters in Diablo 3. A fun part of her story is that she was actually cut out of the game (and was previously known as the Mistress of Pain) but was returned due to a costume of her winning the first prize at BlizzCon 2009.

As seen in the cinematic shown at BlizzCon 2011, Azmodan is on the hunt for the Black Soulstone.


The World of Sanctuary

The Dark Wanderer was one of the focal points in Diablo 2. Possessed by Diablo himself, the wanderer travels East to find his demonic brothers - Mephisto and Baal. However, a set of lore mismatches tag along with the Dark Wanderer. He was supposed to be the hero from Diablo 1, who jabbed Diablo's soulstone in his forehead so he can use his spirit to fight the demon internally. However, as one of the D1 characters was female (the Rogue), that didn't fit in the overall lore. Thus, the Dark Wanderer was changed to being the D1 warrior instead, while the other classes took different incarnations (the Rogue as Blood Raven in Act I and the Mage as The Summoner in Act II). Now, Chris Metzen and his team has given the wanderer a more detailed background.

The Dark Wanderer is given the name Aidan and is Leoric's eldest son, one who returns to his hometown to find his father turned evil and his little brother Albrecht kidnapped by Archbishop Lazarus. This finally lifts the mysteries around the wanderer and places him perfectly in the Diablo lore.

The Cities of Diablo 3

One of the cities players will visit while playing Diablo III will be Caldeum, the Jewel of the East. Caldeum is the biggest trading center in all Sanctuary, where people from all sides of the world flood in to do their business. During the events of Diablo III, Caldeum will be in a big refuge crisis, in whose roots sits Belial himself. Caldeum is ruled by the young son of Emperor Hakan - a little boy who is trying to stay alive until his maturation so he can more adequately take care of his city.

Three major factions color up Caldeum's life - the Zakarum priesthood, the Merchant families and the wizard school of the Yshari Sanctum. Furthermore, Caldeum's society is literally stratified with the rich living above the poor in this terrace-like grand city. 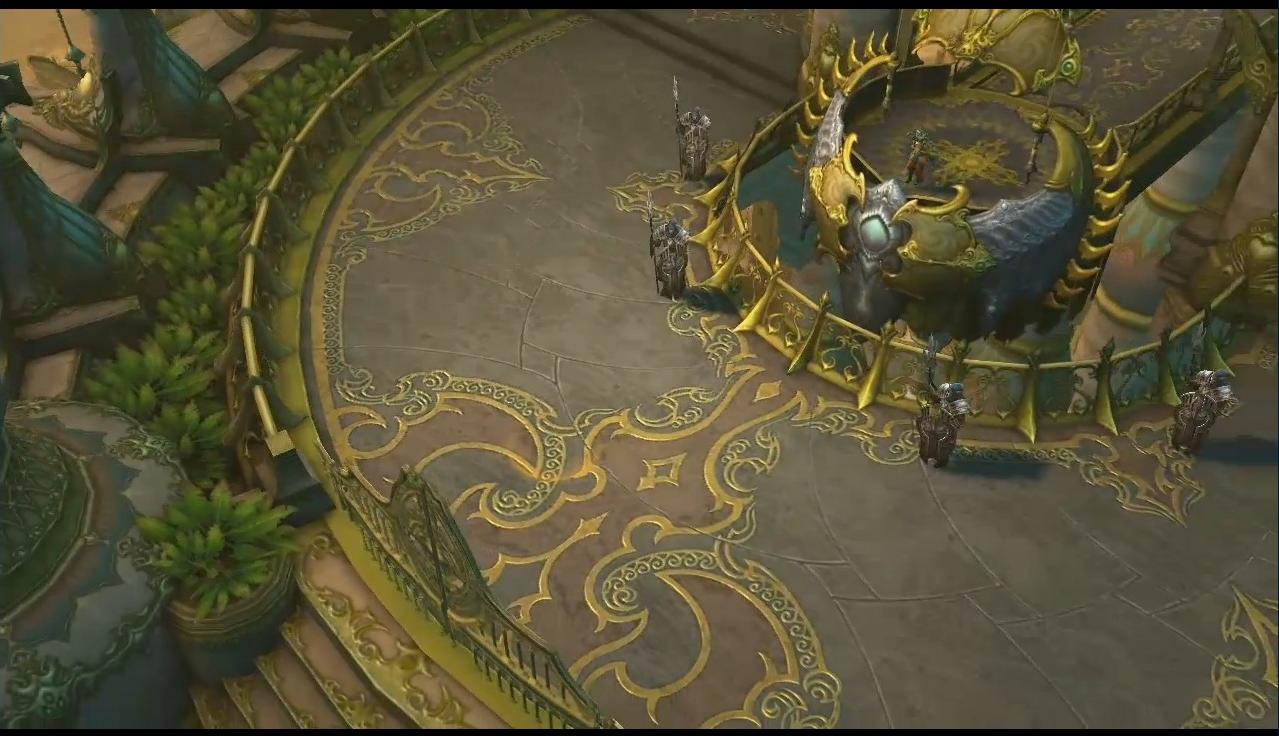 In close proximity to Caldeum is the Dahlgur Oasis - the main source of water for Caldeum and one of the areas that players will visit. Previously a lively and colorful place, Dahlgur Oasis is now corrupted by Belial's influence.

The third area revealed was the Archives of Zoltun Kulle. Kulle was one of the original Horadrim members and who has, over time, gone rotten and bad. Zoltun Kulle gathered an incredible power that every force of Sanctuary rose to seek his destruction, only to find that Zoltun could not be defeated so simply. Ultimately, his head has been severed and buried in the desert while his body has been trapped in a different dimension. 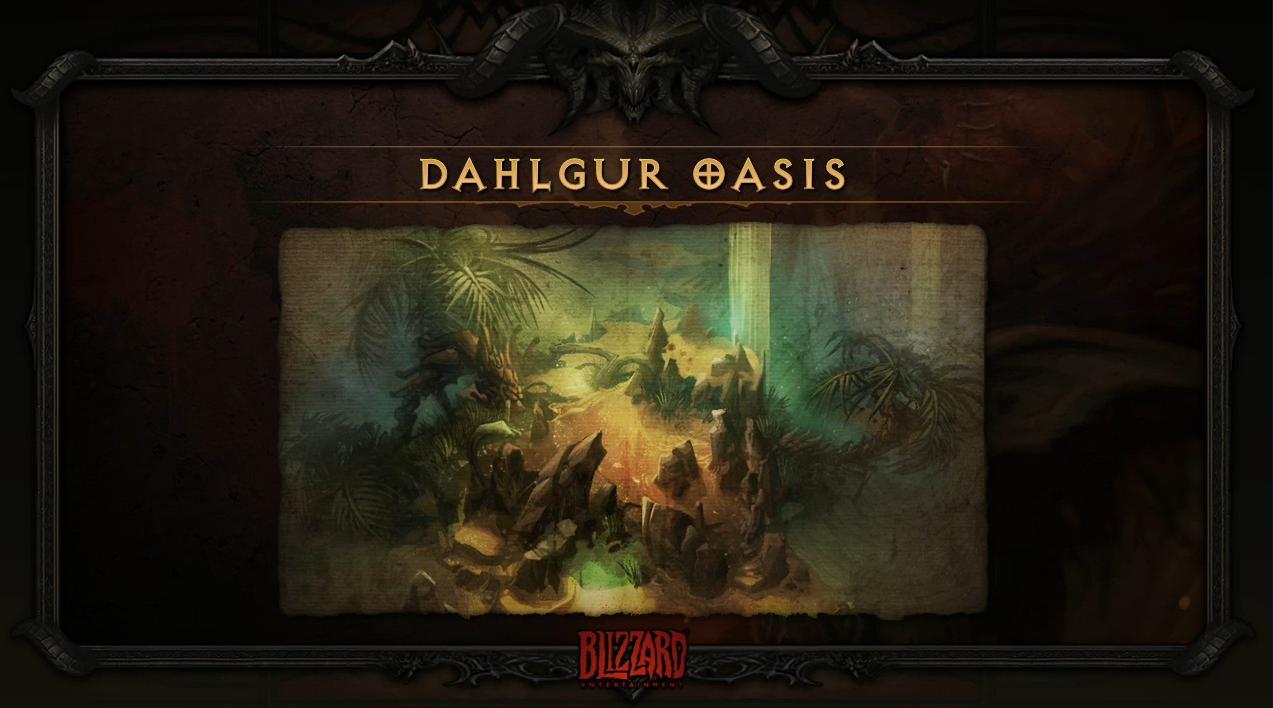 Diablo 3 players will be able to venture and explore some parts of the archives and face the mysteries forgotten inside.

As after the end of each panel, Chris, Leonard and Kevin took some time to answer some questions from the fans. Here is the list of the highlights:

Izual, the corrupted angel from Diablo 2, will reappear in Diablo3
Players will meet the apprentice of the Diablo 2 necromancer
Implications of the destruction of the World Stone will be seen in the game (apart from the huge demon invasion, of course).
Trag'Oul, the Dragon god of necromancy, is not around any more and will not be featured in Diablo 3
The mountain seen in "The Black Soulstone" trailer is the shattered remains of Mount Arreat
The Blizzard guys don't know by hard which tribe the Witch Doctor comes from. This is equalized by Kevin being devilishly handsome
Ormus, the healer in Act 3, has been given a Diablo 3 model but was later cut out. Still, there is still a possibility of him reappearing somewhere somehow.
Old areas like Lut Gholein or Kurast will not return in Diablo 3

I hope you enjoyed this summarizing article. Stick around at GG.net for more (post) BlizzCon coverage.