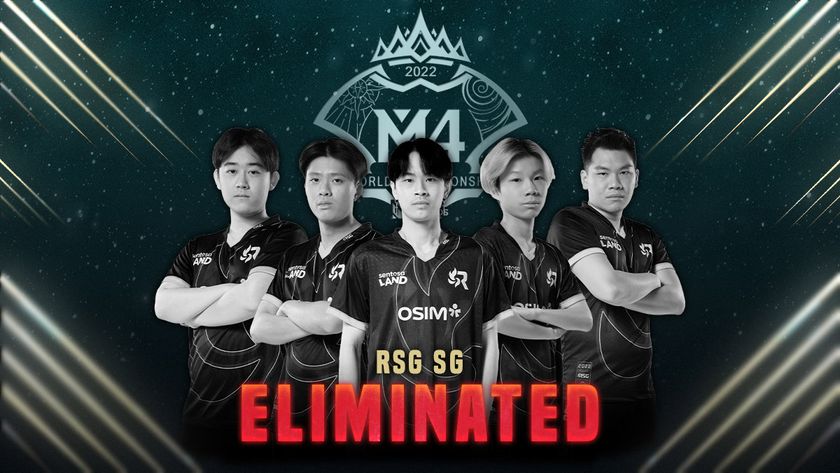 Elimination day was upon us at the M4 World Championships, with RSG SG and S11 Gaming being the first two teams to fight for their tournament lives.

After two days of upper bracket action, the M4 World Championships would move into its first day of eliminations, with four teams having their tournament run come to an end today. To kick things off, we would see the MPL Singapore champions, RSG SG, going up against the Argentinian hopefuls, S11 Gaming. While both teams had a poor Group Stage, but with elimination now on the cards, neither would be wanting to relive their early problems.

S11 had already shown some brilliance during the Group Stage, even though finishing at the bottom of their respective group – but proving that they had some hidden talent which begun to show towards the end. Today they continued to show this when it mattered most, outplaying RSG across the map at every turn. The first game of the series remained fairly even for most of the early period, but S11 made sure to make their presence felt as the game progressed, with Chan’s Yve able to claim a Maniac in the final moments.

With a best-of-three, RSG had their backs against the wall, with another loss meaning that their M4 tournament would end. The nightmare begun in the first few seconds for RSG, as BRAYYYY lost his purple buff as a Ling, meaning he was behind right off the bat. From then on out, RSG were unable to really find their footing, as Erwin’s Khufra continued to find perfect engages to keep his team ahead. Maybe it was due to babycakes being unable to play on stage with the team due to Covid, or their coach being unable to be with them, but RSG eventually fell.

Not only would they be the first team to fall, but this would be one of the biggest upsets of the event too, as RSG is a team which has looked extremely promising leading up to M4. However, for S11 Gaming Argentina, the win sends them forward in the lower bracket, where they will now have to face Falcon Esports in the next round.

Can S11 Gaming continue to cause upsets in the lower bracket?