Mobile Legends Professional League Philippines is about to go into its final week of the Regular season, as teams look to secure their spots in the Playoffs.

MPL – PH Season 7 has gone through a grueling Regular season so far, with six weeks of action to look back on. During that time, we witnessed major upsets, big plays and some extremely exciting MLBB occur. But now it is time for the Regular season to come to an end as we look towards the final weekend and the Playoffs beyond. 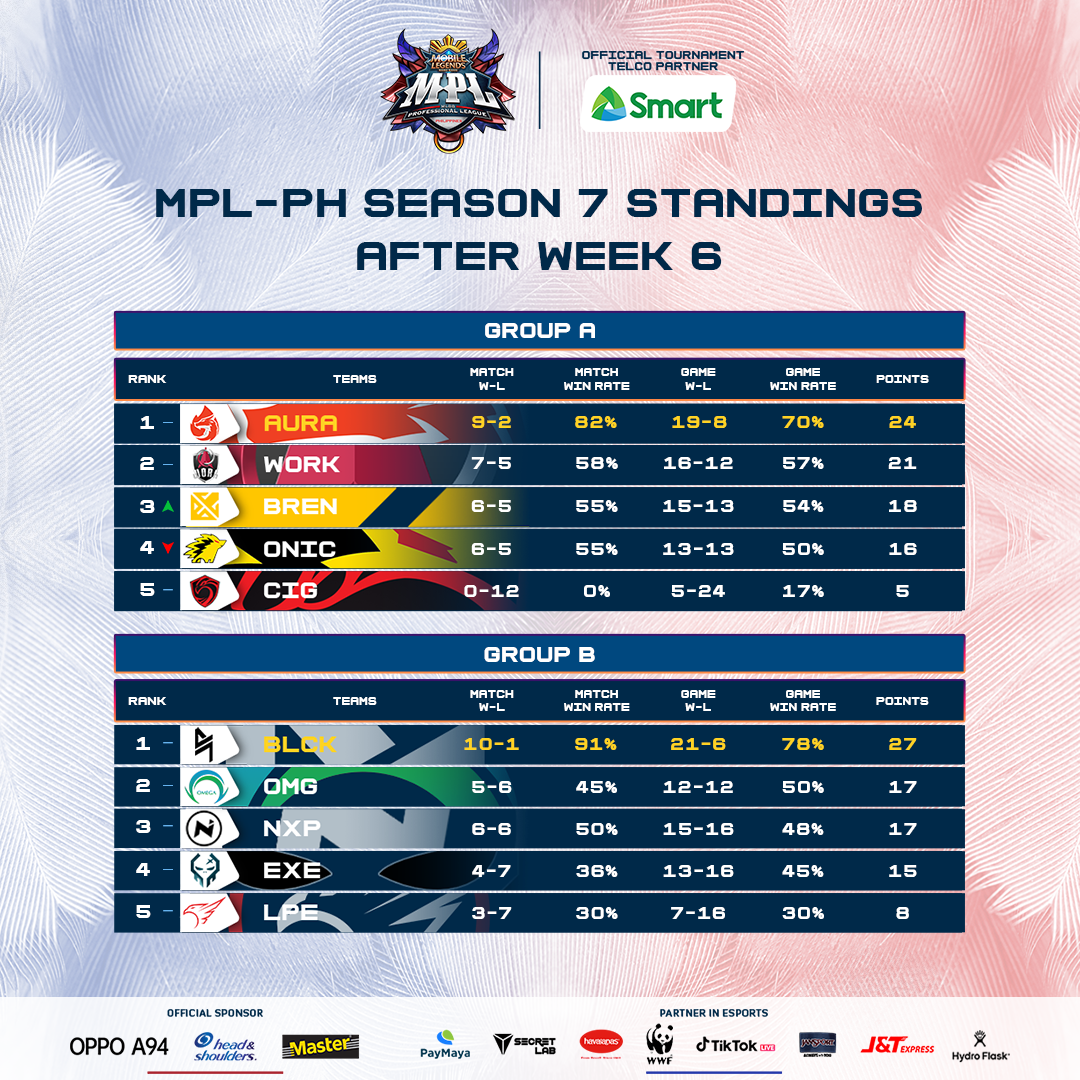 Although Bren Esports, the Season 6 MPL – PH champions, saw a very rough start to the season, they have since picked themselves up and pushed forward. By the end of Week 6 the team sit in fourth place overall, just a few points behind Work Auster Force. With two series to play over the weekend, Bren have a shot at claiming third place quite easily, especially since they have been the only team to decode the unstoppable Blacklist International.

Ahead of the pack

While Blacklist are way ahead in Group B, 10 points above their closest challenger, Omega Esports, Aura PH have Group A under control, sitting 3 points ahead of Work Auster. With two series to play for both Aura PH and Blacklist International, it will be interesting to see if there will be a change in which team takes first place overall. These two teams are definitely going to be ones to watch in Week 7 with Aura PH taking on Onic PH and Execration, while Blacklist will be fighting Nexplay Esports and Onic PH.

Both Omega Esports and Nexplay Esports currently sit on 17 points as we move towards Week 7, but with Nexplay only having Blacklist to face this weekend, they could find that not even the performances of RENEJAY and Exort can save them from being leapfrogged by Omega.

Here is the schedule of MPL – PH Season 7 Week 7 action: 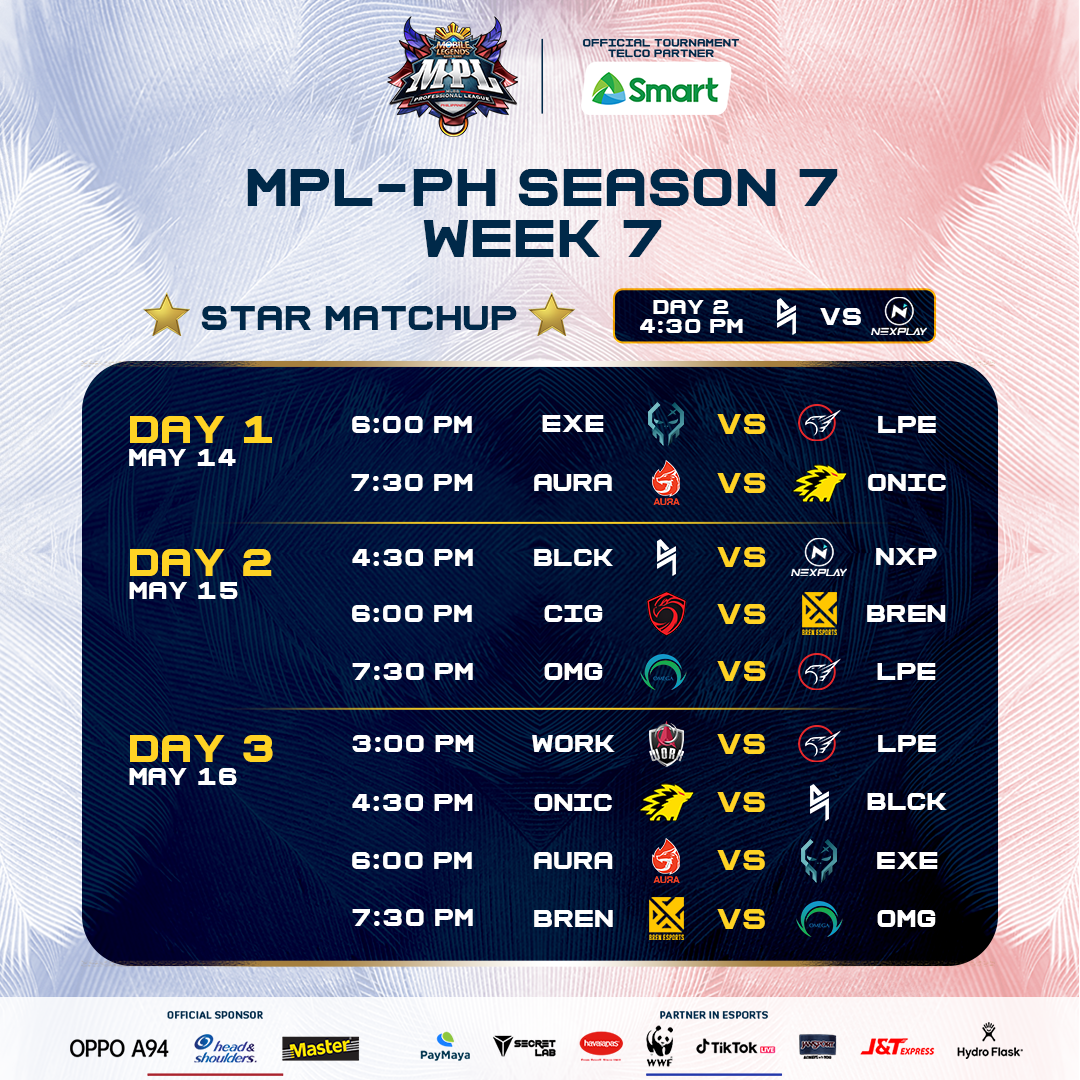 With chances for major upsets, such as Cignal Ultra finding their first win of the Season and the possibility of many position changes, MPL – PH Season 7 Week 7 is set to be an absolutely intense final week of Regular season action.

Will Blacklist keep their #1 position in the overall standings?

Blacklist cannot be stopped
Thank you for voting!
Aura PH will take the top spot
Thank you for voting!
Jarrad “Belandrial” Adams
Belandrial has spent most of his years following Dota 2 closely, but now has found a new home in the complex world of Mobile Esports. When not watching nearly every possible esports title available, you can find me running around Azeroth or building strange bases in Valheim.
Share Tweet
1 people reacted to this post