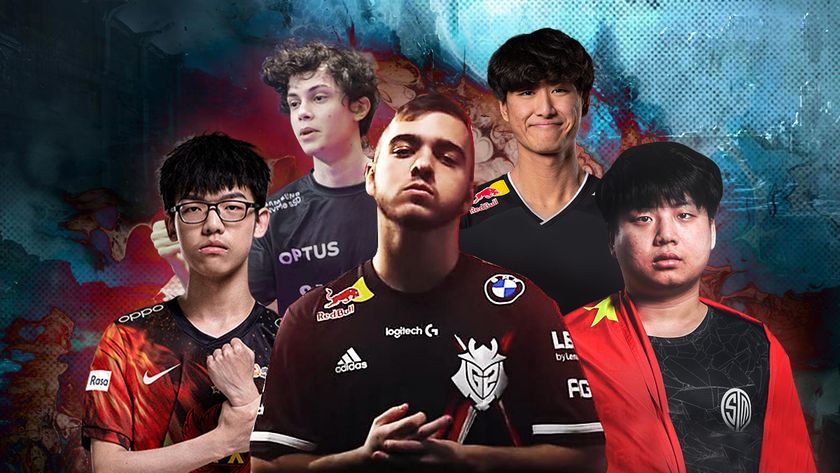 Look out for these newcomers in the 2022 LoL competitive season

Check out these newcomers making their debut in competitive League of Legends this season.

And just like that, the 2022 League of Legends competitive season is upon us with the likes of the LPL, the LCK, and the LEC starting their respective Summer Splits this week. The off-season also saw plenty of players moving around the league, some swapping jerseys whilst others decided to swap regions as well. One of the big talking points of the recent off-season was the number of big-name players making moves all around.

But aside from star players heading to pastures anew, the off-season was also a good chance for many prospects to come through. With plenty of teams looking to rebuild for the 2022 season, this was a good time for teams to experiment with a new lineup. While some went down the route of signing household names, other organisations decided to go with young talent with plenty to prove.

Victor "Flakked" Lirola is a 20-year-old Spanish bot laner who is now the AD carry for G2 Esports. After what was a disappointing year for the eight-time LEC regional split winners, G2 decided to rebuild their squad with three fresh faces, with one of them being Flakked. He started his career with the Spanish team, S2V Esports but it was at MAD Lions Madrid where he stood out. His intense mechanical plays have been a great sight for any who follow the lower tier leagues and now, he will have his chance to shine on the big stage. The LEC will be the region to watch this year with many up-and-coming names putting their hat in the ring for best in the region.

TSM is one of the LCS' most prolific teams of all time with seven LCS regional titles to themselves. However, the team has never been that great on the international stage with only the IEM Season IX - World Championship win to show for it. Coming in at third and fourth respectively during the spring and summer splits, it was clear change was very much needed. In comes Zhu "Keaiduo" Xiong, a by-product of TSM's month-long scouting in Korea where he outperformed the majority of the competition. Keaiduo plays for ThunderTalk Gaming Young in China's LDL where even though the team placed last in the regional splits, he showed great mechanical prowess as well as a large champion pool, which was enough to convince TSM to sign him.

After spending the first half of 2021 in the LDL and the second half swapping to the LPL, Ping "xiaolaohu" Xiao-Hu is now the starting toplaner for FunPlus Phoenix. Moving from the team's academy squad, FPX Blaze, xiaolaohu will be part of a four-man roster change for the team that won Worlds 2019. Coming from the LDL, xiaolaohu is expected to take the challenge head-on having won the 'Rookie of Week 5' award. While 2021 as a whole was a bad year for FPX, it was expected that the team would go through a massive roster change given their poor run at Worlds 2021.

Cloud9 had a memorable 2021, claiming their eighth regional split title to go with decent performances at both MSI and Worlds 2021. However, that wasn't enough to keep its star-studded roster together with their star mid-laner moving to the LEC and their support player swapping colours in the LCS. The team's refreshed roster for the 2022 season introduces Jonah "Isles" Rosario, an Australian support player who was previously part of Cloud9 Academy. Isles was also part of the team formerly known as Legacy Esports that made it to Worlds 2020 from the OCE region. With international experience, Isles will be stepping foot onto the LCS stage for the first time, eager to show what he's made of.

Having already lost their previous mid-laner to Fnatic, MAD Lions opted to look elsewhere to find a replacement with Steven "RKR" Chen coming in from the German tier two team, BIG. RKR, also known as Reeker, is coming into MAD with big shoes and expectations to fill. MAD had one of their best years in the LEC, even if it's only their second year in the league. They finished first in both the spring and summer splits as well as proving that they're no walkovers on the international stage. He will surely be relishing the challenge after being awarded  Prime League Pro Division 2021 Summer MVP Award as well as the Finals MVP Award.

Both the LPL and the LCK are now in full swing with their respective Spring Split matches. The LEC will be starting this Friday, January 14. The LCS Lock-In will also be happening on the same day with the official LCS Spring Split happening on February 5. Six days after that will be the start of the PCS Spring Split, which will be an exciting affair on its own accord.

Do you think any of these players will live up to the hype?