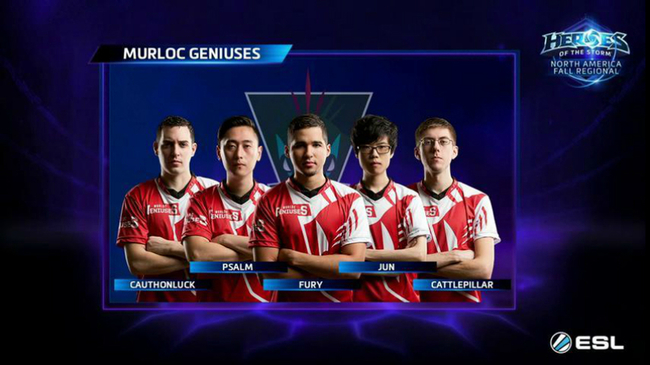 Despite double Warrior dominating both the second European regional and China's Gold Series tournaments, North America's second regional, won again by Murloc Geniuses, displayed a new competitive meta that slightly favored double Support more than anything else but which also relied upon old standards. In a way, it was like watching a transformation in action, as overall composition changed over the course of the three-day event until the 4 semifinalists largely settled into the new approach.

Clearly, NA continues to love their ranged assassins. Given that, the most surprising point of info in that list is that Anub'arak, expert mage hunter, saw no play at all. The other mage hunting warrior, Stitches, also saw little play (3 games, 2 bans, only 1 win.) However, the rest of the not-wanted list continues to be inhabited by heroes that have long been dismissed at the pro level (Gazlowe, Nova) those that are popular in other regions (Dehaka), and many that are slated for reworks either currently on the PTR (The Butcher, Valla) or long-rumored (Nazeebo.) Similarly, it's unfortunate to see Chromie and Gul'dan, two of the four most recent heroes released, still seeing next to no competitive play. 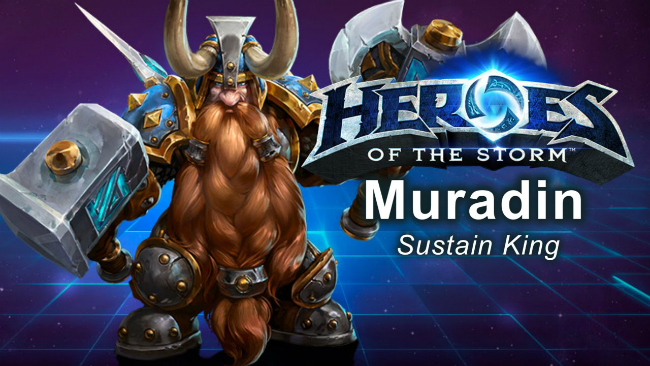 On the other hand, Muradin, even post-Dwarf Toss "nerf", continues to be the most popular front-liner in NA. This is a sharp turn away from Europe, where Tyrael was far and away the most popular Warrior last month. In this tournament, he was only involved 7 times (6 plays and 1 ban; only 1 win.) I had my doubts that the change to Toss was really going to impact the mountain king's popularity, because it's difficult for even pros to land something in the brief instance that he was Unstoppable, and all the other changes were buffs that made him even more durable.

But even with Muradin being one of the most popular picks, he wasn't so in combination with his other frontliners. Dual Warrior appeared in only 16 drafts of 74 (18%), going 8-8 overall. The comp was most popular in Group B (Gale Force eSports, Team Naventic, Astral Authority, and Imported Support) with 8 of 22 drafts using it, going 4-4. AA led the way there, being fond of pairing the little-used Chen with another Warrior, but also going 1-2 in those matchups. 4 of those comps were Warrior-Bruiser combinations, one of which was iDream playing his favored Rexxar alongside KingCaffeine's ETC in the final game of the tiebreak set that sent Denial to Blizzcon.

Instead, the comp that emerged and trended heavily in the later stages of the tournament was dual Support. It appeared in 18 of the 74 drafts, going 10-8, and appeared in 6 of the 10 drafts of the finals between Murloc Geniuses and Denial eSports. Even more exciting was the significant presence of the latest hero release, Auriel; being involved in 25 games (12 bans, 13 picks, 9 wins) and kicking the weekend off with a bang when MG made her the first pick, followed by Cho'Gall, and proceeded to demonstrate the power of Bestow Hope on a hero that dishes out as much damage as the leader of The Twilight's Hammer. Combined with Empathic Link and Reservoir of Hope, Auriel can churn out ridiculous heals every 4 seconds. That combo has been prominent in both QuickMatch and Hero League in recent weeks and it was exciting to see MG bring it to the pro scene.

Likewise, the emergence of Medivh has finally taken place, with the pseudo-Support being played 10 times and winning 6 of those games, along with 5 bans. After adrd's phenomenal play at Gamescom, it seemed like Medivh was on the verge of becoming the (ultra) high skill ceiling hero that Blizzard had envisioned and players like k1pro of Denial demonstrated that this weekend.

Denial picked Li Li in a win over MG on Sky Temple in group play. Her blinds neutered Lunara's and Falstad's AA damage and her sustain also helped in the lengthy temple fights. Proving that turnabout is fair play, MG correctly interpreted that Denial's draft was aiming for Tracer in the first game of the finals and picked Li Li for that match on Cursed Hollow. Glaurung could be seen insisting on proceeding with the plan, but the little Pandaren neutered the Overwatch agent and MG won handily. 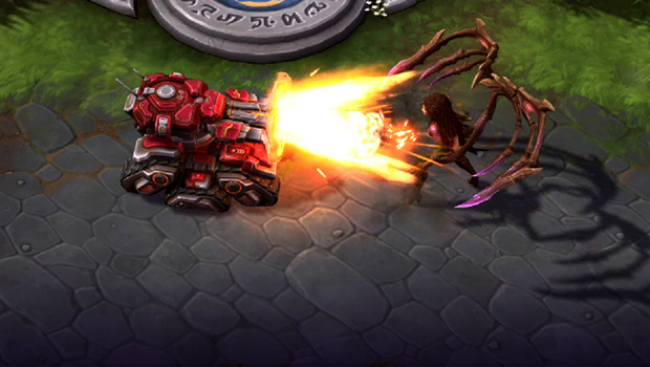 In an overall change responding to players' difficulty in scrimming before tournaments, Blizzard/ESL had decided that the regional would be played on the most recent patch, rather than delaying for two weeks as had been customary. That meant that the newly-tweaked Sgt. Hammer was available and three teams put her to use, with MG using her in a win on Dragon Shire over TNC and AA using her in a loss to IS on Battlefield of Eternity; both in group play. However, she rumbled forth in one last attempt as GFE put Fan on the siege tank in the last game of the tiebreak against Denial. She wasn't enough to turn the tide, though.

As noted above, Chen saw some play, all with Astral Authority, who went 1-3 in those games. The big Pandaren is still susceptible to stuns of all kinds while drinking, neutralizing his rather awesome sustain ability. Facing Johanna and Kerrigan twice, Chen simply couldn't hold position in lane as well as AA would have liked.

Will the meta changes carry over to Blizzcon?