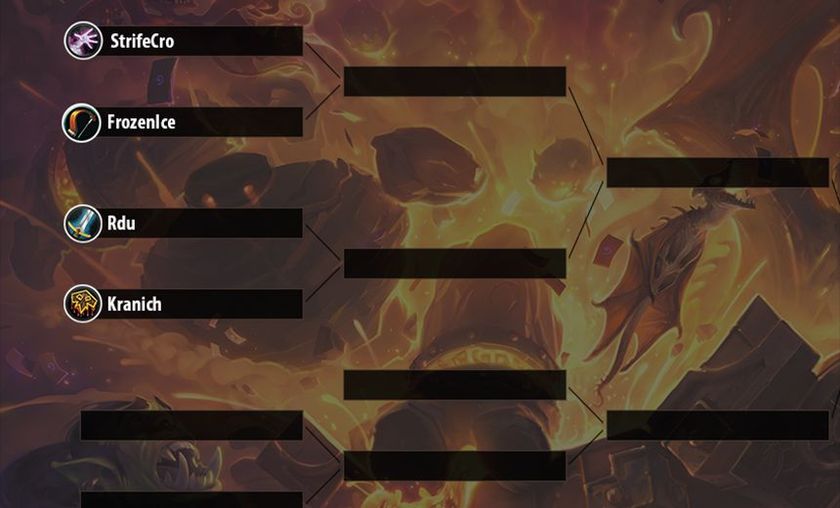 If you’re tired of the good old Conquest format, this one-deck competition might cheer you up

In an one-day double elimination bracket, four players will try to win using just one class and a small sideboard.

Ever since the Hearthstone professional scene existed, multi-class formats have been the standard. 2014 passed under the sign of the last hero standing format, while 2015 has moved on to the so-called contest for most tournaments. Although some events like the Viagame HouseCup and PVPLive’s HPL are trying to spice things up by expanding or even removing class restrictions, players would still bring multiple classes to form their line-up.

The “One Deck Derby”, as you can guess, is different. Each of the four players is allowed one deck only plus a ten-card sideboard. And that’s it. Trying their deckbuilding and sideboarding skills in this format will be Dima “Rdu” Radu (Warrior), Cong “StrifeCro” Shu (Warlock), Chu Sih “FrozenIce” Kuang (Hunter), who came as a replacement to DreamHack champion Xieyu “TiddlerCelestial” Wang and Hakjun “Kranich” Baek (Shaman).

Although the prize pool is relatively small, just $1,600, this is one of the rarer competitions which breaks the norms of competitive Hearthstone. Even though one-deck formats have been tried and applied in the past during the existence of the Managrind brand, we haven’t seen one such competition on stream for quite a while.