Professional players and longtime fans will agree that Competitive Gaming has it’s benefits, but is it really the case?

Competitive gaming, where players game against each other in either a physical or virtual location , It is one of the fastest growing segments of the gaming industry.. A report by Business Insider shared that the esports industry alone is on track to pass a valuation of USD 1.5billion by 2023, with an estimated audience of over 500 million people around the world. This is helped by the streaming culture, amplified by the current pandemic where people see competitive gaming as a source of  entertainment. Inspired by their favourite streamer, many are dipping their toes in competitive gaming.

There are many sides for competitive gaming – LAN tournaments, online tournaments, esports competition – but all of them involve a player playing a computer game. The saying that playing too many computer games is bad for you is both a truth, and an embellishment. Like how people play chess to exercise their brains, playing competitive gaming can help in developing better motor skills. A study by the team at Lero, the Science Foundation Ireland Research Centre for Software and University of Limerick (UL) shows that playing esports games ‘could accelerate motor performance improvements’, especially for novice players.

“Our study found that novice gamers who received transcranial Direct Current Stimulation (tDCS) over their motor cortex before training improved their performance on the specific task over five days, significantly more than novices who trained following no such stimulus,” - Dr Mark Campbell, director of Lero’s Esports Science Research Lab (ESRL)

The application of tDCS involves patients using a custom headset (HALO Neuroscience™). By using the headset, and playing with it for 20 minutes a day, gamers will see their motor skills in game and in real life benefit compared to those who don't play as often.

For those who play in the gaming circuits or even streaming popular esports games, playing esports can boost your bank balance. With many competitions giving away large prize pools as winnings, there are many millionaires among esports players out there. The top-earning esports player of all time is KuroKy, who is currently the captain of Team Nigma. He has so far earned over USD 5 million throughout his gaming career, with names like Virtus.pro, Team Liquid, Natus Vincere, and even Gosugamers associated with him, playing Dota 2 professionally

Tournaments like The International by Valve usually give out big cash pools, with the 2019 edition paying out over USD 34 million to the 18 teams playing in the tournament, with the grand prize walking away with USD 15 million, or about USD 3 million for each player in the winning team, which was OG. That is a big purse to aim for any budding competitive game player.

Streaming is also a big moneymaker - especially for someone who streams competitive gaming. Names like Ninja, Pokimane, and Shroud are just some examples of streamers who have made it in the streaming world. Combined, all three of them have over 30 million subscribers between them. 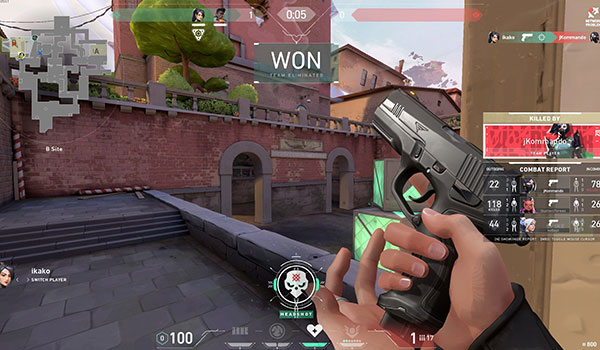 While computer games can be a solitary experience, the majority of the competitive games out there involve teams with numbers ranging from 4-6 depending on the type of game. Titles like Dota2 and VALORANT often will have multiple members in a team, with some acting as support and some acting as the frontline person in enemy engagement. The winning strategy will need to involve the whole team, and there is where social interaction can be developed further.

Playing as a team brings in a different dynamic to the game, where communication is key and understanding your teammates can be the difference between getting the winning point or being washed out in the early stages of the tournament. In this group setting, social interaction is developed, and camaraderie is established.

To expand on the communication part of socialisation, many modern games also feature party chat options for friends to group together and play cooperatively using voice or text functions. This allows players to interact with each other remotely and safely, permitting players from two different countries (or even continents!) to play with each other like they are in the same room.

With the good side, comes the bad side of things. For one, the physical health of the players may be in jeopardy as let’s face it – competitive gaming is not as strenuous to your body, unlike physical sports. Yes, you do get shots of adrenaline as you close into clutching the win over your opponent, but your body is just sitting down not doing much. Furthermore, a bad sitting position is a bad habit commonly adopted by many esports players. The bad sitting position can develop into strained or pulled back, or even worse, spine-related injuries.

Other common physical health problems include carpal tunnel syndrome, tendonitis, or more popularly – gamer’s thumb, also known as inflammation of tendons in the thumb, which is usually associated with controller-based gamers. Other problems can include "musculoskeletal injuries of the neck, back, and upper extremities''. Mental health is also an important aspect of competitive gaming that needs to be addressed. As competitive gaming and esports titles like Dota2 and VALORANT can be intense at times, the pressure to perform well is exceptionally high, especially in tournaments in front of spectators (IRL or virtual). The depression when you did not achieve a win or missed a turning point in the game can have a massive effect on both individual and team morale. We have seen so many matches where the team essentially lost the drive to the game once they see the opponents gaining an upper hand.

Depression can also lead to other dangerous side effects if not treated well. Effects such as overeating, self-harm or even worse could result from depression. Another major psychological problem that can be faced by competitive gamers is stress. This is related to depression as one can lead to another. Stress build-up can result in an explosive confrontation with challengers, teammates, or even family members, with disastrous results. We have a good resource on mental health that can be accessed here.

Proper thinking on players' health should be done properly by governing bodies to ensure the sport will not see major problems creeping into the scene and taint the industry. Stakeholders will need to sit down with everyone to ensure the positive sides are highlighted, and the negative side of competitive gaming is addressed properly for the sake of the players and the esports scene worldwide.

One aspect of modern gaming is that players can be matched with other players randomly in multiplayer games. This is a dual-edged sword as the ability to play with random strangers will come with caveats - the chance of you playing with someone toxic is high. You can get abuse in the form of racial-tinged or gender-specific taunts, or even taunts of a sexual nature.

Competitive gaming has both pros and cons, and players are advised to take both sides into account to ensure that their playing experience is not tinged by negativity and their expectations are not overblown.

Do you think competitive gaming is good for everyone?

Yes, it build character!
Thank you for voting!
No, too much toxicity
Thank you for voting!
Sharil “memeranglaut” Abdul Rahman
He dabbles in Esports, checking out what's new and hip with the industry. Outside of Esports and gaming, he likes Japan. Ijou. Check him out at @SharilGosu
Share Tweet
5 people reacted to this post