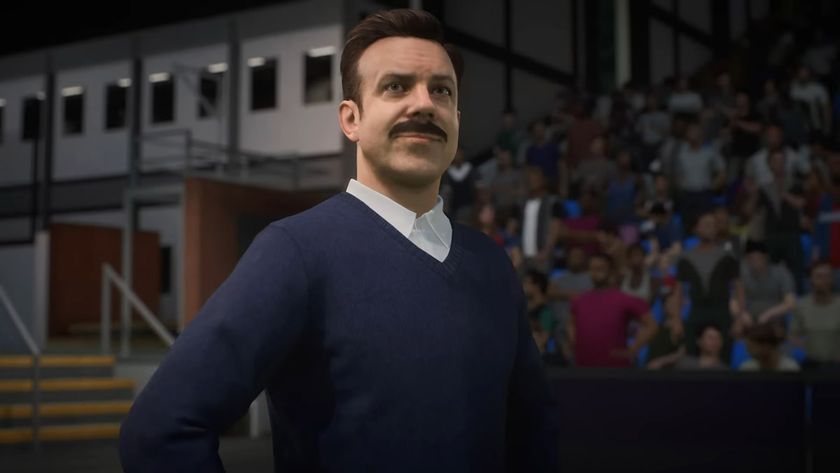 EA Sports has announced that FIFA 23 will feature a crossover with Apple TV+’s sitcom Ted Lasso.

Electronic Arts has announced that Ted Lasso - the ever-optimistic mustachioed soccer manager from the Apple TV+ comedy of the same name - is coming to FIFA 23. Lasso will bring his soccer club AFC Richmond with him, allowing players to take control of the fictional team’s career in-game.

This is one of those crossovers that just makes total sense. Ted Lasso is a workplace sitcom that follows the ups and downs of an English soccer team, AFC Richmond, making it ripe for a soccer game crossover like this. It's still pretty funny to think that a fictional comedy character and his fictional comedy team is going to compete alongside real-world teams like Juventus, though.

According to EA Sports, this crossover will let fans of Ted Lasso, “authentically take control of their favourite club across multiple game modes including Career Mode, Kick-off, Online Friendlies, and Online Seasons." You’ll be able to pick Lasso as a manager in Career Mode, with actor Jason Sudeikis having actually stepped into a motion-capture rig to reprise his role for the game. AFC Richmond’s home stadium, Nelson Road - which is entirely fictional - will also appear in the game.

From the TV show, Coach Beard, and AFC Richmond players including Jamie Tartt, Dani Rojas, Sam Obisanya, Roy Kent, and Isaac McAdoo will all appear in FIFA 23 as well. In FIFA 23 Ultimate Team, you’ll also have access to a bunch of AFC Richmond-themed customisation items including kits and TIFOs. Ted Lasso and Coach Beard can also be selected to manage your club.

The Ted Lasso Twitter account has also confirmed the crossover, noting that it’s strange to see his fellow coworkers in CG form - except for Roy Kent. That’s a reference to an especially bizarre conspiracy theory that circled the show last year, where online users claimed that Roy Kent’s actor, Brett Goldstein, was not a real human being but a CGI creation. Yes, that was a real thing that really happened.

FIFA 23 launches on September 30 with all this Ted Lasso content available at launch. In case you missed it, FIFA 23 will be the last game in EA’s FIFA game franchise, after both companies called it quits on a three decade-long partnership to make football games separately. Starting next year, EA will make its own football games under the brand ‘EA Sports FC’ while FIFA teams up with other studios and developers to make different games under its brand.

Have you watched Ted Lasso yet?