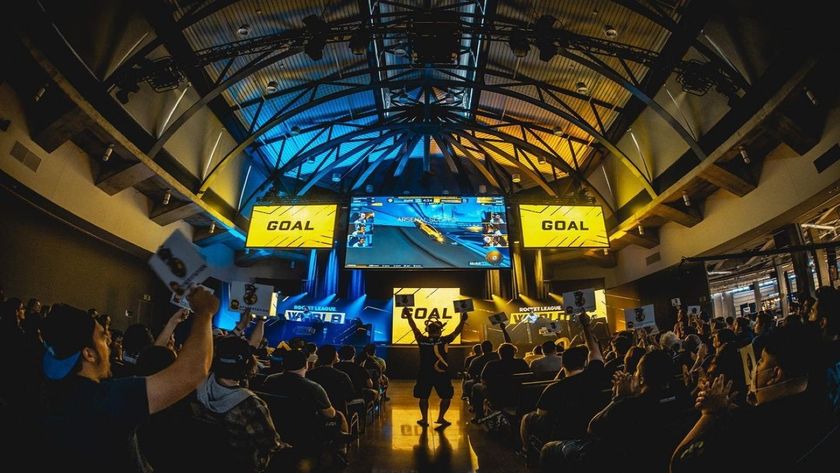 The group stage is now set with the last 16 teams.

The group stage games for the RLCS World Championship will begin on August 10 with the confirmed 16 teams for the main event. This comes after a gruelling four-day wild card that saw eight teams pull through to the group stage. The likes of Karmine Corp and SMPR Esports finished the wild card stage at 3-0, giving themselves an extra day off.

Version1, Dignitas, and Renegades made it through with a 3-1 scoreline while OpTic Gaming, The Club, and Spacestation Gaming/Pioneers managed to squeeze through with a scoreline of 3-2. The stage is now set for the main event; this is how the bracket will look like:

KC and SMPR had perfect records, with the former being the best of the wild card teams, winning two of their best-of-sevens in a clean 4-0 sweep with another at 4-1. Having dropped just one game, KC will be heading into the group stage with plenty of confidence as they will face off against FURIA Esports.

As for SMPR, they had two 4-0 sweeps as well as a nervy 4-3 win against SSG. Their group stage series against Endpoint CeX will be an interesting one; Endpoint has the upper hand in this head-to-head, winning 3-0 during their last encounter in the Copa de Rocket League regional event.

V1 will be going up against a familiar opponent, the General NRG. Both teams have regularly clashed during the NA Spring regional events over the years. But it's V1 who goes into the series with the advantage, having knocked NRG out during their last encounter at the second NA Spring regional event, the 7-Eleven Slurpee Cup. However, they will be going up against a former world champion and if anyone can make the series exciting, it's NRG.

Speaking of former world champions, Dignitas will be facing Team Falcons, one of the tournament favourites after their second-place finish during the Spring Major. It was a near-perfect run for the Middle Eastern squad who absolutely decimated the opposition before losing to Moist Esports in the grand finals.

Another minor region will be making an appearance in the main event with Renegades versus Team BDS. Renegades were able to claim crucial wins against both Team Secret and OpTic Gaming, which will give them great confidence heading into the series against BDS. Having won the Fall Major a few months ago, BDS has not been able to stake its claim as the best team in the EU but will be hoping to make a strong case in a couple of days.

Brazilian squad The Club is another squad that managed to edge themselves to the main event after defeating 01 Esports 4-1 in their final series of the day. Having lost both their matches against NA teams with a 4-2 scoreline, it doesn't look good for The Club as they will be facing FaZe Clan. Having won the third NA Spring regional event, the Nissan Classic, FaZe have not been able to impose itself on international events. They could only manage two top-four finishes as well as getting knocked out in the second round of the lower bracket at the Spring Major. As The Club will be playing against their third NA team, they will be hoping to turn their fortunes in their favour.

There will also be another all-NA match-up between G2 Esports and OpTic Gaming. For G2, they can take pride in knowing they are the region's most consistent team, winning the first two Spring regional events as well as the Winter Major. While they weren't nearly as good during the Spring Major, G2 does hold the advantage having defeated OpTic (known as Team EnVy then) during the Nissan Classic in the quarterfinals.

Lastly, there are the Spring Major champions, Moist Esports going up against Spacestation Gaming. It will be a treat for the audience with NA having all five teams in the main event. SSG survived a scare from Pioneers, who for all their effort, was not able to overcome the last hurdle to the group stage. It came down to four-and-a-half minute overtime but SSG persevered with a 4-1 to go up against Moist. In the last two majors, Moist managed to overcome SSG 4-3 and will be looking to make add another milestone to it.

The RLCS World Championship group stage will be happening on August 10-14 at 00:00 UTC+8 where it will decide the final eight teams that will be heading to the playoffs.

Who was the best team in the Wild Card?

RLCS World Championship: The final eight teams have been confirmed