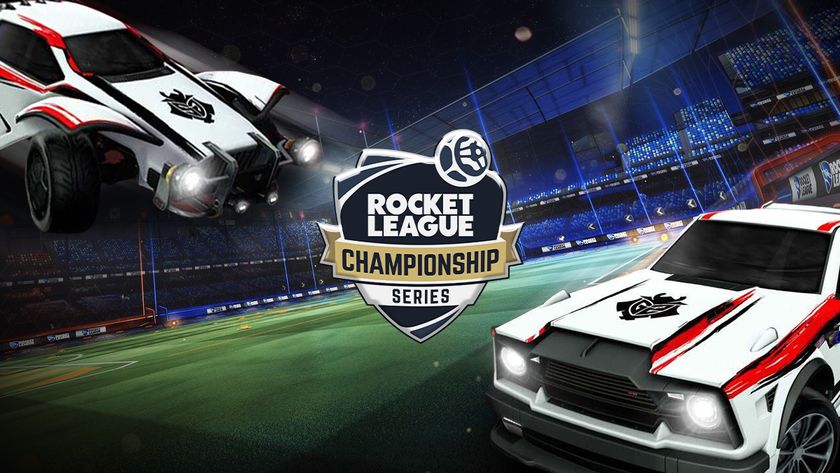 North America comes out on top on home soil.

The Rocket League Championship Series (RLCS) Winter Split Major is finally over with G2 Esports showcasing the true power of North America, taking the reset best-of-seven series against Team Queso, the only European team in the top six. It has been an exciting few days of Rocket League with plenty of action and drama that unfolded over the five-day tournament. It was also the first-ever RLCS Major that featured a live audience after a long two-year wait.

In what was billed to be a highly entertaining major, it surely didn't disappoint, especially in the last two days at the YouTube Theater in California with both NA and EU going at it while a sole South American team was handling itself well against the top dogs. There's plenty to unpack from the RLCS Winter Split Major so let's dive right into it.

The era of The General NRG could well and truly be over in North America with G2 Esports taking home the gold at the Winter Split Major, but we'll get into that later. First and foremost, G2 Esports has been one of NA's sleeper teams even though they were the second seed heading into the tournament. The team has had a mixed season, coming in at fifth/sixth during the first regional, winning the second, and coming in third in the final event. However, they put their doubters to rest with a scintillating group stage, winning all three of their games while putting the former number one EU seed, Team BDS to the sword in all five games.

They then went one further by taking out surprise upper bracket contender Furia from South America, who had a dominating group stage as well. From there, it was cruise control for G2, sending Spacestation Gaming to the lower bracket finals and securing themselves a top-two finish. Their victory over Team Queso in the grand finals was one to remember with the EU number one seed claiming the first best-of-seven to reset the series. G2 weren't to be outdone, however, as they rallied from a crushing 3-4 loss in the first series to take the second in six games.

With this win, G2 now becomes the top-seeded team in NA with FaZe Clan coming in second and The General NRG in third place. The Spring Major will start in three months and it will be interesting to see if G2 can bring the same level of performance to London then.

Heading into the Winter Split Major, many were talking about another dramatic NA vs EU grand final. And true enough, that happened with Team Queso putting the entire region on its back and ploughing through the lower bracket. After replacing its entire roster last year, it's now starting to bear fruit with the team winning two regionals and getting second in another to become EU's top seed. They had a decent group stage, going 2-1 with their only loss coming against Version1.

Starting in the lower bracket, they had a long and arduous run on their hands but it didn't deter them one bit. They managed to eliminate the likes of The General NRG in the first round, fellow EU contenders Evil Geniuses in the second, South American starlets Furia in the quarterfinals, FaZe Clan in the semifinals, and even Spacestation Gaming in the lower bracket finals. That's three of the top five teams in NA with one of them being arguably the best team in the world, NRG.

Team Queso even managed to reset the grand finals after a thrilling 4-3 series victory over G2 Esports, which was also more down to G2's disastrous miss-communication. However, they didn't manage to replicate the same performances that saw them eliminate three-thirds of the NA competitors as G2 found their footing after the reset and claimed the win after six games.

The General NRG crashes and burns

When you think of Rocket League, you will usually gravitate towards The General NRG, mostly because they're the most recognised team in NA and quite possibly, the world. They feature a star-studded lineup full of all-stars who have all lifted the world championship trophy. Unfortunately, it has been a rough road for The General after the end of Season X - North American Championship. They only won one of their three regional events leading up to the Fall Split Major, in which they ended up coming second to EU's then-top seed, Team BDS.

They had a better showing during the regional events for the Winter Split Major, winning once and coming second twice against G2 Esports and Version1 respectively. But judging from how they lost against their NA counterparts, you could see that the cracks were starting to show at the seams. Their group stage showing proved just that with The General winning only two of their matches, both of which came against Renegades from the Oceanic region. They lost against both Furia and Endpoint in the process and ended up getting dumped out of the tournament in the first round by Team Queso.

The General now sits in the third seed overall for NA and they will need to show vast improvement come the Spring Split Major, which is then followed by the RLCS 2021-2022 World Championship. Their performances during the tournament were subpar at best, with the team visibly showing signs of passiveness in their gameplay. This must be altered if they are to stand any chance of competing for a spot at Worlds.

Much like how the esports community is like these days, many professionals are now as young as 16 years of age, which is very much the case for esports titles like Rocket League. The likes of Pioneers from Oceania featured a three-man stack of 16 year-olds while teams like Team Secret and Team Queso featured two players each who was 16. North America also had its very own 16-year-old debutants to the big stage on teams like Spacestation Gaming and Version1.

The fact that Team Queso had two players at 16 years young competing at the highest level shows just how it has become a norm these days. While it may have been the older guard who took home the victory, it's a definite call-out for them to step up their game as the young guns aren't pulling any punches. A case in point is The General NRG versus Team Queso match-up - NRG has a stacked line-up featuring the likes of Garrett "GarrettG" Gordon, Mariano "SquishyMuffinz" Arruda, and former prodigy and now one of the greats, Justin "jstn." Morales.

While they did put up a decent fight, how they lost to Team Queso was brutal with the scoreline for the fifth and final game ending at 5-1 in favour of the EU top seed. The likes of Joe "Joyo" Young and Axel "Vatira." Touret were the two 16-year-olds who were key in Team Queso's successful run of the lower bracket.

The fans are back

The Rocket League community have got what they wanted for two long years and it was definitely worth the wait. The fans have been resounding over the last two days in the YouTube Theater in California with the home crowd behind every NA squad. With the deafening roars whenever a perfect redirect or clean team passing play happened, the crowd was on their feet for the most part and the casters made sure to include them whenever possible for some screen time in-between matches.

With fans now available at LAN events, the upcoming Spring Split Major should also feature a live audience seeing as it's expected to be held in the Copper Box Arena in London, England from June 29 to July 3.

Did you watch the RLCS Winter Split Major?

Everything we know about Overwatch 2 so far: PvE, new maps, hero changes and more