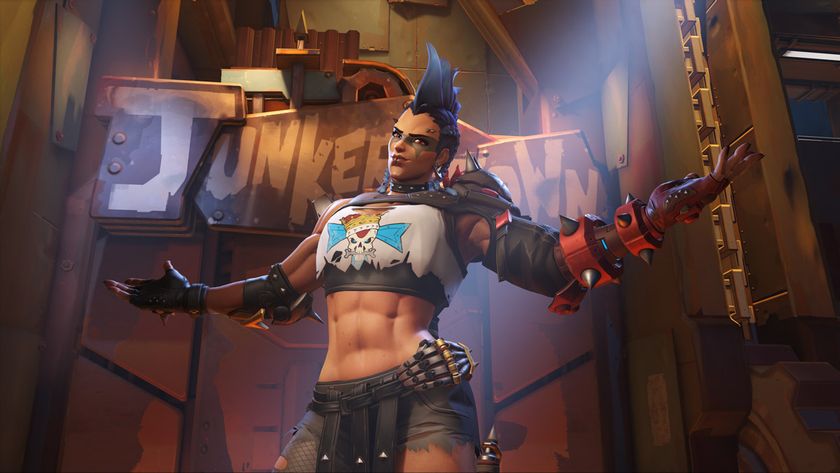 Impressions: Overwatch 2's Junker Queen is great but new hero changes are not

Overwatch 2’s new hero changes have not gone down well with players.

Overwatch 2 has entered its second closed beta, and we’ve been playing quite a bit of it over the last week. The beta adds a new playable Tank in Junker Queen, and a new payload map called Paraiso. While both of these additions seem pretty fun thus far, the beta also introduced a swathe of hero rebalancing changes - a lot of which have been for the worse. Let’s tackle the new stuff first.

A rundown on Junker Queen

Meet Odessa ‘Dez’ Stone, otherwise known as the Junker Queen. You’ve heard her voice blared from the speakerphones in Junkertown for years, but this is the first time we’re seeing its ruler in all her punky glory. Junker Queen’s backstory is fairly simple: after the previous ruler of Junkertown tossed her family into the wilderness of post-apocalyptic Australia, she came back to claim his throne by force. She doesn’t fall neatly into any of Overwatch’s pre-existing factions, and her voicelines suggest that even she has no idea what she’s fighting for.

Junker Queen's kit has one big exclusive quirk: all of her abilities inflict a new status effect called Wound, which deals bleed damage to enemies while healing her up at the same time. This passive allows her to last longer in combat, but isn’t terribly reliable unless you make your shots count. Her primary fire is a six-shot close-range shotgun and her secondary fire is a knife called Gracie, which she can fling at enemies and then recall to pull them closer.

Carnage has her swipe at enemies in a wide arc using an axe, but it only affects those close by. Commanding Shout buffs up surrounding teammates’ armour and movement speed. Her ultimate ability is called Rampage, allowing her to lunge forward while spinning her axe to deal damage. Most importantly, it inflicts an anti-healing debuff on enemies temporarily, which can be massive if timed right. Not even Zenyatta can save an entire team with his ult if they're cut off from healing.

Where does she fit in?

Junker Queen is an interesting addition to the roster. She immediately feels like the new standard for Overwatch 2 Tanks, and not necessarily in a good way. In the sequel, most Tanks have gotten their original roles as protectors scaled down in an effort to present them more as brawlers, with only their large health pools and unique team-focused abilities separating them from the Damage heroes now. Junker Queen would better fit a Damage role in the original game, exemplifying the sequel’s shift in meta.

This hero’s ability kit seems to center around crowd control and survival. As long as you’re constantly dealing damage, you’re constantly healing, which makes you very hard to kill and a pest in the eyes of the enemy team. If she’s with a team, her Commanding Shout can get a buff up in time for a big fight, but she’s better off dealing damage and taking attention off her teammates. Despite having such a damage-heavy kit, she has a much higher skill ceiling than Sojourn. If you don’t stick someone with your throwable knife, you’ve wasted an entire ability that is now on cooldown. You have to be at close range with enemies, or your primary fire is practically useless.

Her anti-healing ult is also very, very interesting. I can see it earning some level of controversy similar to Brigitte’s old Shield Bash, as it can be very frustrating to deal with in big teamfights. It’s also one of her main selling points as the only Tank on the team, so I don’t see Blizzard toning it down or removing it entirely anytime soon. She’s not unkillable and she’s certainly not a massive damage dealer, but her anti-heal ult is a strong boon during skirmishes. It’s also a right pain for Support heroes to deal with, which brings us to those worrying rebalancing changes.

Much like any teenager locked in their room listening to Phoebe Bridgers in the middle of the afternoon, Mercy is going through something right now. Of all the changes implemented in this beta, one sticks out like a sore thumb, and I’ll quote the patch notes here: Guardian Angel now, “automatically launches you upwards if you reach the end.” Guardian Angel is an irreplaceable component in Mercy’s kit, allowing her to zip through long distances in order to reach a teammate in need of healing. This new change makes it so the ‘superjump’ players could trigger by jumping right at the end of the ability is now completely automatic, flinging them into the sky whenever they reach a teammate.

Just… why? It’s a confounding change. Theoretically it gives Mercy players a much easier way to move around during combat without getting killed, but in practice it does the exact opposite. If you’re trying to zip to a teammate to resurrect them, this change makes it so the resurrect is instantly cancelled the second Mercy jets off into the sky. Even if you’re trying to fly to a teammate just to heal them, where is your Superjump going to land you? The ability is now unpredictable and clunky to use, an additional dose of chaos in the sequel’s already very busy combat meta.

Supports are in a bad place right now, and that needs fixing before PvP launches in October. It’s nice to see more players flock to Tanks in the beta, but as a result queue times for every hero type except Support are abysmal. It can take up to ten minutes or more to play Damage or Tank, and 20 seconds to play Support. Players just don’t want to play this role anymore, and who can blame them? Playing Support is an endless cycle of walking out into battle and instantly dying, with no Tanks to protect you and few ways to deal damage yourself. If the game launches with Support characters still in this state, no one’s going to be happy but the masochists.

At this point, it’s safe to say that the Overwatch team knows how to make a good map. Paraiso, set in Lucio’s own hometown in Rio de Janeiro, is a summer-themed map populated with pastel-coloured buildings and a pulsing nightclub. This is a Hybrid map, which means that players have to capture a point before pushing a payload into the final objective, which happens to be Club Sinestesia.

This is a pretty fun map, with a far more cohesive design than a lot of the other payload maps have been given. Take Dorado, for instance, which has you escort a payload through the twisting streets of a rustic town, until you hit a massive futuristic ziggurat that seems hilariously at odds with the rest of the town’s design. Here, everything flows cleanly. Defenders spawn at a cute little makeshift football court before winding through buildings and finding a Numbani-like high ground of bridges and tall buildings. There are a few low roofs certain heroes can jump onto to maintain the high ground, but this is a refreshingly scaled down map vertically. Fights play out at a distance, but you’re not often staring into the sky for a sniper.

So far, Overwatch 2 has managed to deliver with its maps and its heroes. They’re all interesting to engage with, but the sequel is clearly struggling with reshaping its meta in a fun and satisfying way. Hero reworks are coming out the wazoo, and while some of them work (Orisa is in a great place right now), others are a little more iffy. Doomfist still doesn’t make a lot of sense as a Tank, and Mercy just needs to have all her new changes reversed. Symmetra deserves a total hero rework in the vein of Orisa, but instead has been nerfed to the ground in this new beta. There’s still time until the PvP launch, but will it be enough time for the development team to iron out these issues?

Have you tried out the Overwatch 2 beta yet?