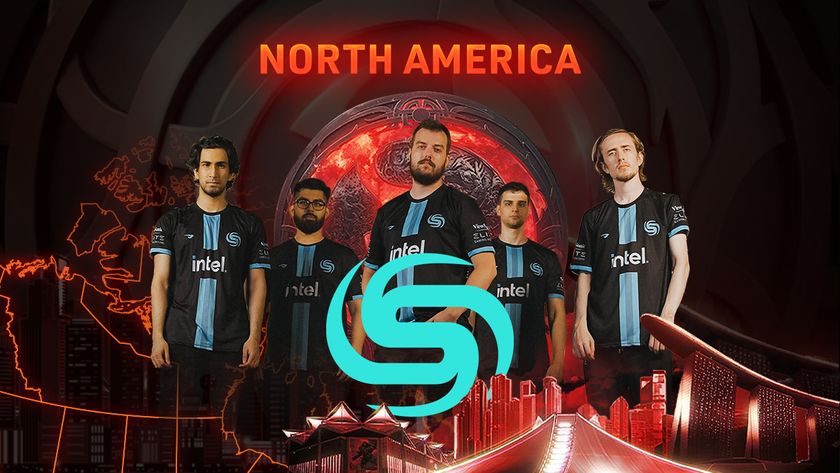 Soniqs showed up in full force on the final day of the TI11 North American qualifiers to brush aside Wildcard Gaming and nouns to secure the first position.

The old saying goes, ‘Cometh the hour, cometh the man’, which is exactly what happened in the North American qualifiers for The International 2022 (TI11). Just in this case, it was a team of multiple men – Soniqs. Formerly known as Quincy Crew, Soniqs overcame their 0-2 loss to nouns earlier in the qualifiers to hammer them 3-0 in the grand final.

Soniqs secure a place directly in the group stages of TI11. But all is not lost for nouns, as they will also be travelling to Singapore along with Wilcard Gaming to compete in the Last Chance Qualifier.

The game plan for Soniqs was pretty straight forward – ban the Faceless Void. In the upper bracket final, nouns first phased the Void in both games, and Soniqs were unable to deal with it. So they banned out the hero in the first phase for the first two games of the grand final, and it paid off.

Game 1 was the only close game of the series. The game was dead even till the 38th minute mark, when nouns’ Gyrocoter got caught out in the enemy jungle, and Vengeful Spirit and Omniknight died trying to save him. After that, the game quickly slipped out from nouns’ hands. Soniqs secured the Roshan and ended the game in the next six minutes.

Games 2 and 3 were absolute one sided demolitions. Soniqs wanted to get revenge for their loss in the upper bracket final, and they did not hold back. Although both games ended close to the 40 minute mark, the fate of the games had been decided quite early. Soniqs just took extremely measured steps to ensure that they didn’t let the games slip away from them.

It hasn’t been the easiest of journeys for the team. They started with a young roster at the start of the season, but had to revert back to the old guard when things didn’t work out. Which is why it is understandable that team manager Jack “KBBQ” Chen was relieved after the team secured their place in Singapore.

With the NA qualifiers done and dusted, only two remain – Southeast Asia and Western Europe. Those two qualifiers will begin on the 13th of September and end on the 17th. Once we have a winner for the two remaining regions, the 18 teams going to TI11 will be decided, leaving only two spots open for the conquerors of the Last Chance Qualifiers.

Team invited directly to TI11 based on DPC points

Will Soniqs have a strong showing at TI11?