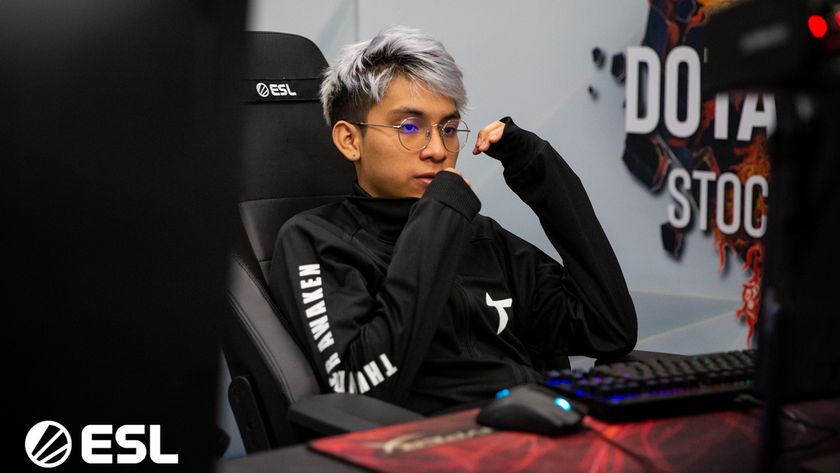 Thunder Awaken had the answer to BetBoom Team’s rat Dota to stay in the upper bracket and join Tundra Esports in the ESL One Stockholm Major semifinals.

First Major of the year entered the playoffs stage and the first two quarterfinal series have already delivered breathtaking duels.

Tundra Esports, who crushed it in Group A and entered the playoffs with a 11-1 game record, the best across all teams at the Major, opened the playoffs stage pitted against the TI10 champions, Team Spirit, who finished just fourth in Group B.

First game between the two, put Team Spirit in the impossibility to keep their carry safe through the laning stage as Tundra brought a Lycan - Snapfire combo against Illya "Yatoro" Mulyarchuk’s Ursa and bullied him for the first 10 minutes with Cookie on Lycan’s wolfs. Yatoro lost his life twice in the first 10 minutes to the nearly impossible to anticipate stun delivered with invisible units and with him fleeing in the jungle, the Roshan tempo based game that Spirit was looking for was completely shut down. Dragging the match into a late game scenario wasn’t an option either as Tundra had a Naga Siren to secure the match.

Snapfire got first picked by Team Spirit in the second draft and the Lycan was banned, forcing Tundra to bring something else to the table. Their choice was a double Doom threat with the Grimstroke Soulbind combo. Tundra’s easy to execute combos allowed them to force early skirmishes and once again dominate for the most part of the game. But running a mid lane Tiny, a carry Chaos Knight, and an offlane Doom without any buffing supports, their high ground push wasn’t great and that gave the time for Team Spirit to optimize their item builds for the Double Doom problem that they were facing.

Team Spirit went for 4 Linken's Spheres, the only one not having the luxury to afford one, being Yaroslav "Miposhka" Naidenov on a position five Hoodwink. Nonetheless, his absolutely on point Bushwhack, catching three heroes most of the times, along with Yatoro turning into absolute beast mode on  PA past the 30 minute mark, forced a decisive game three.

But, coming off from a pretty tense game two, Team Spirit were not prepared for a special treatment from Leon "Nine" Kirilin in the final battle for a secured top six finish at the Major. Tundra Esports had the last pick and didn’t hesitate to bring a mid lane Keeper of the Light to keep themselves in the upper bracket.

The unconventional picks continued on the first playoff day in Stockholm as perhaps the two most unique teams in terms of hero preferences entered the lobby.

BetBoom Team chose to play three Nature’s Prophet carry matches in their playoff opener and that wasn’t a problem at all as Nikita "Daxak" Kuzmin is a master on the hero.

However, they spared Thunder Awaken from actually having to ban Daxak’s other terrifying signature hero, Visage by first picking the Furion in two of the three games.  Another piece of bad news for BetBoom was that Thunder Awaken came well prepared to deal with the chaos that Daxak can deliver with his carry Furion. They countered his right click damage with a carry Templar Assassin and overall beefy cores able to take the team fights, while the supporting duo Snapfire and Pugna added the extra magic damage needed and were perfect additions to clear the lanes.

Despite not working as intended, the Furrion carry came back in game two and delivered a rat Dota masterclass.

Thunder Awaken had a Storm Spirit mid lane and a support Windranger as direct counters and were once again able to dominate the game. The 40 - 17 final kill score in favour of Thunder Awaken tells the entire story of how well the game went for them.

However, kills don’t always matter in Dota, especially when you play against a Nature’s Prophet capable to seize any opportunity to take down the throne. A couple of pickoffs around the 30 minute mark on TA’sa cores allowed Betboom to take the mid lane barracks and 10 minutes later, when Thunder Awaken went for a Roshan kill, the inevitable happened.

BetBoom enhanced the push power in the decisive game with a mid lane Death prophet, but they once again had to power through a carry TA with a Pugna support behind her. On top of that, Thunder Awaken also picked a mid-lane Batrider and an offlane Kunkka to offset the push and the team fights. They also paid much more attention to the lanes to avoid another rat Dota treatment and in the end they joined Tundra esports in the top 6 at the ESL One Stockholm Major.

Both BetBoom team and Team Spirit will now have to continue their Major journey through lower bracket elimination rounds.

Will BetBoom continue to pick Nature’s Prophet in the lower bracket rounds?