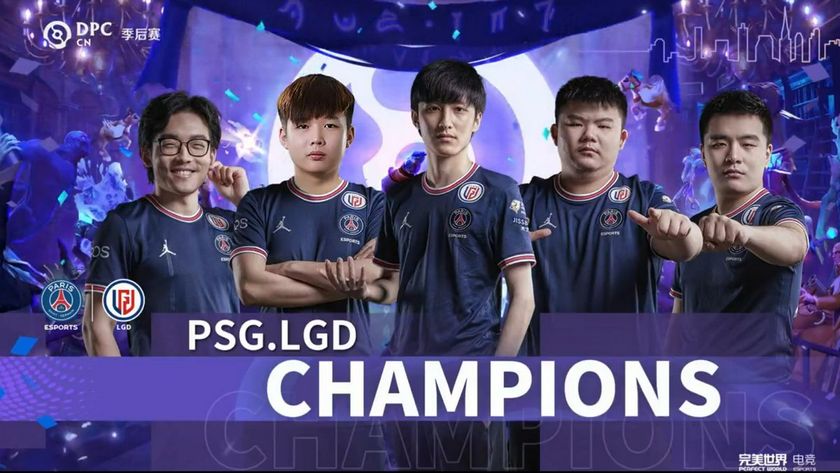 At the end of the Spring Tour, China has once again crowned its champions in a regional finals format.

Unable to travel to the upcoming Spring Tour Major, the top four teams from China dueled this weekend for a share of the 750 Dota Pro Circuit points available in the regional finals format.

PSG.LGD, Xtreme Gaming, Team Aster and Royal Never Give Up fought in a double elimination bracket with DPC points up for grabs only for the grand finalists.

Team Aster delivered quite a surprise in the upper bracket finals when they took down PSG.LGD 2-0 to secure a top two finish. The bigger surprise came in the opening match of the lower bracket final, where PSG.LGD lost game one to Xtreme Gaming. The latter drafted a high burst duo core with Clinkz in carry position and a Lina mid lane that took complete control over the game and utterly suppressed PSG.LGD’s Phantom Lancer.

Nonetheless, China’s finest team showed its true colors bouncing back through the next two games of the lower bracket finals and then proceeded to a clean 3-0 swipe over Aster in the grand finals.

Though in the regional finals the amount of points offered is way lower than what a Major grand finalist team would walk away with at the Stockholm Major, PSG.LGD have already taken a decent lead in the DPC rankings by completely dominating the competition in their region for two seasons in a row.

For now, they sit in the first place with a total of 1400 points accumulated through the Winter and Spring tours. However, with the Stockholm Major offering 680 points to the champions and 610 to the runners up, there is a small chance that PSG.LGD will drop to the second place in the overall ranking.