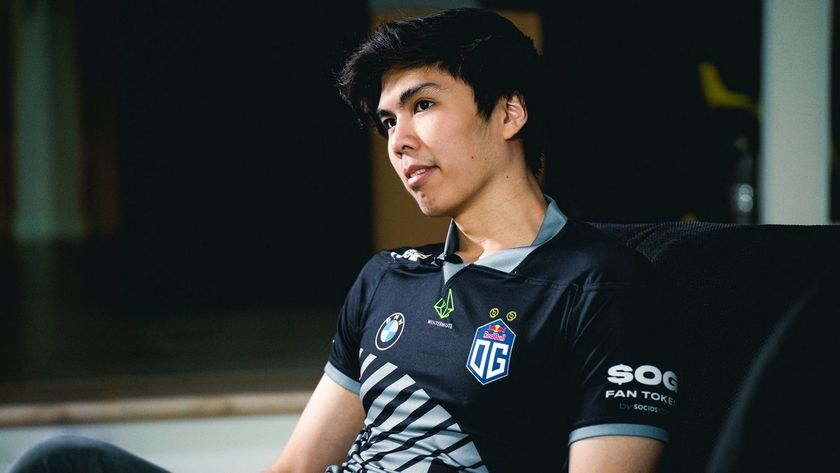 OG consolidated their top four position in the Spring Tour Western Europe regional league, while Brame Esports landed their first win at the halfway point of the season to keep the hope alive.

After losing every single match up against Tundra Esports in the previous league season, OG finally broke the curse in the Winter Tour regional finals. Entering the Spring Tour, OG are now the ones who seem to have Tundra’s number as they land another important victory.

This time around, OG’s clean 2-0 win over Tundra consolidated their top position in the WEU league and it keeps them very much in the running for a spot at the Stockholm Major, the first LAN of the 2022 Dota Pro Circuit. The clean victory was secured with two Enigma drafts and spot on coordination from the new OG guard, who outmaneuvered the much beefier Tundra line-ups.

Game one featured a powerful Chaos Knight- Keeper of the Light duo, along with an Abaddon and Pangolier from Tundra, but all of them got outplayed by Tommy "Taiga" Le’s Enigma and Ammar "ATF" Al-Assaf’s signature Timbersaw.

In the next match, Enigma got top priority and was first picked by OG, while Ammar got to play Mars, his other monster hero, making it impossible for Tundra to team fight even with an Io-Gyrocopter duo on their side.

OG’s win over Tundra puts the two teams tied for second place in the league, with a 3-1 overall series score at the end of Week 3.

The other team to end Week 3 on a positive note is Brame Esports, who are now looking to mount a full comeback in the WEU regional league.

Heading into the third week, Brame were sitting on a 0-3 losing streak while their adversaries, Nigma Galaxy were at 0-2. Both teams were in dire need of a victory in order to keep the hope alive for a possible top four finish, which would grant them a ticket to the Major.

Brame had the first pick in the opening game of the series and carefully crafted their draft towards hard lockdowns with Sand King- Grimstroke openers, followed by Chaos Knight and Windranger, while Nigma tried an old Huskar-Dazzle combo with a mid-lane Snapfire for extra minus armor and nuke potential. However, their idea only worked during the laning stage.

Once the team fights started to happen, Brame’s net superior control led to four team fights in a row lost by NGX and the game spinning out of control.

Game two witnessed another good laning stage for Nigma, who went for more lockdown spells and strong saves potential with a Tusk and a Bane in the support positions.

However, the disaster came at the 16-minute mark when they were grouped around the Rohsan pit and were ready to claim the Aegis, but they weren’t really positioned to prevent a possible Hookshot steal from Brame, which is exactly what happened.

Brame had for game two superior vision and scouting options courtesy of Beastmaster, Clockwerk and Keeper of the Light picks. They were perfectly aware of the Roshan attempt of Nigma and had all the tools to check on Roshan’s health bar status.

On top of that, Giorgos "SsaSpartan" Giannakopoulos’ perfectly timed Hookshot to snatch the Aegis was followed by a very lucky Force Staff instantly used on him by  Maroun "GH" Merhej who tried to push him out of the pit to prevent the steal. Unfortunately for Nigma, that was a perfect save for SsaSpartan who escaped alive and delivered the turnaround play for his team.

Brame’s clean 2-0 victory over Nigma Galaxy marks their first win in the Spring Tour and pushes them to the middle of the pack in the standings with an overall 1-2 series score. For Nigma, the season just became tougher, as at the halfway point in the Spring Tour they sit at the very bottom of the standings with no victories and three losses. They still have another shot at stopping the losing streak before the week finishes.

Sunday, April 3 at 17:00 CEST Nigma Galaxy will be pitted against Gladiators, who are currently the only team remaining undefeated in the league, with a 3-0 record.

Will Nigma Galaxy bounce back in the Spring Tour second half?