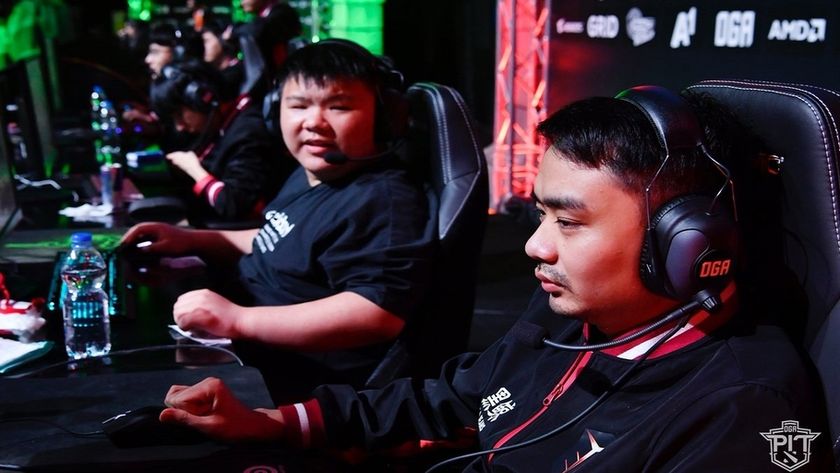 RNG, Gambit, BOOM-ID, Forward Gaming and Majestic saw the end to their adventures in OGA Dota PIT Minor as first elimination series draw to a close.

On the first day of eliminations in the ongoing event in Croatia, six teams had to fight teeth and claws in the underbelly of the Lower Bracket where only one of them would survive.

The first game of the day turned up to be an unexpected upset as newly-coined South American team Majestic unseated Group Stage favorite Royal Never Give Up with a lineup full of early-to-mid-game aggression, featuring heroes such as Grimstroke and Shadow Shaman. Despite their initial lead of 10-4, RNG lost 2 critical teamfights at minutes 19 and 22, crumbling under their opponents' excellent execution of combos. Racing against the clock due to the Chinese team's late-game oriented picks, Majestic cemented their lead by taking down 2 sets of barracks 26 minute in, and after a successful Roshan attempt, seizing the game at the 30-minute mark.

The Peruvian team then proceeded to play against BOOM-ID. With 4 teammates keeping opponents busy, their Phantom Lancer was able to almost free farm and accumulate his core items quickly. The game started to tilt Majestic's way as they managed to wipe out opposition in 2 teamfights at minutes 22 and 27. Riding on the gained momentum, they secured the game 3 minutes later, knocking out the Indonesian Hungry Beast. The Phantom Lancer ended with an impressive 11/0/5 kill count and 749 GPM.

The battle between 2 struggling teams, EHOME  suffering from previous roster shuffles and player injury and Gambit seemingly underperforming recently, had a rather passive start as the Russians uncharacteristically played it safe. After 40 minutes of both squads dancing carefully around each other, they were still neck-and-neck with neither having more than 1k gold lead. However, as EHOME's Drow Ranger became more farmed up, Gambit started to succumb to her high damage, losing teamfights and barracks and eventually surrendering the game at 48 minutes, ending their run this Minor without taking a single win.

The audience was excited to see a mid-lane melee brawl between Ember Spirit and Underlord as EHOME went on to defend their position against Forward Gaming. It was another close game as both sides played cautiously and tried to capitalize on their opponents' mistakes. The Chinese didn't establish their advantage until 37 minutes when they emerged victorious from a teamfight and went high ground. 5 minutes later, EHOME took down the enemy base with the help of Ning 'xiao8' Zhang's Underlord, whose upper hand in the early laning phase had turned into substantial in-game presence.

Facing against Majestic. for the only ticket out of the Bracket of Death, EHOME picked Underlord again for xiao8, as well as Shadow Fiend for old school player Feichi 'Ferrari_430' Luo. The lineup worked well as the team dominated from the start, eventually managing to close the game in 32 minutes, before Majestic. could drag it into the later phase where their Spectre could grow up to become a menace. In the end, EHOME lived to tell the tale, and to show that in spite of their roster problems, the time-honored gaming powerhouse can still put on a solid performance.

The action will continue today, April 27th at 18:00 CEST with the Upper Bracket finals between Ninjas in Pyjamas and Alliance.

Do you like the elimination format in this Minor?