VGJ.Storm secure top brackets in Group B at the end of The International 8 Day 3 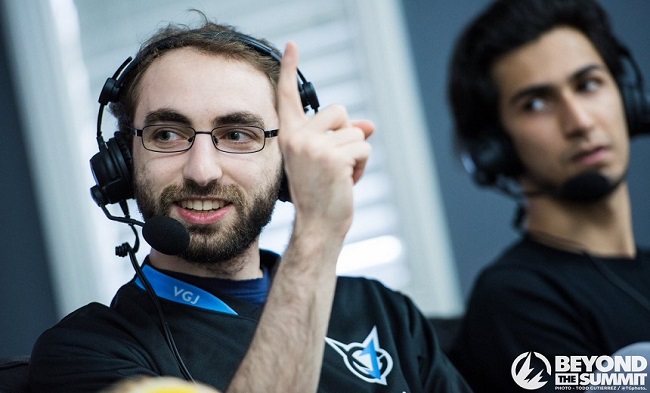 Without so much as missing a beat since opening day, VGJ.Storm continued to barrel through Group B to clinch a spot in the upper brackets of the The International 2018 playoffs.

The North American team has literally stormed through Group B and fans hearts in the first three days of the TI8 group stage. VGJ.Storm has created waves with their outstanding performances and thrilling plays, knocking the teams down and surging over even the tournament favorites.

After a grueling 60-minute match in which VGJ.Storm took the lead and game off of TNC, they wiped the floor clean with them in only 20 minutes.

Looking invincible, in their next series, they took the first match off of Newbee in a very convincing win. However, the Chinese team unleashed Song "Sccc" Chun on Invoker to take them down with a perfect performance and 20:0:19 record.

Virtus.pro, TNC and Team Secret are all primed to be the teams to snatch up the last three upper bracket spots for the playoffs, but with two more series remaining anything can happen.

Perhaps for some, one of the biggest surprises has been how well PaiN Gaming has been holding their own against some of the big dogs and highly decorated teams. They have been able to take a game off of all of their opponents forcing a draw in each of the series —except against VGJ.Storm who are firing on all cylinders. Full of grit and perseverance, the South American team continues to make strides in their performances and results. There is little doubt about how much they have evolved over the course of the DPC season and deserve to be sharing the stage with the best teams in the world.

OpTic Gaming was within inches of qualifying for a direct invite to The International 2018, ending the DPC season in the 9th place ranking —one place shy of the honor. Many were optimistic and excited about the team's progression and had high hopes for their performances in both the group stage and main event. Unfortunately, the North American based team is struggling to find their footing in the group stage and right now is on the brink of early elimination as they sit in last place. They will need to fight with all of their might and head into the last day with all they have to see the main stage.

The last day of the group stage will be live at 18:00 CEST today starting with Group B.

The International 2018 will take place August 15 through August 25. For the first time ever, The International will be held in Vancouver, Canada with a total of 18 teams competing. Currently, the prize pool is over a staggering $24 million.

Will Optic Gaming survive the last day and get to the main event?

Yes, they can do it
Thank you for voting!
No, they will be eliminated
Thank you for voting!
Cristy “Pandoradota2” Ramadani
Pandora is a behind the scenes Dota 2 professional Jack of All Trades. When not busy with Dota 2 work, she is out trying to save the world or baking cupcakes. Follow her on Twitter @pandoradota2
Share Tweet
272 people reacted to this post