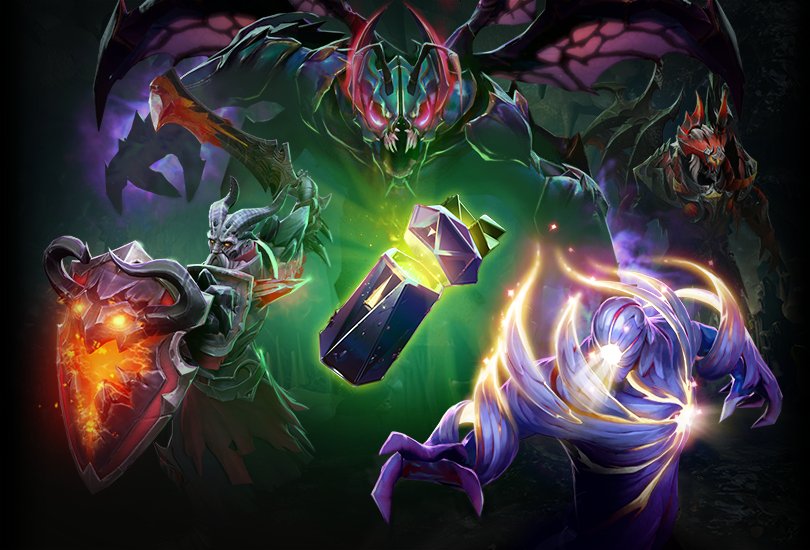 The time between the Open and Regional Qualifiers and the Main Event of The International is usually filled with a lull that cannot be filled enough with public games and battle cups. Even professional players who are popular for their streams are busy scrimming for the big event. However, this year, we have plenty to keep us entertained and fill the void that the Major and Minor tournaments has left behind.

Let us take a look at all that has happened over the past week: Coming in as a true underdog due to his lack of popularity in the pub scene, Elder Titan surprised everyone by winning Beyond The Summit's meme tournament Bot TI. Despite being conceptually strong to the point of being broken in the specific scenario of the tournament, he was particularly weak against Abaddon. He lost to the same in the upper bracket semi-finals in an extremely close matchup, sending him to the lower bracket to face Phoenix. He defeated the bird who showed incredible skill and adaptation to the conditions of the game, securing an impressive 3rd spot despite entering as the lowest seed at the Main Event.

Elder Titan would once again go up against Abaddon in the grand finals which was played in the same fashion as the previous matches. The series went to a game 3, level 25 matchup, similar to the last series they played, this time ending in Elder Titan's favour. The hero turned the tables and won in spectacular fashion, with a score of 5-1.

The question now remains what reward the hero will receive, as it was made clear that the prize pool of the tournament was an astounding $0. Petitions have been made to request Valve to release an Arcana for the hero, but only time will tell whether that will actually happen.

OpenAI set to play against a team of high-rank players

Last year, Elon Musk's non-profit AI research company defeated several professional players, including Daniel "Dendi" Ishutin in a 1v1 matchup of Dota 2. This year, they aim to take on some of the best players in the game to determine whether they can reach the level of top professionals by The International at the end of August. The human team will include Blitz, Capitalist, Fogged, and Merlini along with one more yet to be determined player, who fall in the 99.95th-percentile of players in the entire world. Some of them have also played professionally in the past.

Furthermore, Bill Gates expressed his enthusiasm about the project on Twitter. The OpenAI team of bots defeated several amateur players at the game one month prior for the purpose of preparation. The positive feedback from billionaire, philanthropist, business magnate and founder of Microsoft was a great sign for the future of AI and bots in Dota 2 alike.

Details regarding the match and rules can be found on their blog. The game is set to be played on August 5th at 12:30 PST (UTC -7:00) in San Francisco. It will also be streamed on Twitch.

Earlier this week, Valve released the Promise of the Eminent Revival treasure, which was made available to all Battle Pass owners who reached level 615. The set featured Immortal items from previous treasures that were revamped to have two styles: one to match this year’s event, and a second unlocked through playing. The treasure grants all five items contained within it upon opening.

However, the feedback for this treasure has almost been universally negative.

Unlike Valve's traditional style, a second treasure was released just three days after the Promise of the Eminent Revival. It is also the first time that a second Collector's Cache has been released in one season of the battle pass.

It was almost as if to compensate for the Collector's Cache I, which was also not received well by the Dota 2 community. The treasure was sold at a price of $1.99 with bonuses in battle points for purchasing multiple treasures. Fortunately, this version of the cache has been universally acclaimed by the community, who is still pining for the Immortal Treasure III.

Virtus.pro's world class midlaner Vladimir "No[o]ne" Minenko has reached the top of the European ranked matchmaking leaderboards on both his main and smurf account.

A fantastic accomplishment, it shows the player's dominance and motivation heading into the main event of The International 2018. As undisputed leaders and 4 time Major winners of the 2017-2018 Dota Pro Circuit season, Virtus.pro look just as strong as ever.

Following the release of the Promise of the Eminent Revival and Collector's Cache II treasures last week, the prize pool of the International 2018 got a significant boost which has now helped it cross that of TI6, TI5, TI4, TI3, TI2 and TI1.

The only threshold it is yet to cross is the prize pool of TI7 which stands at $24,787,916. With the current pool standing at $21,573,694, the community will now have to accumulate $3,214,222 in the remaining 35 days before the main event of The International. Thankfully, we have yet to see the release of the Immortal Treasure III, which may make or break it for the prize pool this year.

What do you think was the most important event to occur since the qualifiers, and what will be the most relevant one in the coming weeks before the main event? Let us know in the comments section below!

Do you think OpenAI can beat the best human players in Dota 2?