Newbee and Liquid rematch set for ESL One Genting 2018 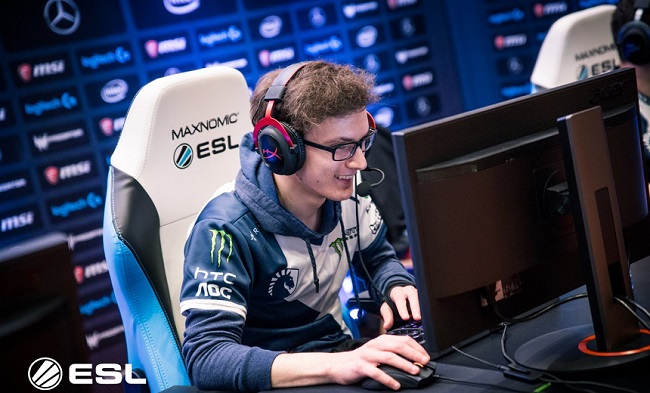 Newbee and Team Liquid are set for a TI7 rematch as the champions and runner up teams will lock horns for the ESL One Genting 2018 title.

The semi finals wrapped up with two extraordinary series revealing Newbee and Team Liquid as the last two teams standing.

In an unexpected and unfortunate last moment turn of events, Team Secret were forced to replace offlaner Adrian "Fata" Trinks due to sudden illness. Stepping into his place was none other than local star Khoo "Ohaiyo" Chong Xin. Song "Sccc" Chun was the clear MVP for Newbee in both games with a spectacular showing in the first match that lead to a complete stomp over the Europeans and then a phenomenal performance and coordination with his team for a thrilling upset to claim a victory. The second game was one for the books and VODs as Team Secret were in control for the entire game and were leading by 22k gold until, they weren't at minute 42, when Newbee turned the tables and claimed an unexpected win only four minutes later to advance to the grand finals.

In the second series of the day, Team Liquid came out of the gates swinging and absolutely shellacked Evil Geniuses in 22 minutes with a 25:5 record and 17k gold lead. On a roll, the second game started out looking to be the same, if not worse for the North American giants. It took almost 18 minutes for EG to get a kill on the board with Team Liquid already registering more than 20. Not giving up when many thought it was more than over, Evil Geniuses continued to fight out longer, but inevitably dropped with a 40:8 score in 36 minutes. With a kill a minute in both games, Team Liquid steamrolled their way to the grand finals.

Was this the results you were expecting

Yes it was!
Thank you for voting!
The teams were what I expected but not like this!
Thank you for voting!
Cristy “Pandoradota2” Ramadani
Pandora is a behind the scenes Dota 2 professional Jack of All Trades. When not busy with Dota 2 work, she is out trying to save the world or baking cupcakes. Follow her on Twitter @pandoradota2
Share Tweet
479 people reacted to this post