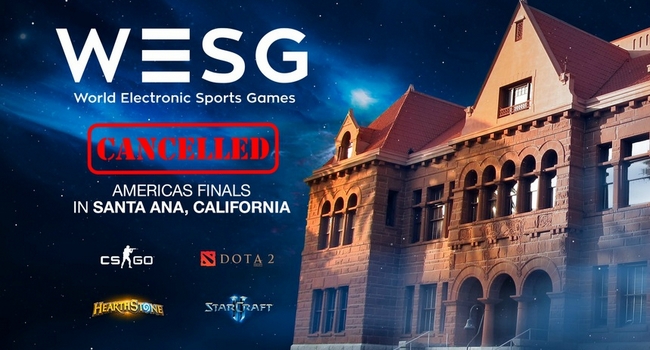 Should have taken place in Santa Ana, California February 1-4, however, due to multiple complications with the visa application, Alisports decided to cancel the LAN event and instead, to hold all the Americas qualifiers finals online. This applies to all the four games part of the WESG competition, Dota 2, CS:GO, Hearthstone and StarCraft II.

“
Since the visa application for some of the players are tough. To ensure the equality participation and safety of players, we decide to shift it online" ” – official comment of Alisports

WESG Americas qualifiers finals dates remain the same, February 1-4, the prize pool, competition format and the number of spots into the Global Grand Finals are also unaffected. But, changing the event from offline to online, the organizers decided that for Dota 2 and CS:GO, the participants to be split into North and South America divisions to avoid any latency issues.

For the Dota 2 tournament, the North America division has four spots to offer to the WESG Global Grand Finals while South America has three with a total prize of $75,000 split as follows: